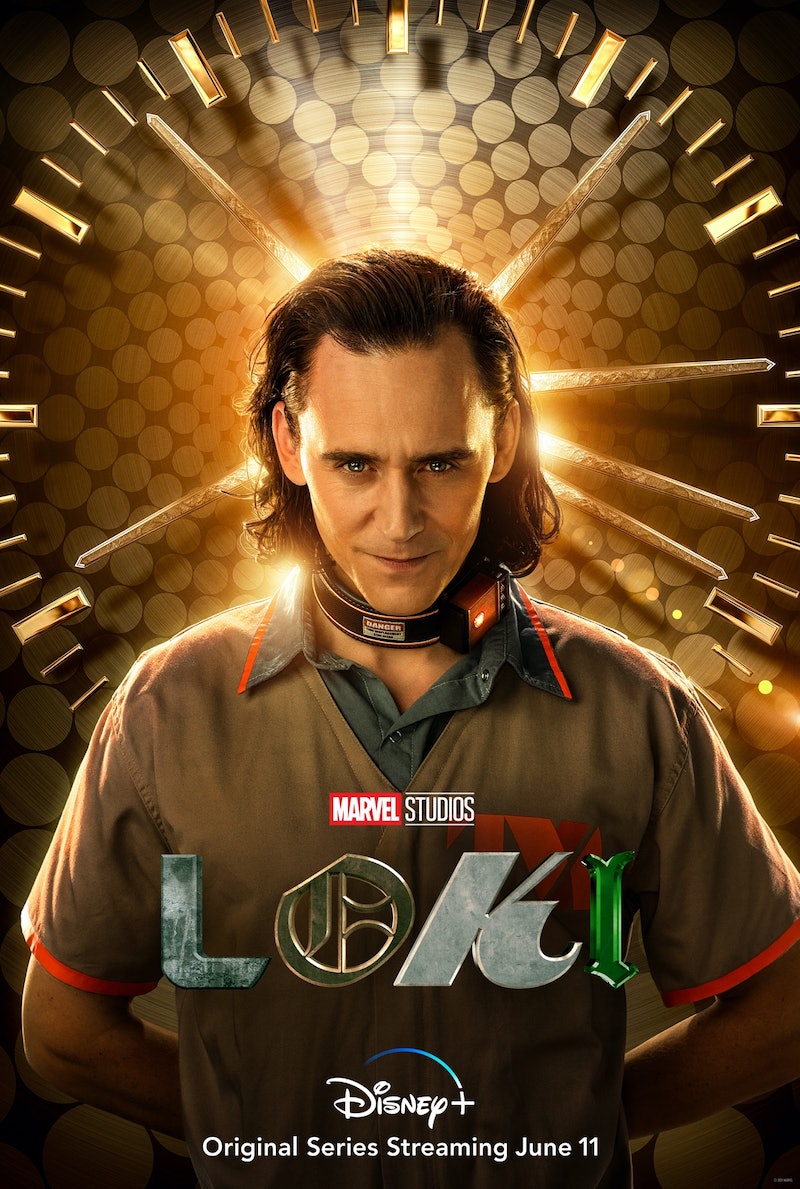 Marvel fans have waited nearly three years for the official premiere of Disney’s Loki live-action television series. Following the official trailer drop in December and the equally gripping subsequent March trailer, Disney has shared even more details about the latest Marvel installment. Now, the time for the God of Mischief’s debut on the small screen is upon us: Loki’s release date is set for June 9 on Disney+, a late-in-the-game switch from the original premiere date of June 11.

Loki’s arrival will be a pleasant surprise, especially as there was an extended wait time for the series’ launch. In March 2020, production paused because of the COVID-19 global pandemic, which affected filming for several Disney+ shows. Of course, production was eventually able to resume, and Disney wasted no time getting Loki ready for mass consumption. Cue the delightfully obsessive Easter egg YouTube videos avid fans will post as soon as the series is finally available. Before you make plans to stay up way too late to catch Disney+ and Marvel’s next ambitious series the second it drops, here’s everything to know about Loki:

It goes without saying that Loki stars actor Tom Hiddleston, who reprised the titular role after the shocking events from Avengers: Endgame. As the official synopsis states, Loki will chronicle the shapeshifter as he "pops up throughout human history as [an] unlikely influencer on historical events." In a 2019 Entertainment Weekly interview, Hiddleston shared the series will also see Loki’s "psychological evolution.” He added, “It's very, very exciting because in many ways it's the character you know, but in a context you've never seen him in before.”

There’s every possibility that Loki will directly feed into the events of Thor: Love and Thunder and Doctor Strange in the Multiverse of Madness. Because this is Marvel, the specifics about how Loki and its mischievous subject will impact the cinematic universe will likely remain incredibly vague until the entertainment giant is good and ready to disclose further details.

If you need a refresher on Loki before the series drops, Hiddleston recaped Loki’s history in 30 seconds and showed just how much the character has been through.

The first official trailer jumps right in with Loki snatching the Time Stone in Endgame and disappearing into an electric cloud of smoke before he reappears in a sandy valley. Then, the teaser shows him in the custody of the Time Variance Authority, which is a time travel law enforcement agency. What ensues is a series of hand-to-hand combats, flashes of a cloaked, possibly sinister figure, and a mid-flight escape, all of which will leave fans with more questions than answers.

On April 5, Marvel gifted fans with another Loki trailer, which poked fun at his backstabbing tendencies. “Well, I’d never do it again,” he promised, just before a compilation of sword fighting and an avalanche of chaos and dirt.

During the MTV Movie and TV Awards on May 16, Hiddleston introduced a sneak peek all about Agent Mobius, part of the TVA’s “courageous, dedicated workforce ... created by the Timekeepers to protect the sacred timeline.” As Loki starts to piece together all this information, he concludes that Mobius and the “little club” are “absurd” and laughs in the agent’s face.

Several pressing questions might be answered for fans during the series premiere, including whether Captain America, played by Chris Evans, will join the cast. Avengers: Endgame directors Joe and Anthony Russo implied the possibility while talking to Business Insider in 2019, adding that Cap’s presence in Loki would serve to explain exactly where and when he vanished to following his theft of the Tesseract during the time heist in Endgame.

“Loki, when he teleports away with the Time Stone, would create his own timeline. It gets very complicated, but it would be impossible for [Cap] to rectify the timeline unless he found Loki.” Joe continued, “The minute that Loki does something as dramatic as take the Space Stone, he creates a branched reality.” Anthony added that there are “multiverses and branched realities,” so Cap showing up in a new timeline to face Loki could happen on the Disney+ action-fantasy.

To add further mystery to the Evans cameo, in January 2021, Deadline reported that he would briefly come out of his Captain America retirement for an unspecified small role. However, the actor appeared to deny those rumors by tweeting, “News to me.” Of course, it’s not unlike Marvel stars to try and throw fans off their tracks, so the rumors lingered. But in March, Marvel Studios president Kevin Feige told Entertainment Weekly, “I rarely answer no to anything anymore because things are always surprising me with what happens, but that rumor, I think, was dispelled rather quickly by the man himself.” Do with that information what you will.

Other familiar faces confirmed to star in Loki include Gugu Mbatha-Raw (A Wrinkle In Time), Sophia Di Martino (Yesterday), Wunmi Mosaku (Lovecraft Country), and Richard E. Grant (Doctor Who). Owen Wilson will also join the crew as a character named Mobius M. Mobius. The Wedding Crashers star shared on an episode of Sirius XM’s The Jess Cagle Show that Hiddleston helped him prepare for his Loki role in a very academic manner.

Wilson explained, “They were almost like kind of the Loki lectures ... for a couple days, [he] kind of walked me through everything and the whole lore and showing me clips from the other movies and how it all fed into this story.” He also said Hiddleston’s description of Loki helped him better understand Mobius.

The first episode of Loki comes out on June 9, with new episodes coming out every Wednesday, making Loki already different from its Disney+ predecessors (but then again, Loki’s always done his own thing). The update was announced on May 5 by Marvel, with some help from Hiddleston himself.

It’s unclear if Disney will pull another WandaVision and leave everyone begging for more after only one season. According to Production Weekly, via CBR, Season 2 is reportedly in the works and rumored to begin production in January 2022. However, that report is unconfirmed, and Loki is widely thought to be a miniseries.

More like this
Everything To Know About The 'Daisy Jones & The Six' TV Series
By Maxine Harrison and Brad Witter
Twitter Simply Couldn’t Cope With The ‘Happy Valley’ Finale
By Sophie McEvoy
'Happy Valley' Recreated This Moment From S1 In Its Penultimate Episode
By Sophie McEvoy
This Dark 'Happy Valley' Theory Is Staring You Right In The Face
By Sophie McEvoy
Get Even More From Bustle — Sign Up For The Newsletter
From hair trends to relationship advice, our daily newsletter has everything you need to sound like a person who’s on TikTok, even if you aren’t.