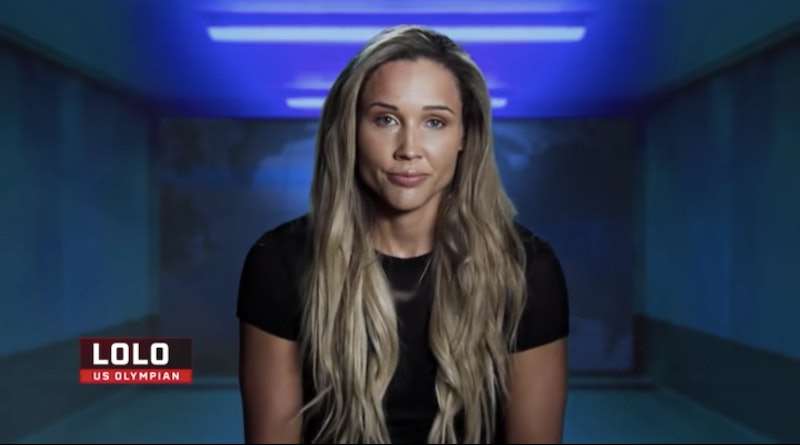 Olympic medalist Lolo Jones is currently making headlines not because of her athletic prowess but due to her shocking exit from this year's The Challenge: Double Agents. Jones quit the show during the Feb. 24 episode of the long-running MTV series, claiming that she had to head back to train for the Olympics. However, she took to social media one day later to state that she didn't leave of her own volition. According to Lolo, she was "forced" to leave the reality competition.

"I've never quit anything in my life. Heck I'm one of the oldest Olympians bc I don't quit, I was pulled aside after the show and told to make it look like I needed to leave," Jones tweeted. The former Challenge contestant then went on to say there are "many secrets" unbeknownst to viewers and the show is simply a TV program and not a "real competition." Jones continued, "They Do Not show the full picture but what is entertaining. So before u write hate messages know u are judge and jury w/o full evidence."

After Jones' exit, her teammate, Nam Vo, humorously gave a nod to fellow contestant Cory Wharton's consistent "Rogue Agent" status throughout the current season, stating that not only is he one himself, but that's he also "even more confused about what to do now" that he's solo. And making Jones' exit even more dramatic is Challenge castmate and oft-known pot-stirrer Devin Walker, who offered his take on her critique. (MTV has yet to remark on Jones' statements.)

According to an US Weekly report, Walker believes Jones is "not confused, she's lying." He stated, "It didn't happen the way she says it's happening...There should be no space for [the lies] because it belittles everything that so many people have built and passed on." Speaking during a Challenge Mania Zoom meeting, Walker continued to call out Jones, adding that her tweets were "incredibly calculated." In his eyes, Jones has "zero credibility moving forward."

In December, it was reported that Jones was training for The Challenge: Double Agents and the 2021/2022 Olympics in tandem and that once filming for Double Agents was over for the hurdle and bobsled star, she would resume her Olympics training schedule. Before the show's winter premiere, Jones admitted that she only had a couple of weeks in which she "could do proper Challenge training." She added, "I tried my best."

Though Jones' Challenge outcome wasn't her ideal way of going out, it seems it may have been for the best and that there's actually a bright side to all of this. In her Feb. 25 tweets, Jones said that had she not been ousted from The Challenge, she "would not have made the USA Bobsled Team." She finished, "In the end God directs our paths. God knows how hard I fought to stay after meetings w producers."