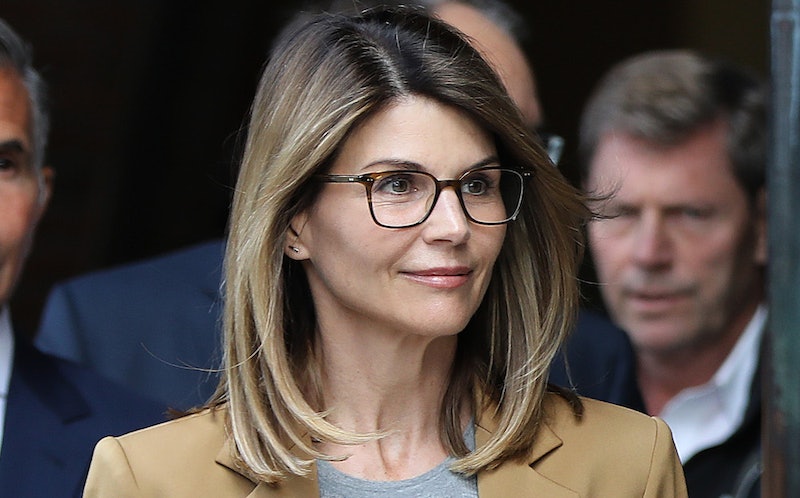 Following the five-month prison sentence of her husband Mossimo Giannulli, actor Lori Loughlin has been sentenced to two months in prison for her role in the college admissions scandal on Friday, Aug. 21. Loughlin must also spend two years on probation, pay a $150,000 fine, and complete 100 hours of community service for her involvement in the scheme that allowed her two daughters, Olivia Jade and Isabella Rose, to gain admission into the University of Southern California under the guise of rowing team recruits, a ruse orchestrated by mastermind William Rick Singer.

U.S. District Judge Nathaniel Gorton accepted Loughlin's plea deal via a video conference hearing on Friday, where Assistant U.S. Attorney Justin O’Connell remarked that Loughlin "was focused on getting what she wanted, no matter how and no matter the cost," per AP. O'Connell said the prison sentence was necessary to send the message that “everyone, no matter your status, is accountable in our justice system.” Loughlin's attorney BJ Trach she was “profoundly sorry” for her actions. In his own hearing, Giannulli said he took "full responsibility" for his conduct and was "ready to accept the consequences and move forward."

Loughlin and her fashion designer husband are two of 20 parents who have so far been sentenced for their role in the college admissions scandal that came to light in March 2019, dubbed Operation Varsity Blues. Overall, 55 defendants have been charged in connection to the scheme, which saw parents, coaches, administrators, and more public figures engage in bribery and fraud to arrange for their children to get in to top universities under illegal pretenses. About 41 defendants have pleaded guilty or plan to plead guilty.

Loughlin’s sentence comes after actor Felicity Huffman, another high-profile parent charged in the scheme, pled guilty to one count of conspiracy to commit mail fraud and honest services mail fraud in May 2019. She was sentenced to 14 days in prison. (Prosecutors initially recommended four months of jail time for the actor.) Huffman — who voiced “full acceptance of her guilt” and “responsibility” for her actions — was given an early release in October 2019 after having served only 11 days in jail.