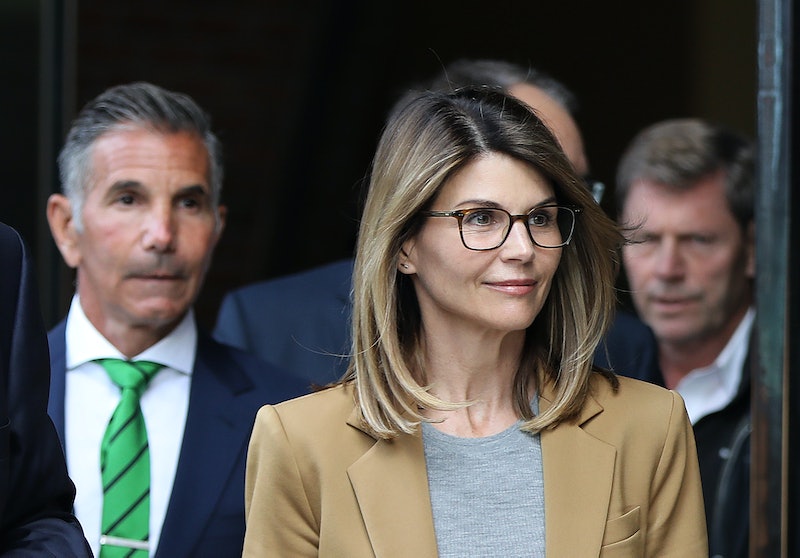 The couple — who were scheduled to go on trial in October — were charged with paying $500,000 in order to get their daughters, Olivia and Isabella, admitted to the University of Southern California as recruits for the crew team, despite the fact that neither of the girls were rowers. Loughlin and Giannulli denied that they paid bribes to get their children admitted, stating that they believed their money was a legitimate gift to the university.

In March 2019, federal prosecutors in Boston revealed that they had been investigating a wide-spread college admissions scandal, accusing thirty-three parents — including Loughlin, Giannulli, and Felicity Huffman — of bribing admissions officials in order to admit their children in a variety of schools. "These parents are a catalog of wealth and privilege," Massachusetts U.S. Attorney Andrew Lelling said at a press conference at the time. "Based on the charges unsealed today, all of them knowingly conspired to help their children either cheat on the SAT or ACT and or buy their children's admission to elite schools through fraud."

At the center of the scandal was William Singer, who ran a college counseling service and allegedly bribed SAT and ACT officials to correct students wrong answers and allow others to take the exams on behalf of the students. In addition, Singer allegedly falsified the athletic credentials of several students, staging photos of them "training" on a rowing machine or "playing" water polo in order to present them as elite athletes.

While many of the parents charged with conspiracy by prosecutors pled guilty (including Huffman, who was sentenced to 14 days in prison back in September), Loughlin and Giannulli intended to fight the charges and denied any wrongdoing. However, in the wake of the scandal, the actor was fired from the Hallmark Channel and her television series, When Calls the Heart, and her daughters, Olivia and Isabella, left USC and decided to "lay low" until the situation calmed down.

In May 2020, Olivia shared a Mother's Day tribute to Loughlin on Instagram, where she praised the actor for "[holding] my hand every day for 20 years making it look like motherhood is an easy job." She continued, "You are the most special person to me. I am so blessed to be your daughter and so proud to call you mom."