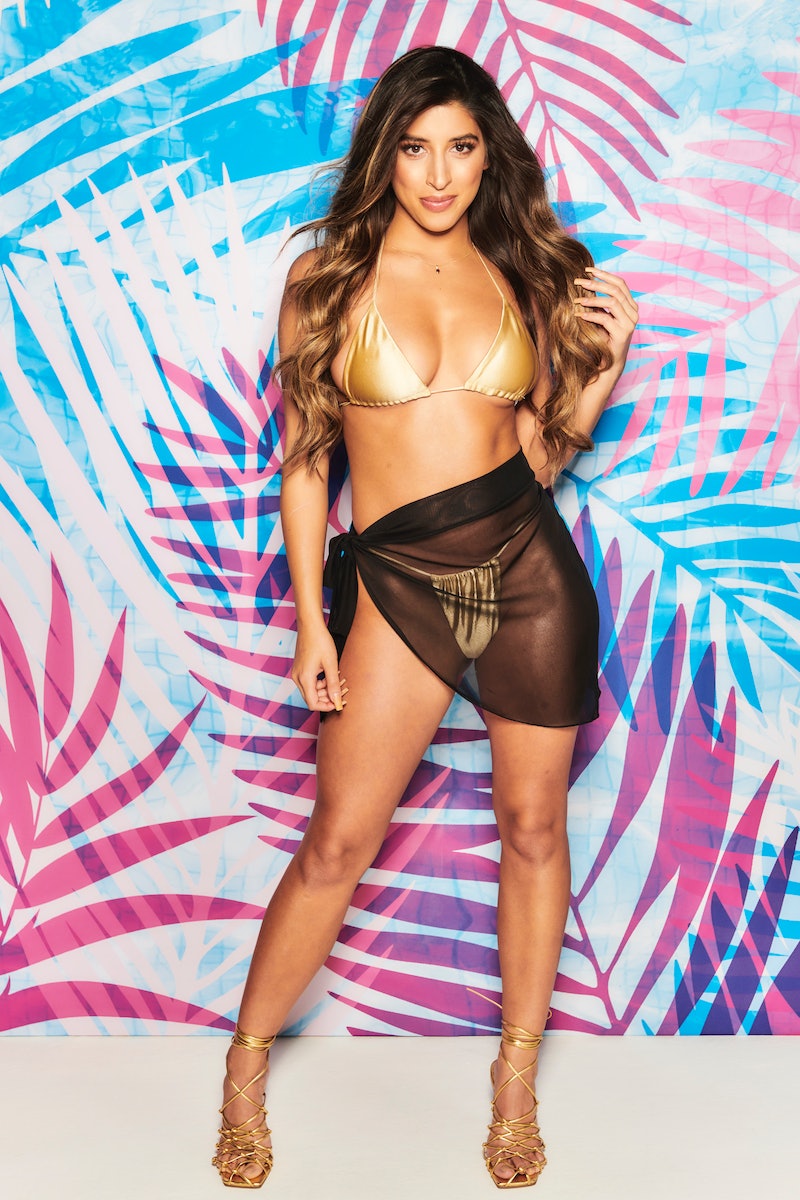 It’s hard to believe viewers have lasted 15 months without a new season of Love Island due to the current pandemic. Thankfully, it’s time to rejoice as the UK’s favourite dating show is finally back for 2021. As it was confirmed earlier this month, ITV has recruited a brand new bunch of hot young singletons who are looking to find romance and hopefully win a hefty cash prize. Ahead of the release of the seventh series on Monday, June 28, ITV is gradually revealing the new islanders, including Fife-based model Shannon Singh, who has an eye on a “handsome hunk.” Here’s everything you need to know about Love Island contestant Shannon.

What Is Shannon Singh’s Job?

No stranger to the camera, Shannon is a model as well as an Instagram and Youtube star, who seems to moonlight as a DJ too. The Scottish influencer revealed to ITV that she used to be a glamour model when she was 18, which she describes as her “glory days.”

It may come as no surprise that Shannon already has a huge Instagram following. At the time of writing, she already has more than 257,000 followers and as previous contestants have proven, this number will skyrocket over the next few weeks. On the ’gram, Shannon posts a number of sexy and fun mirror selfies and outfit posts, with a few enviable holiday snaps thrown in for good measure. She’s a keen gamer, too, and can also be found on Twitch.

What Else Is There To Know About Shannon Singh?

Described by her friends as “hilarious”, “fiery” and “lovable”, Shannon is said to be looking for a guy with great energy and admits that she “doesn’t feed off looks.”

“I need someone with personality,” she shared to ITV in a statement. “Just someone I can have fun with. I’m a party girl, I love going out, I’m very social. For me, it’s quite hard to find people who are genuine and looking for what you’re looking for. I’m not just going to go with anyone because they’re convenient. I need to make sure they’re for me.”

While looks aren’t the be-all and end-all for the model, Shannon admits she still has her eyes set on someone, well... fit. “[Obviously, they’ve got to be handsome,” she shared “but if he’s a handsome hunk but it’s like talking to a brick wall and I’d rather watch paint dry, it’s not going to be great.”

Ahead of her Love Island adventure, the Indian and Scottish model appeared in the BBC’s Brown Girls Do It Too podcast in February, revealing some fun details about her past, and her father’s surprising alternative career.

Under her former pseudonym, “Alexa Singh”, she revealed her dad used to be a stripper. “When I got to secondary school, my friends would be like, ‘your dad did my mum’s hen do,’” said Singh, who says she finds her dad's dancing past “jokes.”

The tell-all conversation soon turned to challenging conservative stereotypes about Indian women and her parent’s views on her career as a glamour model. “When people say, ‘oh, but you’re Indian?’ People just assume that my mum and dad wear turbans, saris and bindis, and we cook curries seven days a week and we’re really religious. Trust me, I make a bangin’ curry but I’m on the other side of the spectrum.”

Singh explained that her supportive mum “was the reason” she got into glamour modelling in the first place. Aged 18, she was encouraged to “do page three” and took topless pictures which were sent to a London agency. On taking topless photos, Singh said: “It never bothered me. I don’t get the big hoo-ha with them, boobs are boobs.”

Now a model and influencer, Singh shared that she just “ignores” the flack she receives on Instagram due to her sexy photos. She also reportedly shut down her OnlyFans account before entering the villa after she found her content was being leaked, according to the Mirror.

“I’m never bothered about posting sexy content because I think it’s so empowering,” she said on the BBC podcast. “I think it’s important, you don’t see any Singh girls doing glamour. If I have to pave the way, I’ll pave the way.”