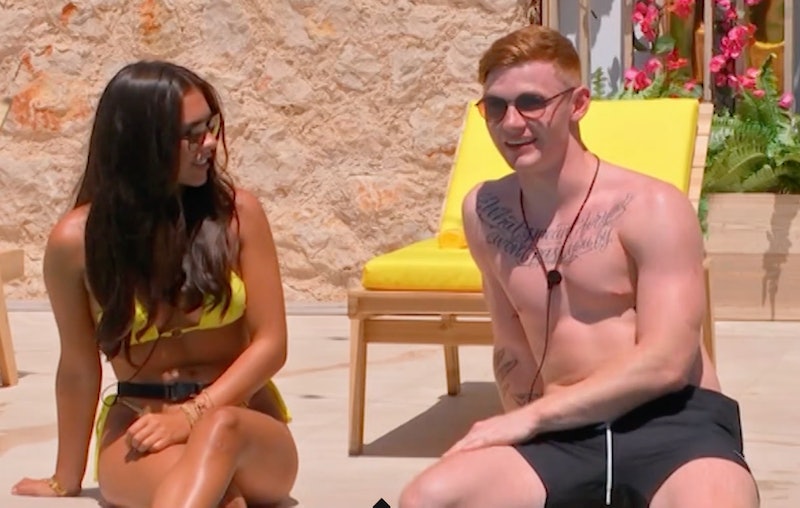 In the most recent Love Island episode, Gemma Owen chatted with Casa Amor newbie Jack Keating, who just so happens to be the son of Boyzone’s Ronan Keating. As they dangled their legs in the pool, Jack and Gemma discussed family and, more specifically, what it was like to have a famous dad. In the least surprising plot twist of all time, they both agreed it was “amazing.” Jack then asked Gemma if she was close with her family. To which she replied that she was “super close” with them, but specifically “I’m super close with my dad... we either get on like a house on fire, or we’re clashing.”

Later, Gemma told cameras that Jack had surprised her during their chat, and that he seems like “a good guy.” Could this be the start of Love Island’s next big power couple? We’ll have to wait and see.

Ronan Keating once famously sang: “You say it best when you say nothing at all.” At Bustle, however, we firmly believe that you say it best with a tweet. So, let’s take a look at the best online reactions to Jack Keating’s arrival in the Love Island villa.

This article was originally published on July 4, 2022