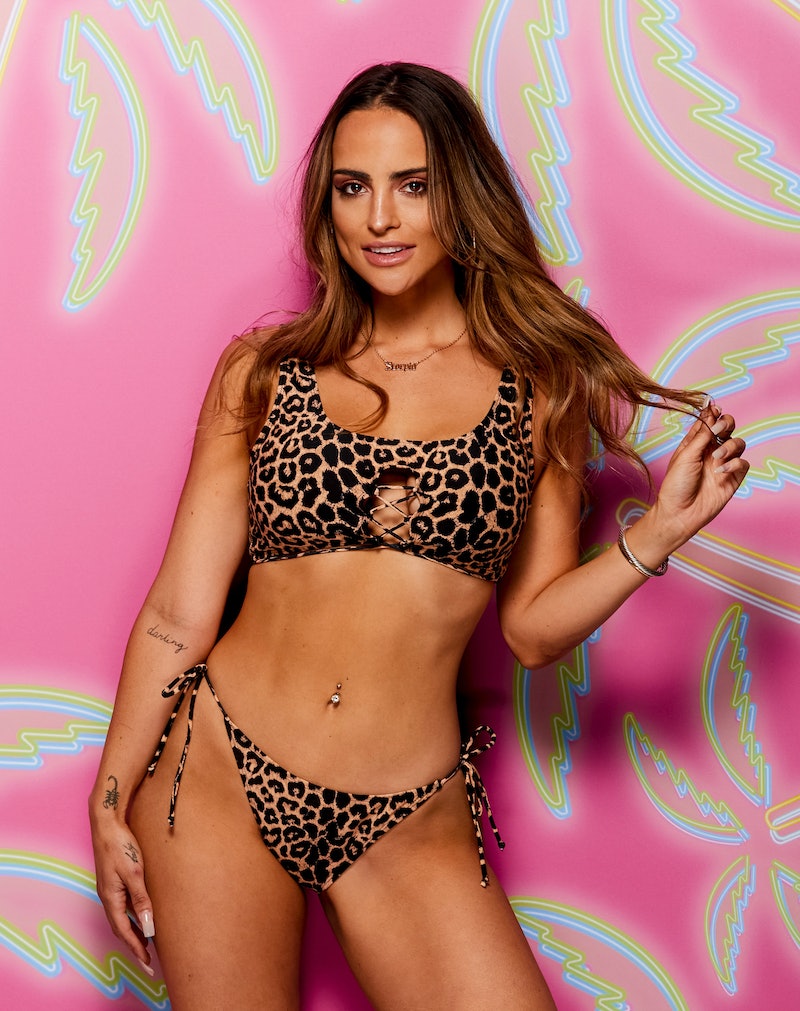 Prepare for a major shakeup on Thursday night's new episode on Love Island. In the exclusive Love Island clip below, newcomer Lauren mixes things up with Carrington after she chooses to kiss him during a sultry car wash performance. The most scandalous part? Kierstan, who is currently coupled with Carrington, has to watch the entire situation play out right in front of her.

"I'm not intimidated by her... I mean I think I'm hotter than Lauren," Kierstan says However, the steamy kiss that Lauren and Carrington share could spell trouble for the Islander, especially if she wants to stay on the show. It's clear from Lauren's performance that she's playing to win, and she's not afraid to go after whoever she wants.

Still, fans shouldn't count Kierstan out just yet. While she doesn't look happy about seeing Carrington kiss someone else, she's also not ready to give up on him. despite her fears of being cheated on again. As she's watching the two kiss, Kierstan says, "I have to." It's not clear if she means she has to watch her sort-of boyfriend make out with the new girl or if she has to take on Lauren, but one thing is clear: the newest addition to the Love Island cast is here to make a splash — quite literally, if this clip is any indication.

Lauren came into the villa during the Tuesday, Sept. 1 episode and immediately threatened to shake up more than one couple. She previously made her interests in Connor known, while also revealing that physically, Carrington is her type. But her ultimate goal is to find a guy who is "young, dumb, rich, and stupid." Well, at least she knows what she's looking for.

The "family assistant" from Oxford, England, is certainly confident in not only expressing what she wants, but also making concrete moves to make her dreams of winning Love Island come true. After seeing her car wash antics, Kierstan and the rest of the girls should be prepared to step up their game, because Lauren's reign as the new girl on the block is just beginning.