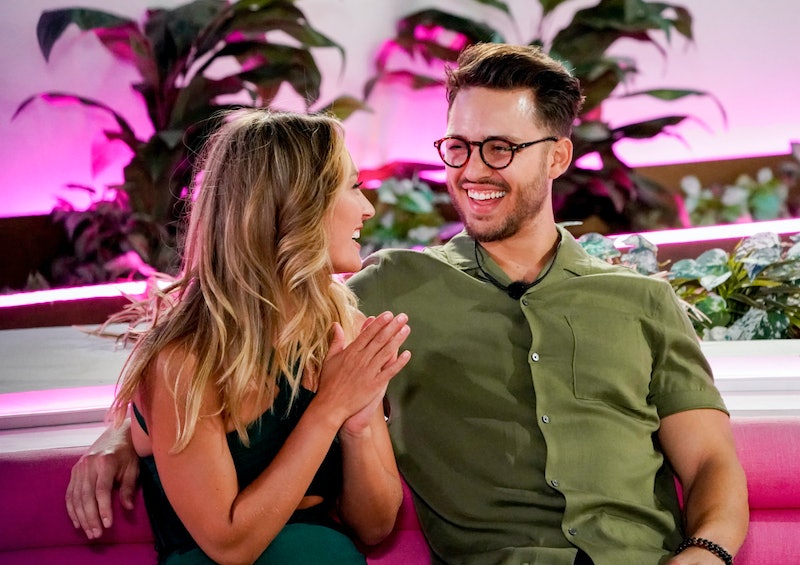 Currently coupled with indecisive Moira, Love Island newcomer Aaron Owen isn't just a cake decorator — the occupation he claims on the show. He's also a very popular fitness TikToker, among other things he hasn't mentioned on screen. Here's what you've yet to learn about Aaron.

The Las Vegas native began uploading to the app in April, and has since posted dozens of fitness videos, including workout routines followers can re-create at home. His most recent clip was shared on Aug. 4.

According to BaseballReference.com, after playing baseball at California State University, Aaron went on to play professionally for one year with the Sioux Falls Canaries, a team in the American Association of Independent Professional Baseball. On July 8, he shared an Instagram post reflecting on his decision to stop playing.

"Closing this chapter of my life was unbelievably hard. Being so close to a childhood dream and falling just short is devastating," he wrote. "[But] to look back at all your hard work you put into something is nothing short of magical."

He's an actor and signed model.

According to his Instagram and LinkedIn, Aaron models for an agency called TNG and has developed quite the portfolio. Cue this steamy 2014 demo reel that could've been his Love Island audition tape:

His social media mentions nothing of cake decorating or Love Island.

Many Love Island contestants have transferred their accounts to friends or family to post for them and shore up fan excitement while they're in the Villa. At the very least, cast members' pages at least mention the show. Aaron's Instagram has done neither for reasons that are currently unclear. It also displays zero cake content which, for someone who allegedly beautifies cakes for a living, is pretty disappointing.