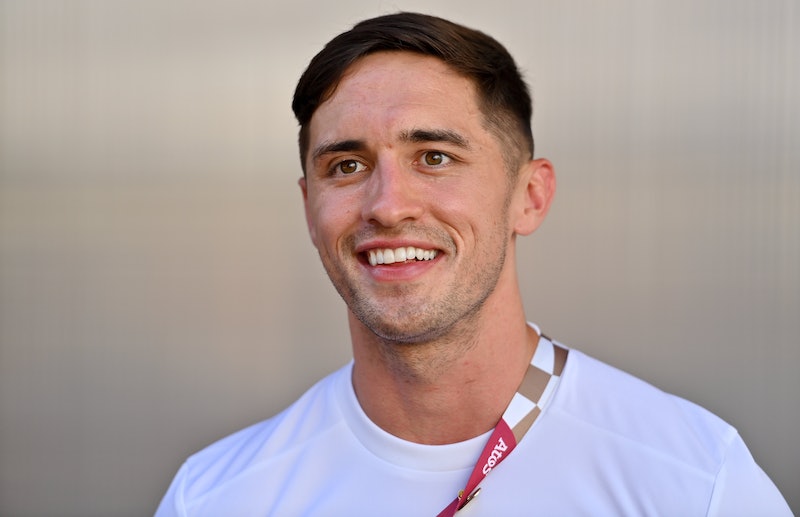 Love Island winner Greg O’Shea is heading to Japan for his first Olympics and the Irish Rugby Sevens player shared his excitement for the coming games with his one million Instagram followers as he set off on his journey to Tokyo 2021 at the weekend. However, while he’ll be focussed on the games for the foreseeable, I wonder if there will be a special someone at home cheering him on – or maybe it’ll be an opportunity for him to do some “cracking on” of his own? (The athlete’s village is one big Love Island villa, right?) So, the question is, does Greg O’Shea have a girlfriend?

As I’m sure you’re aware, O’Shea was one half of the winning 2019 Love Island couple, splitting the £50,000 prize with Amber Gill. The pair sadly went their separate ways just five weeks after the season five finale, however.

While many Love Island stars have gone on to own their own businesses and collaborate with huge brands, 24-year-old O’Shea is the first islander to make it to the Olympics, a long-standing goal of his. Even after he won season five of Love Island, the aim was still in his sights, and after he and Amber broke up, he told the Daily Mail, “I said to her, ‘realistically, I don't know how this is going to work, you're in England and everyone wants a bit of you, you have your clothing deals and I'm going back to Ireland and going to try and do the Olympics.’”

Despite training hard for what will be some of the biggest games of his career, the Limerick lad has been connected with a few eligible bachelorettes since his time on the island, too. In late 2019, Her.ie reported that O’Shea was dating law graduate, Emma Canning, after eagle-eyed followers noticed they were posting pictures of the same places on Instagram during a trip to Paris.

O’Shea was seemingly more focussed on passing his law exams than catching feelings in early 2020, however, but he was briefly linked to lifestyle blogger Kate Hutchins during the summer. According to The Mirror, fans had spotted the same three footprints in the sand behind two pictures posted separately to each of their Instagram grids from a trip to Dubai. Neither party commented at the time, and the relationship was never confirmed.

So, is Greg O’Shea dating now? My guess would be that he has been focussing on one of the biggest moments of his career. That being said, the Rugby Sevens event is only played from July 26 until July 28, so maybe there’s room for some post-competition... ahem... fun?