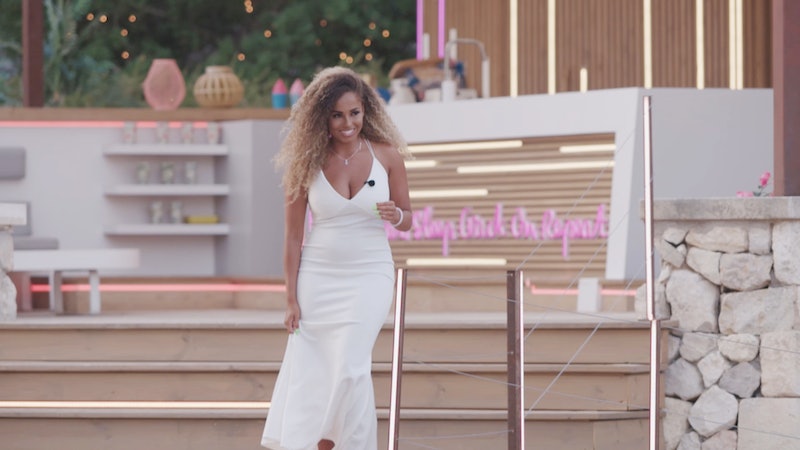 Last night, Greg O'Shea and my Geordie queen, Amber Gill won Love Island 2019, and I honestly couldn't think of a better way to end this year's season. Who doesn't love a deserving underdog? Once my incessant screaming and jumping in front of the TV had died down, I really got to digest how incredible it was to watch Amber (and Greg) win all because they were honest, and true to themselves.

I can't lie it seemed like Molly-Mae, Tommy, and their child a stuffed toy called Elly Belly, had it in the bag. Usually by the final of Love Island, it's pretty clear cut who is going to win. It's the couple who says "I love you" first, enters the show the earliest, and declares they are official after a week. But not this time; Amber and Greg swooped in against the odds after only coupling up less than 2 weeks ago to take home the crown and secure the £50,000 bag.

It took me a minute to warm up to Amber, but I soon realised she was a fiercely loyal friend, hilarious, and didn't take any nonsense from men. Amber has been through it all during her time in the villa. She was probably one of the most disrespected women in the villa, and it was difficult to watch as her confidence got knocked back again and again. Audiences had to watch as her first partner Michael coupled up with Joanna during Casa Amor, leaving Amber to awkwardly return to the villa alone. She then had to be quiet, calm and level headed whilst she repetitively got shouted at by Michael and blamed for his backward actions.

And then to top it all off, Amber, like a wounded puppy, reopened her heart to Micheal just for him to practically laugh in her face, before changing his mind and admitting he does still like her. Make it make sense! But Amber got the last laugh, Michael could have been splitting that £50,000 with her if he stayed loyal and wasn't so CHALDISH.

And then of course, Amber met Irish bae and professional Rugby player Greg, and he was nothing short of wonderful to her. Everything Michael believed to be a flaw in Amber (like literally, her confidence) Greg loved about her. And just like Ovie, Greg wasn't afraid to confront the boys on their silly behaviour at times. Who is the real winner here? Greg swooped in 2 weeks before the finale, missed most the drama, and left with an angel and £25,000.

Whilst this year's Love Island showed me that gaslighting is alive and well, it also portrayed the importance of real friendships. It might be a dating show, but I found nothing more touching than Yewande, Amber, and Anna's friendship, and how they all rallied for each other in their time of need. The women this year didn't take any nonsense, they advocated for themselves, they prioritised their friends and their own mental health, and it was wonderful to watch. Of course, there was the friendship between Amber and Ovie. The two just showed what a healthy, platonic relationship looks like.

Love Island still has some way to go on the diversity front, especially with body diversity, but seeing more people of colour on the show compared to last year made all the difference to me. And now Amber is the first black mixed-race person to win Love Island, rocking her natural hair the whole way through.

Nobody deserved to win as much as Amber. Although many a new contestant attempted to crack on with her, and she could have easily had a fake romance, Amber waited until the perfect person came in for her, even if that was 2 weeks shy of the final. She stayed true to herself and that's why I love her.