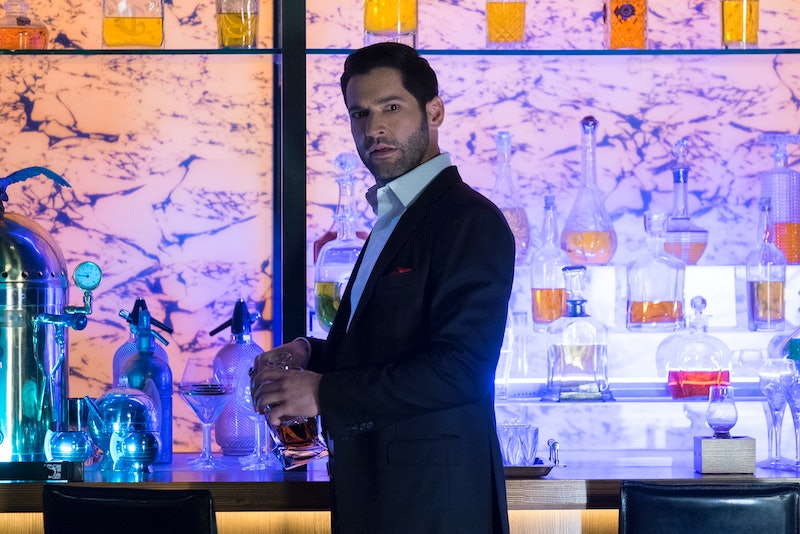 It looks like the devil will live to see another day. Netflix has decided to renew Lucifer for a sixth season, officially reversing the streamer's initial cancellation plans to end the series after Season 5. The news was announced on Tuesday, June 23 via the show's Twitter page alongside a sizzling hot teaser — literally — that confirms a sixth installment in the franchise is currently underway. However, the reveal does come with one small caveat: Netflix now insists that Season 6 will serve as the final season, leaving little hope for a Season 7 pickup.

"The devil made us do it," the Twitter caption reads. "#Lucifer will return for a sixth and final season. like, FINAL final." That certainly makes it sound like the streaming service is dead set on bringing the series to a close after this upcoming season, though considering that was the platform's initial plans for Season 5, it's possible things could change yet again.

Lucifer was gifted with a renewal back in June 2019 with Netflix announcing it would end with Season 5. Yet as time went by, that decision appeared to waiver. Back in February, co-showrunners Ildy Modrovich and Joe Henderson signed new deals to remain with the series beyond Season 5, while Tom Ellis — who plays the devilishly handsome, well, devil himself — worked to re-up his contract as well, giving fans further hope of a possible resurrection. A hope that has finally come to fruition.

Ahead of Season 6, the fifth season, which consists of 16 episodes total, is set to be released in two parts, with the first half slated to premiere on Friday, Aug. 21. The story will pick up right where Season 4 left off — spoiler alert — with Lucifer returning to Hell, putting his budding romance with Chloe in jeopardy once again.

The official tease for the first eight episodes, as per Entertainment Weekly, reads: "Lucifer makes a tumultuous return, Chloe rethinks romance, Ella finally finds a nice guy, and Amenadiel adjusts to the whole fatherhood thing." Meanwhile, Lucifer has also promised to deliver a musical episode in Season 5, along with the return of Inbar Lavi, who plays Eve (yes, that Eve). And 24 actor Dennis Haysbert has been cast to play Lucifer's dad, aka God. So fans should brace themselves for some otherworldly family drama.

With an impressive lineup like this, it's no wonder the series got renewed. The devil is in the details, after all.