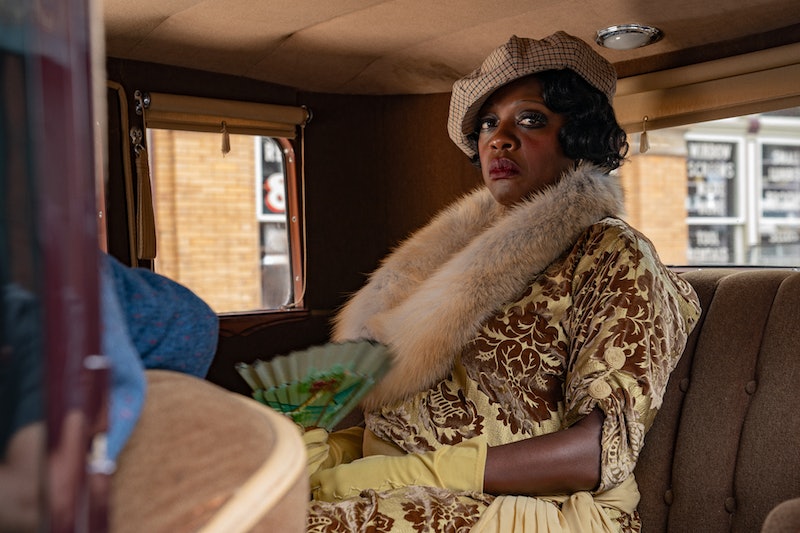 When looking at the new Netflix drama Ma Rainey's Black Bottom, one may come to the conclusion that the film is based on a true story. After all, the movie's lead character — blues singer Ma Rainey — was a real person. But despite its real-life protagonist, the film's plot is actually a work of fiction. Ma Rainey's Black Bottom is based on a play, and not just any play, but one that was written by the legendary playwright August Wilson.

Wilson, who passed away in 2005, wrote a number of successful and acclaimed plays, including the Pulitzer Prize-winning Fences and The Piano Lesson. Both of those plays, as well as Ma Rainey's Black Bottom, are part of Wilson's "Pittsburgh Cycle" or "American Century Cycle." The ten plays that make up the cycle — one for each decade of the twentieth century — all depict the African American experience in their respective decade. Ma Rainey's Black Bottom represents the 1920s in the cycle, as that is the decade that saw the play's eponymous singer reach the height of her fame as the blues genre gained popularity throughout Black communities. The plays were not written in chronological order, with Ma Rainey's Black Bottom being the second in the cycle to premiere, having debuted in 1984. The play's story imagines a Chicago recording session in 1927 where Rainey clashes with both her Black band members and her white managers. The play explores racism, the meaning of the blues, and the history between black musicians and white record producers, according to Biography.

The play was adapted for the screen by a team of producers led by Denzel Washington. The actor, who previously produced, directed, and starred in the Oscar-winning 2016 Fences adaptation, currently has a deal with Netflix to bring nine August Wilson plays to the streamer as motion pictures, according to Deadline. When asked by CBS News if he now saw preserving Wilson's legacy as part of his own legacy, Washington said, "I don't know about all that. I'm just here to take care of this man's work, put the best actors and directors around it, and make the movies. By the time you have a legacy you're usually not here anymore, right? So, I don't know. I don't even think of it that way."

Ma Rainey's Black Bottom may be the first Netflix adaptation of one of August Wilson's plays, but thanks in part to Washington, it definitely won't be the last.

More like this
What’s New On Netflix: 'Never Have I Ever' & 'Indian Matchmaking' Return
By Arya Roshanian
What’s New On Netflix: 'Bridget Jones’s Diary' & 'Monster-in-Law'
By Arya Roshanian
Here’s Everything Coming To & Leaving Netflix In August
By Jake Viswanath
Everything To Know About Netflix's Marilyn Monroe Movie 'Blonde' Starring Ana De Armas
By Grace Wehniainen
Get Even More From Bustle — Sign Up For The Newsletter