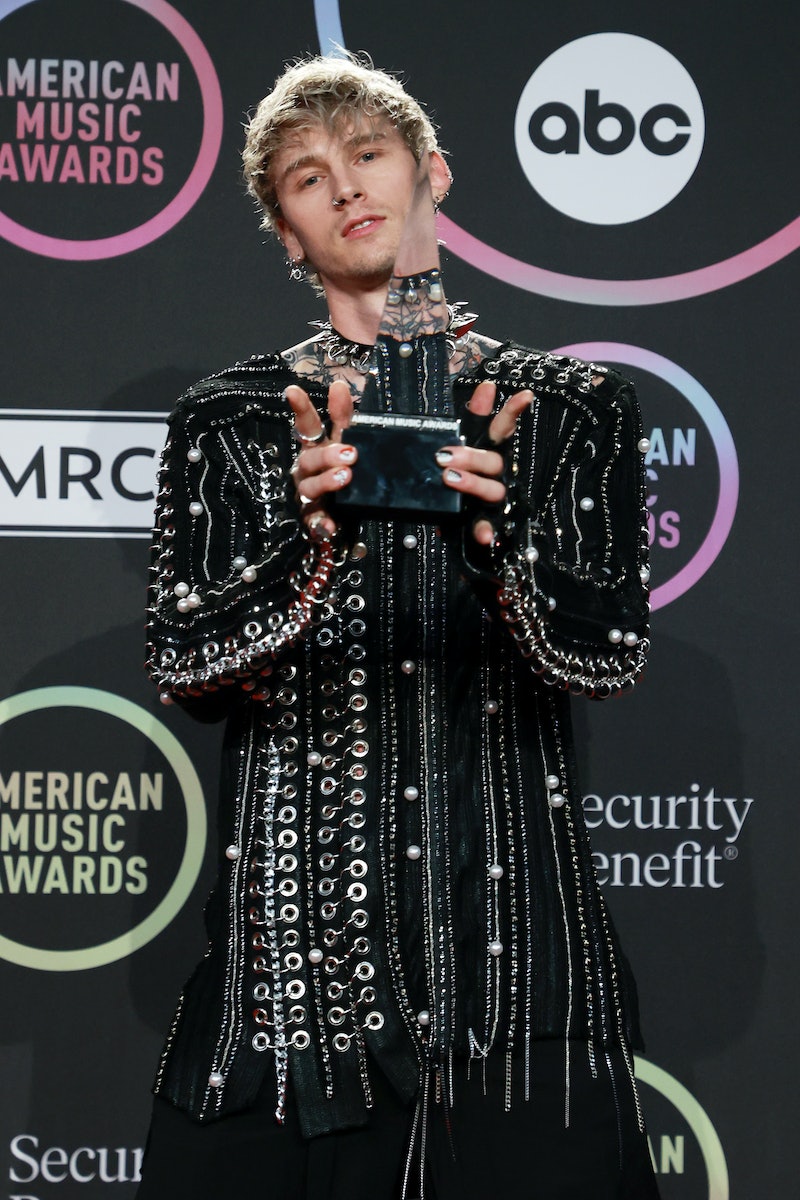 Machine Gun Kelly attended the American Music Awards on Sunday, Nov. 21, with a special lady on his arm, but it wasn’t Megan Fox. Instead of bringing his girlfriend to the star-studded event, the “Bloody Valentine” singer arrived at the Microsoft Theater in Los Angeles with his 13-year-old daughter, Casie Colson Baker. The father-daughter duo walked the carpet and posed for photos together before heading into the show, where the 31-year-old musician snagged the award for Favorite Rock Artist.

Not only did they attend the AMAs together, but MGK and his daughter made sure to coordinate their outfits. The “Bad Things” crooner wore wide-leg black pants paired with a studded black shirt. He accessorized, as usual, with several rings, including one that spelled out “DAD.” Casie, for her part, kept it simple in a classic black gown with cutouts. After the event, MGK took to Instagram to share some highlights from their daddy-daughter date night. “tWINning,” he wrote, nodding to his big win.

Typically, the rockstar tends to keep his daughter, who he shares with ex-girlfriend Emma Cannon, out of the spotlight. According to The Sun, however, the two are frequently spotted out in L.A. together. It’s worth noting that MGK is not nearly as private when it comes to his relationship with the Jennifer’s Body actor, who he has gushed over in several interviews.

In May 2021, MGK called Fox his “twin soul” at the Billboard Music Awards. Later that summer, he told InStyle that their relationship is like the seasons. “When it’s summer, it’s the hottest summer. When it’s winter, it’s the most amazing chill. In the fall and spring, it’s a beautiful transition,” he said. “She is unlike any person I have ever met in my life. I just want people to understand this is real. I don’t think people get the opportunity to believe in real, great love, and that’s what we have together.”

While their love is real, it certainly isn’t perfect. The couple recently posed for the cover of GQ and revealed some intense details about their relationship. When Fox confessed that they “go to hell with each other,” MGK called their romance “ecstasy and agony.” “I don’t want people to think anything’s perfect with us,” he said. “I didn’t say it was the darkest fairytale for no reason.”

More like this
Jay-Z Is Performing At The Grammys, Meaning Beyoncé Might Actually Show Up
By Jake Viswanath
18 Photos Of Jennifer Lopez’s Mansion You Can Now Buy For $42.5 Million
By Alyssa Lapid
Reese Witherspoon Confirms This Fan Favorite Will Return For 'Legally Blonde 3'
By Jake Viswanath
Adele Is Attending The 2023 Grammys, Thank You Very Much
By Jake Viswanath
Get Even More From Bustle — Sign Up For The Newsletter
From hair trends to relationship advice, our daily newsletter has everything you need to sound like a person who’s on TikTok, even if you aren’t.