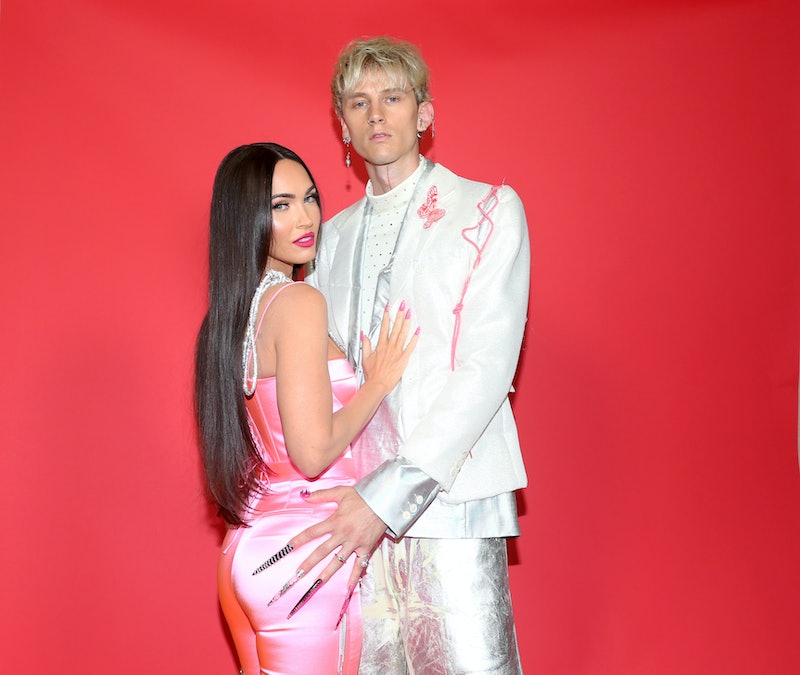 Megan Fox is over being told that she’s too old to date Machine Gun Kelly. The Till Death star addressed their four-year age difference in a recent interview with InStyle, explaining that if she was a man, no one would care. “You want to talk about patriarchy?” she said. “The fact that he’s four years younger than me, and people want to act like I’m dating a younger man. He’s 31, and I’m 35. Granted, he’s lived like he’s 19 his whole life, but he isn’t 19.” Fox added that “no one would blink twice” if it was George Clooney dating someone four years younger — and she has a point.

“Four years? Go f*ck yourself,” the Jennifer’s Body actor continued. “We would have been in high school together. That’s so ridiculous that women are treated that way.” Unfortunately, Fox has been scrutinized for far more than just her relationship. When she first started dating MGK months after her late 2019 split with her ex-husband Brian Austin Green, she was made out to be an absent parent to their three children: Journey River, 4, Bodhi Ransom, 7, and Noah Shannon, 8.

“There’s so much judgment,” she told the magazine, adding that when she walks red carpets with Kelly, she often gets asked where her kids are. “Do you ask their dad when he’s out?” she said. “No, because you don’t expect a dad to be with the kids all the time, but I’m supposed to not be seen and be at home with my kids. They have another parent. I have to leave and sometimes I don’t want them photographed, and they don’t come with me. This whole year I’ve been very surprised by how archaic some of the mindsets still are in some people.”

This isn’t the first time Fox has called out this blatant double standard. In November 2020, she accused Green of trying to make her look like a bad mom while painting himself out to be the “eternally dedicated dad of the year.” It all went down when the Beverly Hills, 90210 star shared a Halloween photo with their sons on Instagram. “I had a great Halloween with them yesterday, and yet notice how absent they are from my social media,” she commented. “I know you love your kids. But I don’t know why you can’t stop using them to posture via Instagram.”

Fox and Green have since been able to repair their friendship and their decision to go their separate ways turned out to be a good one. “I had this incredible breakthrough, and I realized that I had been living in a self-imposed prison for so long because I let other people tell me who I was or what I wasn’t,” Fox told InStyle, recalling an epiphany she had while watching her performance in Jonah Hex. “I hid because I was hurt. That night, I stayed up and promised myself that I would never live one more day of my life from fear. I came home, and my whole life changed. I got a divorce and I started working more and doing more things.”

After meeting Machine Gun Kelly, Fox said “everything exploded from there.” And when asked what his girlfriend is like, the musician gave InStyle an unexpected but romantic answer. “She’s like the earth,” he said. “When it’s summer, it’s the hottest summer. When it’s winter, it’s the most amazing chill. In the fall and spring, it’s a beautiful transition. She is unlike any person I have ever met in my life. I just want people to understand this is real. I don’t think people get the opportunity to believe in real, great love, and that’s what we have together.”