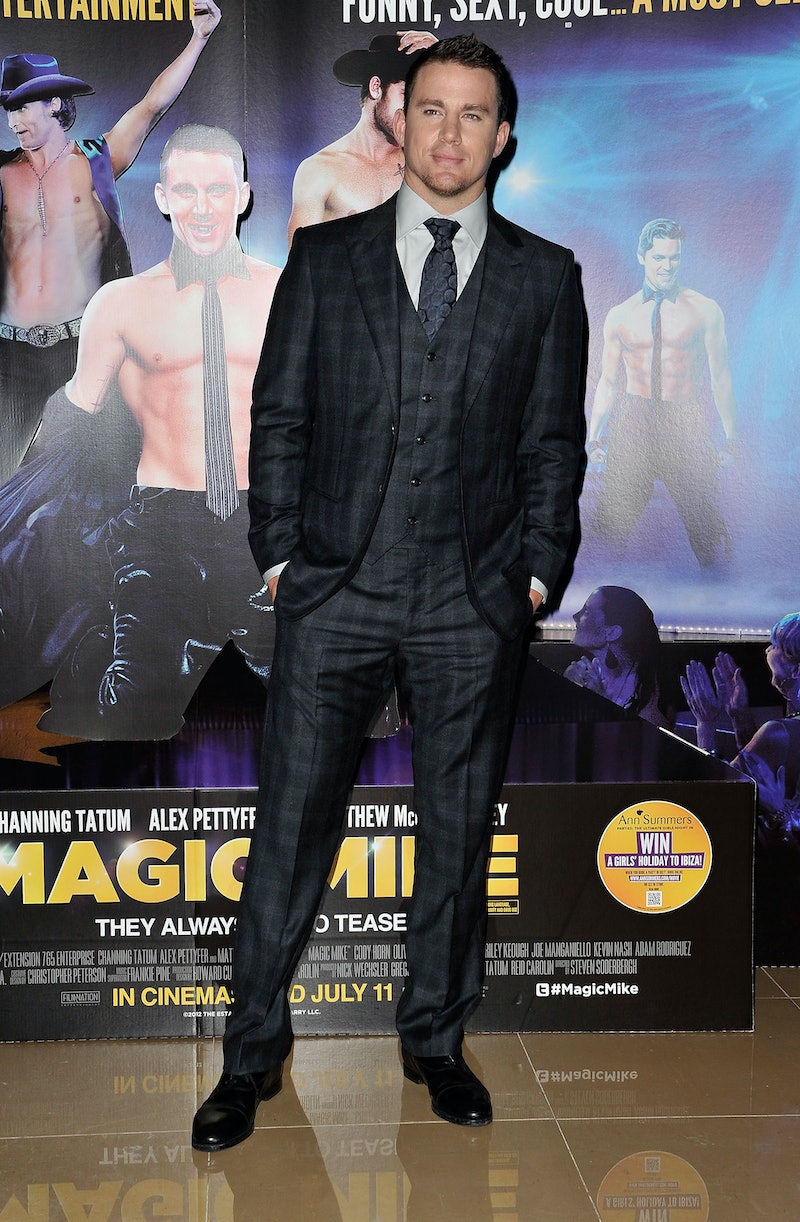 Magic Mike took the world by storm upon its 2012 release, grossing over $167 million on a $7 million budget, spawning a 2015 sequel, and inspiring several live shows, including an official stage musical. Based on a screenplay by Reid Carolin that was partially inspired by actor Channing Tatum’s past as an 18-year-old stripper in Tampa, Florida, the dramedy follows 19-year-old Adam (Alex Pettyfer) as he begins performing in a male strip club under the guidance of industry veteran Mike Lane (Tatum). Magic Mike’s immense success led to 2015’s Magic Mike XXL, which centers on a retired Lane as he’s convinced to rejoin the stripping world. Over six years later, the shirtless Kings of Tampa are coming back for another sequel, Magic Mike’s Last Dance, as announced on Nov. 29 by Tatum on social media.

Here’s everything we know about the third Magic Mike film, including its plot, cast, trailer, release date, and how to watch/stream.

Mike came out of his three-year retirement and reunited with the Kings of Tampa for a stripper convention in Myrtle Beach, South Carolina, in Magic Mike XXL, which ended in a successful performance on the 4th of July. While it’s currently too early to tell where the plot will go in the forthcoming third film, Tatum tweeted a photo of the script’s title page, which revealed Carolin and Steven Soderbergh will return to write and direct, respectively. “Well world, looks like Mike Lane’s tapping back in,” the actor captioned the image.

Magic Mike’s Last Dance marks the first of the franchise’s films to be directed by Soderbergh since the original in 2012, as he only served as cinematographer and editor on Magic Mike XXL. Gregory Jacobs, who directed the 2015 sequel, is set to act as a producer on the forthcoming sequel alongside Carolin, Nick Wechsler, and Peter Kiernan, as revealed to People by Tatum.

“There are no words for how excited I am to blow the doors off of the world of Magic Mike with Steven, Greg, Reid, and the amazing people at HBO Max,” read a statement issued by the actor to the magazine. “The stripperverse will never be the same.”

Toby Emmerich, Chairman of Warner Bros. Pictures Group, also delivered a statement about the film’s announcement. “Is there anybody on screen more charismatic and appealing than Magic Mike?” he said, per Deadline. “We’re thrilled to be back in business with Channing, Steven and their creative team to bring back Magic Mike’s wonderful combination of dance, drama, romance and humor.”

Furthermore, Soderbergh spoke about the forthcoming film in a statement obtained by Deadline: “As soon as I saw what Channing, Reid, and the Magic Mike choreographic team did with the live show, I said, ‘We have to make another movie.’ Mike Lane’s dream of connecting people through dance must be realized.”

While Tatum is confirmed to return for Magic Mike’s Last Dance, it’s currently unclear if any other actors are set to reprise their roles.

Little details are known about when Magic Mike’s Last Dance will arrive on screens, but considering Tatum only posted a photo of its script, it’s likely the cast hasn’t begun filming.

In addition to announcing the film, Tatum revealed Magic Mike’s Last Dance would be released directly to HBO Max — unlike the previous two films, which debuted in theaters. It’s currently unknown whether the movie will also hit theaters in a dual release similar to 2021’s Dune and King Richard, among other recent films.

The film’s HBO Max release marks the franchise’s second project with the streaming service, as the forthcoming reality series Finding Magic Mike is set to premiere Dec. 16 on the platform, per Deadline. Mirroring the original movie’s plot, the series follows 10 down-and-out men who decide to start stripping in hopes of winning a cash prize and a performance slot in the Magic Mike Live show in Las Vegas.

This post will be updated with more information about the cast, plot, trailer, and release date of Magic Mike’s Last Dance.

More like this
Everything To Know About Marvel’s 'Thor: Love And Thunder'
By Grace Wehniainen
Marvel's 'She-Hulk' Trailer Is Finally Here & The Hulk Lends A Big Helping Hand
By Grace Wehniainen
Elizabeth Olsen's Chris Evans Friendship Update Was Accidentally Hilarious
By Grace Wehniainen
Britney Spears Met The Weeknd & Sam Levinson, So She May Actually Be On 'The Idol'
By Jake Viswanath
Get Even More From Bustle — Sign Up For The Newsletter