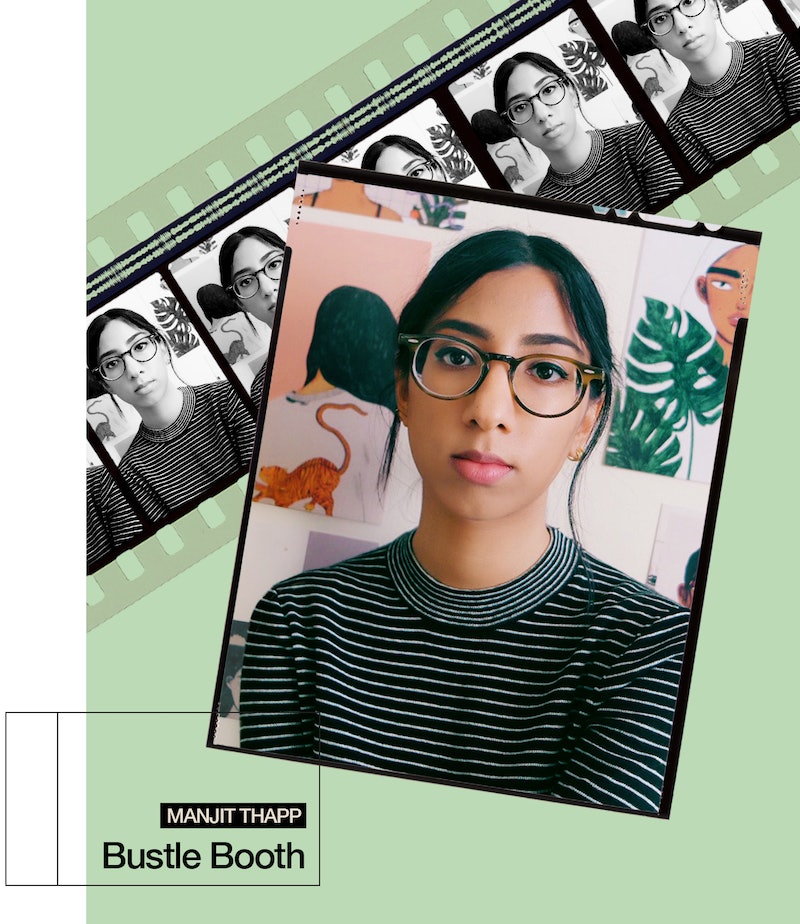 “I need to rethink my next big career milestones because I’ve done everything at the top of my big bucket list,” says Manjit Thapp, speaking from London as she gets ready for the opening of her upcoming exhibition.

The young illustrator, whose work has featured in British Vogue, Vogue India, Wonderland and Dazed, is having one of those years where everything seems to be coming together. Not only did she publish her first illustrated book, Feelings: A Story In Seasons, but she is also the NOW Gallery’s Young Artist Commission for 2021.

This latest accomplishment sees Thapp bring her works to life in a vibrant and immersive exhibition called My Head Is a Jungle. Inspired by some of her older pieces, Thapp will transform the gallery space into a jungle setting with a three-dimensional maze-like structure adorned with large-scale murals and sculptures.

“I really wanted to use that backdrop to explore the similarities between a jungle setting and our minds,” says Thapp. “For example, the things we push to the back of our minds are the dense areas of the jungle, the tangled thoughts that we have are the tangled vines and plants in the jungle, and so on.”

Like a lot of Thapp’s previous work, her exhibition includes a young Asian protagonist. As she’s grown older and continued her artistic journey, the influence of her Indian heritage has grown, with the patterns, decorative elements, and colours she grew up around seeping into her work. It’s all a part of ensuring those who are usually underrepresented in the art world get to see themselves in her artwork.

“When I was younger and going to art galleries and school trips, I would never really get to see myself reflected in the artwork on the walls or by the artists themselves,” says Thapp. “So, it’s really nice now to think that people will get to come to the show and maybe see themselves reflected in the work.”

After a stellar year of achievements, what more can the young illustrator have planned for the future? “I’m going to be working on a children’s book next, which will be a change of pace,” says Thapp. But all this will come after some much-needed downtime.

Get to know more about Manjit with her Bustle Booth questionnaire below.

“As if!” [From the movie Clueless]

Arthur, As Told By Ginger, Hey Arnold, so many!

Succession! I can’t wait for the next season.

I would be the worst because I’m so boring in comparison and hate confrontation but I love The Real Housewives!

“My Favourite Game” — The Cardigans

I love Pierre Boncompain’s work, the colour palettes in his painting are so inspiring to me.

That my work was something they were inspired by and could relate to.

More like this
This Girls Aloud x Sugababes Collab Still Hits All The Right Notes
By Sophie McEvoy
Twitter Has No Chill As The 'Love Island' Villa Descends Into Chaos
By Darshita Goyal
Blake Lively Is Trolling Ryan Reynolds Again – Over Wrexham FC
By Sam Ramsden
Twitter Has Renamed Ekin-Su After *That* 'Dancing On Ice' Performance
By Sophie McEvoy
Get The Very Best Of Bustle/UK
Sign up for Bustle UK's twice-weekly newsletter, featuring the latest must-watch TV, moving personal stories, and expert advice on the hottest viral buys.