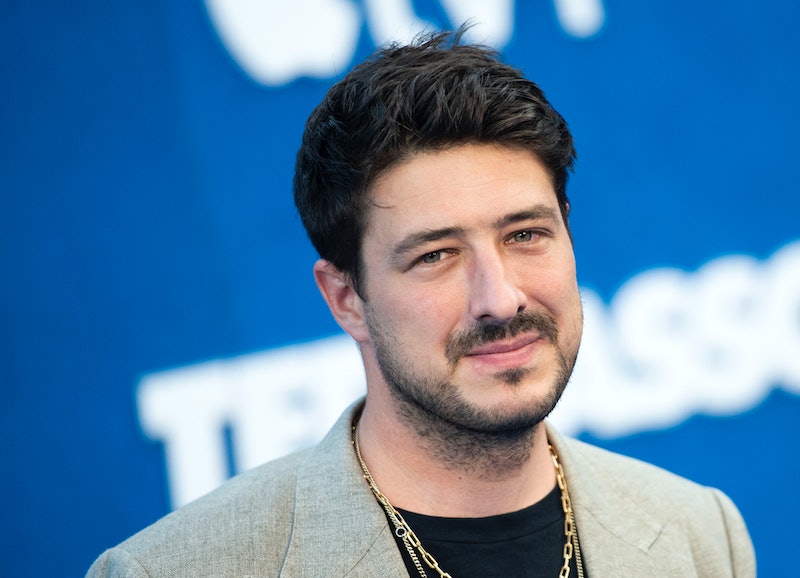 Marcus Mumford, best known as the lead singer of Mumford & Sons, has opened up publicly for the first time about his harrowing experience of child abuse. Recollections of his past directly fed into the deeply emotional opener “Cannibal” from his forthcoming debut solo album called (Self-Titled), out on September 16.

“Like lots of people, and I’m learning more and more about this as we go and as I play it to people, I was sexually abused as a child,” Mumford told GQ. “Not by family and not in the church, which might be some people’s assumption. But I hadn’t told anyone about it for 30 years.” Mumford was six years old when the abuse took place.

During lockdown, the Mumford & Sons frontman’s parents moved in next door, and shared a wall with his recording studio. He and his mum later spoke about the track after he played her its direct, gut-wrenching opening lyrics for the first time: “I can still taste you and I hate it/That wasn't a choice in the mind of a child and you knew it.”

“Couple of days later, [she said] ‘Can I ask what that song’s about?’” Mumford recalled. “I was like, ‘Yeah, it’s about the abuse thing.’ She was like, ‘What are you talking about?’ So once we get through the trauma of that moment for her, as a mother, hearing that and her wanting to protect and help and all that stuff, it’s objectively f*cking hilarious to tell your mum about your abuse in a f*cking song, of all things.” That conversation sparked much of Mumford’s forthcoming solo record, and the artist says he knew afterwards that “Cannibal” needed to be the opening track.

Elsewhere in the interview, Mumford spoke about reaching “rock bottom” and seeking therapy following the release of Mumford & Son’s fourth album, Delta. It was here, he explains, that he began addressing his trauma — and talking about his experiences for the first time caused him to be physically sick. “Apparently, it’s very common,” Mumford said. “Once you basically unhook the denial and start the process of removing some suppression, then it’s very natural for that stuff to come out. I’d had problems breathing all my life. Not asthma but just, like, catching my breath.”

“That thing that happened when I was six, that was the first of a string of really unusual, unhealthy sexual experiences at a really early age,” he explained. “And for some reason, and I can’t really understand why, I didn’t become a perpetrator of sexual abuse — although I’ve done my fair share of c**tish behaviour. [It was a] string of really unhealthy sh*t when I was under the age of 12, which set my brain up in a way to deal with stuff later on in life in an imbalanced way. And so the last three years has just been trying to look at that and correct some balance.”

“It obviously builds up a pattern of shame in your life,” Mumford said, in a separate interview with The Times. Of listeners who will hear “Cannibal” and praise him for speaking out, he remarked: “I don’t look at it as bravery. I look at it like it’s the truth.”

Sharing his experiences, meanwhile, has lifted a weight. “I think this process has saved my life,” he said, reflecting upon the progress he’s made.

The NSPCC offers support, advice, and resources to support anybody affected by child abuse.

Read the lyrics in full, here:

I can still taste you and I hate it

I can still taste you and it kills me

That there's still some sick part of it that thrills me

That my own body keeps betraying me

There is such power there, it may destroy me

But it compels me

Of course I deny it

Can hardly believe it

Dismiss or demean it

'Cause I know I can't speak it

But when I began to tell, it became thе hardest thing I ever said out loud

Thе words got locked in my throat

And this is what it feels like to be free

Even though it follows back down

Stares into the dark with me

Even then I deny it

Can hardly believe it

Dismiss or demean it

But I know I must speak it

If I could forgive you now

Release you from all of the blame I know how

If I could forgive you now

As if saying the words will help me know how

Help me know how to begin

Help me know how

Help me know how