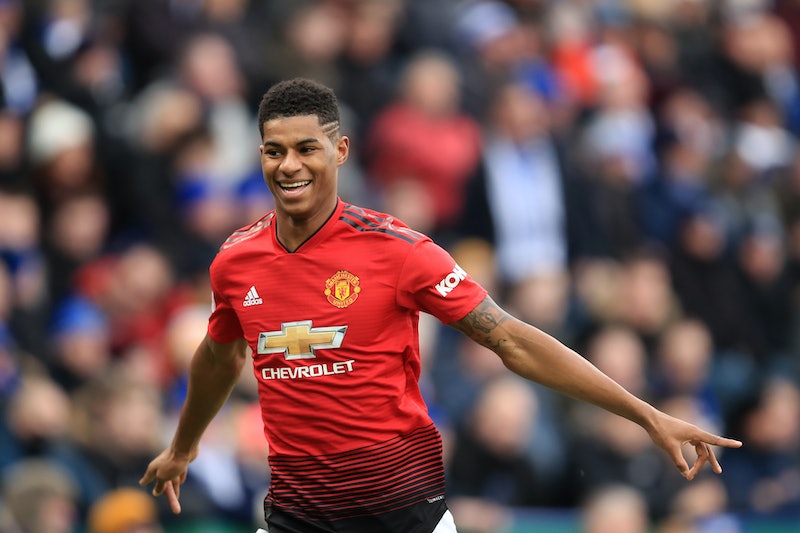 His open letter caused the government to reverse the decision to stop free meal vouchers for school children during the school holidays in June. Now, Manchester United footballer Marcus Rashford is becoming an honorary doctor. The 22-year-old will become the youngest-ever recipient of an honorary doctorate from the University of Manchester.

Awarded for his #MakeTheUTurn campaign against child poverty and his “outstanding sporting achievements,” Rashford told BBC News it was "a proud day for myself and my family". The ceremony will take place this summer, according to The Guardian.

"When you look at the great names that have been awarded this doctorate in the past, it's humbling,” he added, referring to Sir Alex Ferguson and Sir Bobby Charlton, two other Man United legends who have also received the prestigious award from the university. "We still have a long way to go in the fight to combat child poverty in this country but receiving recognition from your city means we are heading in the right direction and that means a lot."

Rashford, who grew up in Wythenshawe, south Manchester, made headlines earlier this summer with his powerful open letter, urging the government to reverse its decision to stop free meal vouchers for school children during the school holidays. Public support was immediate – #RashfordForPM was trending on Twitter straight away – and the government soon followed.

His collaboration with FareShare has led to "£20 million raised in financial and food donations enabling 3.9 million meals to be distributed to the country’s most vulnerable every week during the Global COVID-19 pandemic," according to the University of Manchester's announcement.

Professor Dame Nancy Rothwell, the university president and vice-chancellor, told The Guardian: “Our university has social responsibility at its core and this sense of civic pride and duty is something we are proud to share with Marcus. [He] is an extraordinary young man with an extraordinary talent and drive that stretches well beyond the football field. His work for charity and his high-profile campaign will not only help countless young people across our own city but across the entire country.”

A Man United spokesperson echoed how “incredibly proud of him” everyone at the club is. Surely recognition from the palace can’t be far behind? We’re here for Sir Marcus Rashford, that’s for sure.

More like this
Here’s Where The NHS Nurses’ Strike Currently Stands
By Sophie McEvoy
Gen Z Are Twice As Likely To Identify As Queer, According To New Data
By Sam Ramsden
'Consent' Is Not Just One Person’s Story, But Hundreds
By Shahed Ezaydi
Taylor Swift & Harry Styles Had A Secret Reunion At The Grammys
By Shahed Ezaydi
Get The Very Best Of Bustle/UK
Sign up for Bustle UK's twice-weekly newsletter, featuring the latest must-watch TV, moving personal stories, and expert advice on the hottest viral buys.