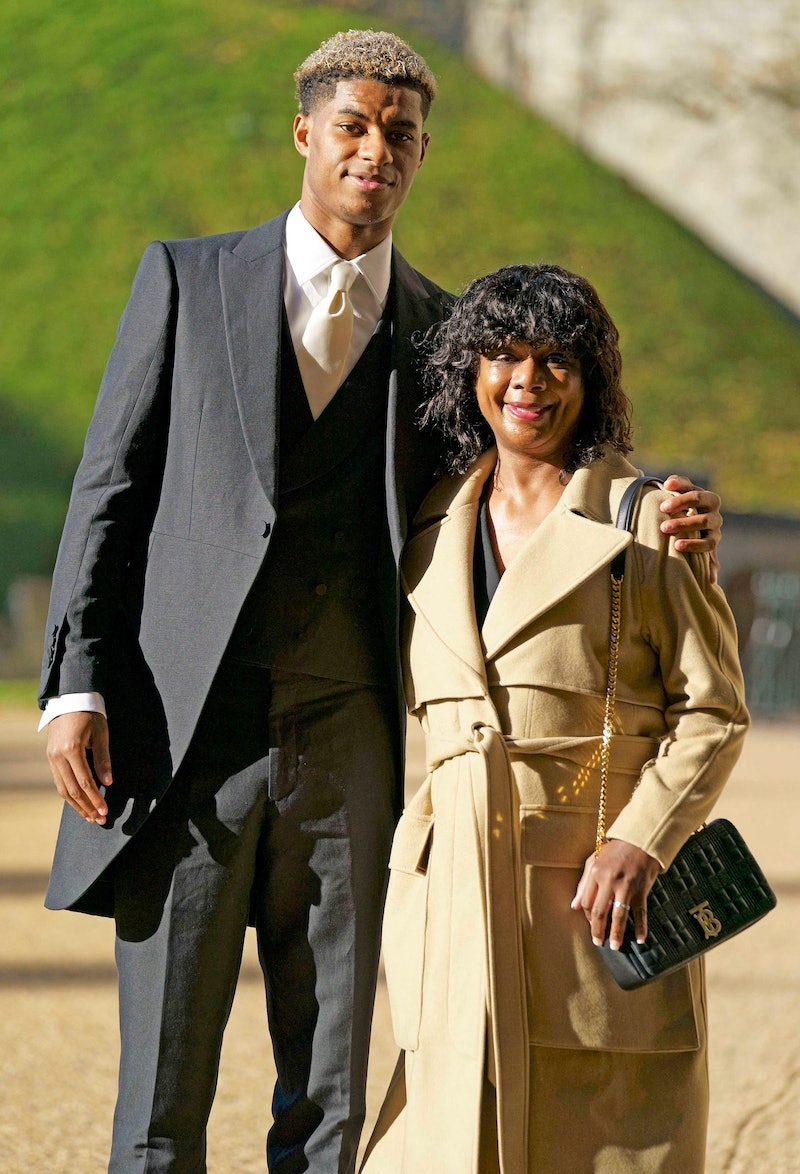 Following his successful campaign to provide children with free school meals over the past year, Manchester United and England footballer Marcus Rashford has become an MBE for services to vulnerable children.

Joined by his mum, Melanie, Rashford was honoured by Prince William during the royal’s first face-to-face investiture since lockdown lifted. “Pleased to be back doing investitures in person, celebrating people across the UK who have gone above and beyond for their country and community,” William wrote on Twitter via @KensingtonRoyal.

As for what Rashford and Prince William spoke about, the conversation unsurprisingly focused on football. “Just speaking about the Euros and what it was like after, how good it was to see everyone come together and support the team,” he told Sky Sports.

At the event, Rashford also revealed he would be giving his MBE to his mum, and how she remained his main source of inspiration. “Everyone knows my story of growing up, but you have to remember I have two brothers and two sisters all older than me, and she’s a single parent throughout the whole way of that.”

He continued: “However bad it is for us, it’s 10 times worse for her, so any awards I’ve got for the charitable things I’ve done, they’re all at her house and this one will go there as well. Without her I wouldn’t have the morals that I have because everything I’ve learnt, I’ve learnt from her. She’s the reason I’ve got this so she should have it.”

The 24-year-old was recognised for his campaign work to end child food poverty in the UK after the government announced its free school meal vouchers scheme would not continue over the 2020 summer holidays. After writing an open letter to parliament in hopes to change their position, the government changed extended the scheme.

He later launched an online petition in Oct. 2020 to extend the scheme, which was met with a lack of governmental support with over 300 MPs voting against it. In response, Rashford set up the Child Poverty Task Force which garnered hundreds of contributions from UK businesses before Prime Minister Boris Johnson personally called the footballer to inform him the government would pledge more than £400 million to the cause, per BBC News.

“It seems like there’s a lot going on but for me to put it in the simplest way – I’m trying to give children the things I didn’t have when I was kid,” the Evening Standard reports Rashford as saying. “If I did have, I would have been much better off and had many more options in my life.”