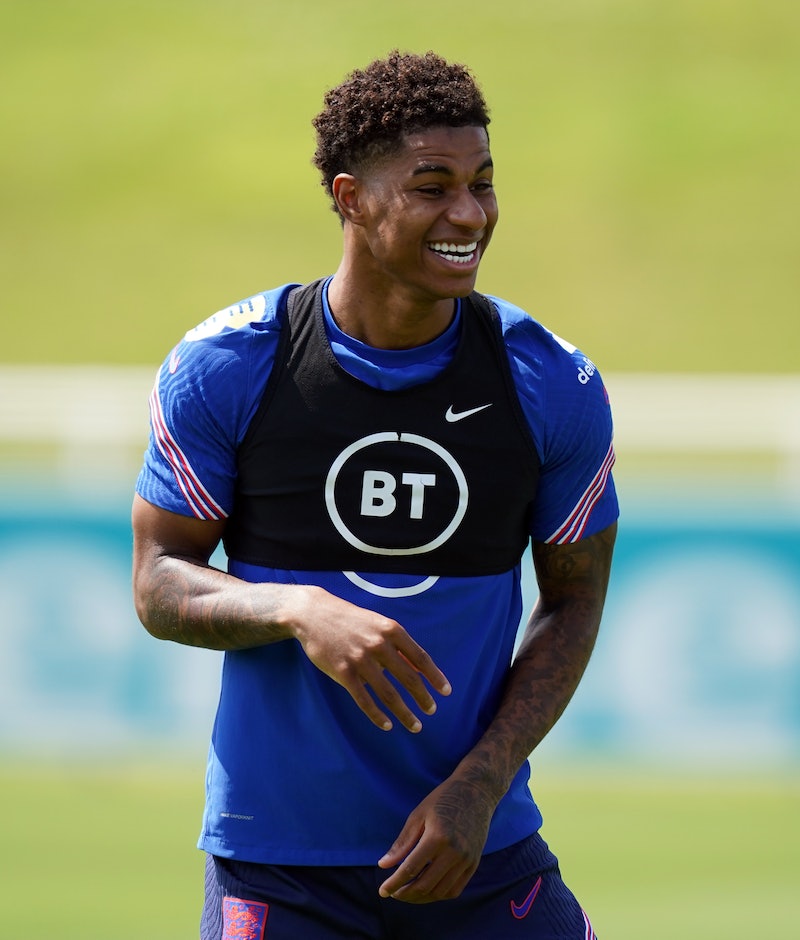 Marcus Rashford’s use of social media has been added to the GCSE curriculum as part of the Media Studies syllabus. It comes after the footballer’s profile and influence grew from using his online platform to speak out about a number of social issues during the pandemic. This new addition to the curriculum is part of the exam board, AQA’s commitment to equality, diversity and inclusion.

Last year, Rashfordc campaigned for the government to provide free school meals to vulnerable students in England throughout the holidays during the pandemic. The campaign and the subsequent media attention it gained forced a series of government U-turns, reversing their decision and extending free school meals for children into the summer.

He also used social media to promote his campaigns on child food poverty, increasing Universal Credit, as well as ensuring all students, in particular vulnerable and underprivileged children, have access to books.

Rashford’s inclusion in the course will allow students to study his use of social media as a way of influencing, as well as ensuring they earn about the social and racial issues he brings to light.

Additions to the course also include Black Widow from the Marvel Universe, the Kiss Radio Breakfast Show, Heat magazine and the TV series His Dark Materials.

Sandra Allan, AQA's head of curriculum for creative arts, said: "I'm really excited by the changes we've made - they're engaging and relevant and will inspire and motivate.

"Marcus Rashford is one of the most influential and inspirational young people in the UK, so students can learn a huge amount from how he uses social media to make a real impact.

"It's not just an opportunity for them to learn about social media - it's also a great way to learn about important social and race issues as part of our commitment to equality, diversity and inclusion in the curriculum."

She added: "There has never been a better time to become a media studies student."

More like this
Here’s How You Can Watch The Grammys 2023 In The UK
By Emma Madden and Catharina Cheung
Blake Lively Is Trolling Ryan Reynolds Again – Over Wrexham FC
By Sam Ramsden
Twitter Has Renamed Ekin-Su After *That* 'Dancing On Ice' Performance
By Sophie McEvoy
Harry Styles Just Split His Pants In Jennifer Aniston’s Face
By Sam Ramsden
Get The Very Best Of Bustle/UK
Sign up for Bustle UK's twice-weekly newsletter, featuring the latest must-watch TV, moving personal stories, and expert advice on the hottest viral buys.