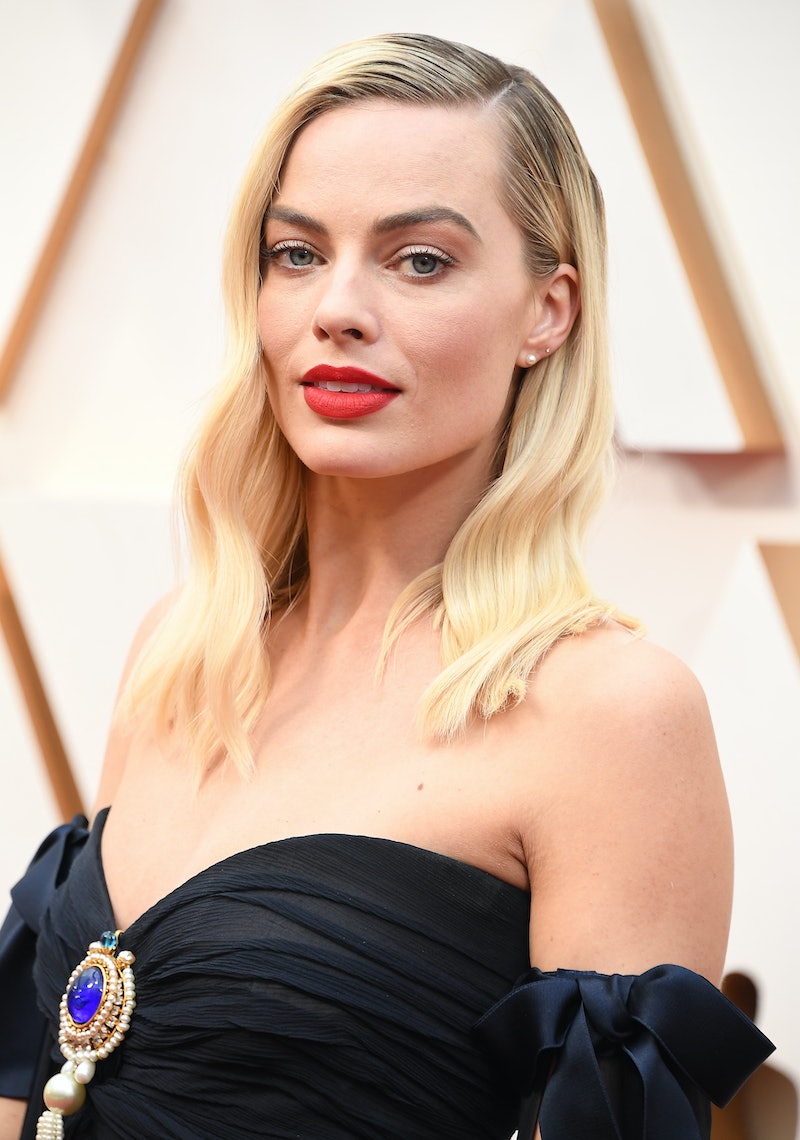 Over the years, we’ve learnt that Hollywood celebs are not exempt from the Love Island lunacy that overtakes the UK each summer, with Lena Dunham, Chrissy Teigen, Lily James, and more confessing to their obsession with ITV2’s flagship dating show. However, Margot Robbie may take the crown for the most loyal a-list fan, having hosted a villa-themed party for her 31st birthday this year. Now, in a new interview, Robbie has revealed her feelings about the 2021 season and who she’s rooting for this year.

Speaking to The Mirror, Margot Robbie said, “I love Liberty. She is my favourite, for sure,” she said, “It’s incredible how much you care about these people you have never met,” adding that she’s been watching the dating show “every day.” One of the OG islanders of this year’s cast, Liberty Poole is the a 21-year-old student currently partnered up with Jake Cornish. She recently revealed to pal Kaz Kamwi that she may be “falling” for Jake, whom she’s been coupled up with since day one.

This certainly isn’t the first time Robbie has sung Love Island’s praises and chatted about what’s going on with contestants. Back in 2018, the Suicide Squad star said she was flattered to have been compared to bombshell Meghan Barton Hanson but, speaking to the Metro, she admitted she didn’t quite see the resemblance herself. She also told the newspaper that her favourite for that season were Jack and Dani.

And 2020, Robbie got her IRL chance to fangirl, when a few familiar faces from the 2019 Love Island cast came to the London premiere of Birds of Prey. Michael Griffiths, Lucie Donlan, and Jordan Hames were all seen grinning and taking photos with the actor, who seemed very excited by the whole interaction.

More like this
Here’s What Happened To Every 'Love Island' UK Couple
By Bustle UK
We’ve Got A Text! Another 'Love Island' Series Is On The Way
By Darshita Goyal
Twitter Can’t Get Enough Of The Romance In 'Ekin-Su & Davide: Homecomings'
By Sophie McEvoy
'Love Island's Gemma & Luca Have Very Different Ideas About Their Break Up
By Frances Stewart and Sophie McEvoy
Get The Very Best Of Bustle/UK