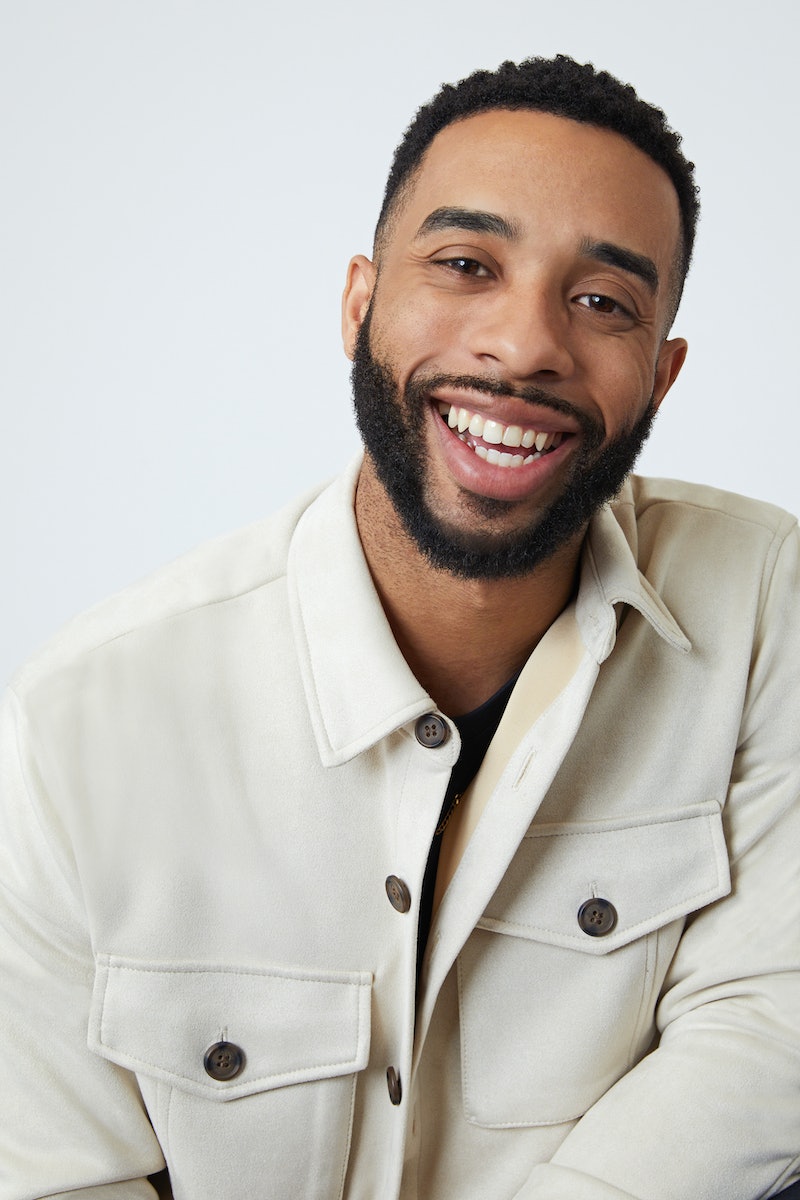 A first impression can go a long way, and that’s especially true in the world of The Bachelorette. Whoever the bachelorette gives the first impression rose to is often guaranteed to last pretty long in the competition, making it a coveted gift for contestants. And in Gabby Windey and Rachel Recchia’s joint season, one of those lucky men is Bachelorette contestant Mario Vassall. A 31-year-old from Naperville, Illinois, he describes himself as “a ball of energy with a smile that lights up the room,” per his official ABC bio. Mario wins the first impression rose from Gabby after impressing her with his smooth dance skills during his limo arrival. He was also the first contestant to make a move and kiss Gabby during their brief one-on-one time in the premiere episode.

So is Mario the one for Gabby? We’ll have to wait and see, but host Jesse Palmer only had good things to say about him. “He’s also a Tetris champion, which I immediately give him full props and respect for. He’s a self-proclaimed nerd,” Palmer said in a TikTok live, per US Weekly. “Great personality, phenomenal dancer. … Big energy. Mario brings the juice. Big energy, really funny, he’s a great guy, good time to be around.” He added that Mario is the guy who gets “everyone laughing” — meaning he’s well-liked by his fellow competitors — but he’s definitely also there looking “for his forever partner.”

Here’s everything else we know so far about Mario.

Mario works as a personal trainer and a virtual fitness instructor. According to his LinkedIn page, he has his own business called Inspired by Rio, which he founded in 2017. “Started working out in 2015 and began to see results. As I continued in my fitness journey, others would turn to me for direction, which led me into personal training,” he explained on his LinkedIn. “I now use social media as a platform to inspire others toward a more healthy lifestyle. I create weekly instructional fitness videos and promote a variety of programs tailored to client goals.”

Before Inspired by Rio, Mario was a founder of a men’s mentoring program at North Central College, where he also worked in the multicultural affairs department and the office of marketing and communications. He graduated from that same college with an MBA in business administration.

Befitting his title of virtual trainer, Mario often shares his workout on his Instagram. His programs vary from TRX workouts and step block training to full-on boot camps.

What is Mario looking for in a partner?

In his bio, Mario says he’s “done the self-work” and is ready to be vulnerable, settle down, and have kids — who he intends to train as future basketball players. When it comes to love, Mario says he is emotionally available and proudly wears his heart on his sleeve. Because “fitness is a way of life” for him, he’d also likely want his partner to love hitting up the gym, too. He’s also looking for someone who loves bonding over good food and great conversation. And he mentions he loves tulips, so expect to see some in Gabby’s future.

How does Mario do on The Bachelorette Season 19?

Potential spoilers ahead. According to blogger Reality Steve, he’s certain about the identity of three of Gabby’s final four picks, as sleuthing fans caught them on various hometown dates. Mario is not one of those three, but the blogger also noted he’s not entirely sure about the identity of the final man — which means Mario may still have a chance.