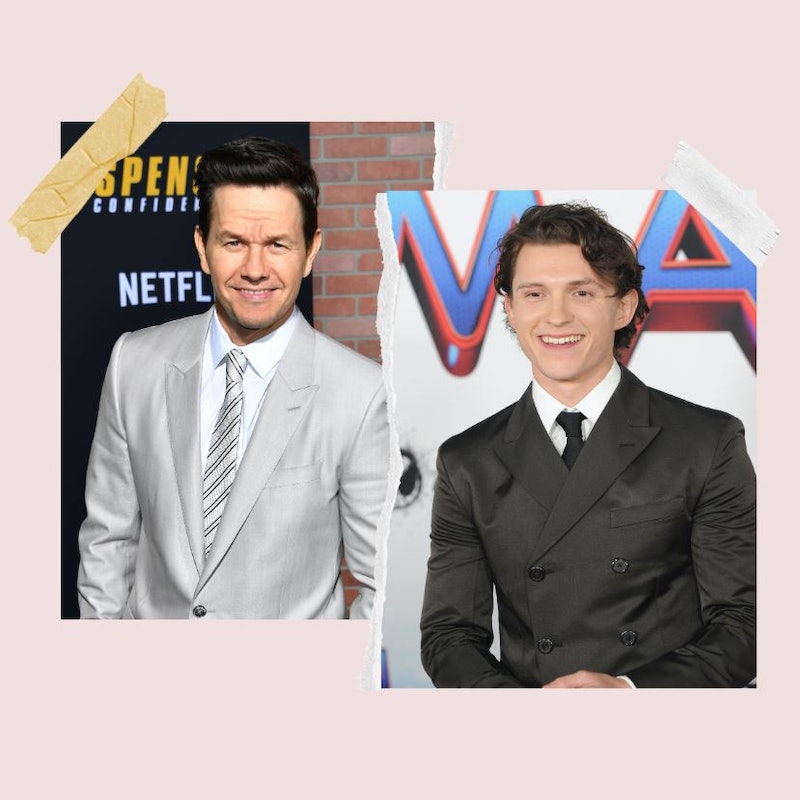 Mark Wahlberg isn’t ready to let his Uncharted co-star Tom Holland live down an awkward misunderstanding between them just yet. In the time that they’ve been promoting their new film, the two-time Academy Award nominee hasn’t been able to resist teasing the younger actor for mistakenly assuming that a massage gun he gifted him was for “self-pleasure.” Wahlberg even referenced it in his latest Instagram post, emphasizing that it is “strictly for muscle recovery.”

“Mr. Tom Holland, you see this? Power Plate Pulse — this is a massage tool,” the Infinite star says in a video he posted on Thursday, Feb. 3 that shows him shirtless and getting a massage. He pointedly adds, “For muscle recovery. Nothing else. … Keep it clean.”

The full story of Holland’s confusion came out after Wahlberg brought it up during an Access interview from Feb. 1. The Spider-Man star explained that his co-star gave him the gift after they left his house in Los Angeles and Wahlberg drove him back to his hotel. “At the time, I was confused as to what kind of massage gun this was, having never seen one before, and I thought it was the type of self-pleasure,” he explained, “and I thought Mark Wahlberg was driving me back to my house for other reasons other than just being a gentleman.”

Seeing Wahlberg’s reaction to his retelling of the incident, Holland added, “I didn’t know you! It’s Hollywood, baby. Who knows what’s going to happen?” However, that explanation didn’t seem to totally pacify Wahlberg.

“We’d been talking about working out, fitness, recovery, all of this stuff,” he said, sharing the context in which he’d given Holland the massage gun. (The actor is one of Power Plate’s investors and brand ambassadors, as the company announced in April.) “I can’t believe the whole time you were thinking that.”

Others were surprised by the mix-up, too. In response to Wahlberg’s Feb. 3 Instagram post, Mario Lopez commented, “Your boy Spider-Man wildin out…” Another person wrote, “For muscle recovery only? Wtf else are you using it for MARK?”

For all the awkwardness the massage gun misunderstanding caused, Holland does at least still use it. “Honestly, it’s fantastic… for massaging your muscles,” he said. And it sounds like he has needed it. Playing his Uncharted character, Nate, meant doing some taxing stunts — including getting hit by a car.

“The day I got hit by the car was pretty impressive,” Holland recently told The Hollywood Reporter. “That was a lot of fun. It was very painful, but very rewarding. … I think it’s one of the best stunts in the movie.”

More like this
Paul Rudd’s Secret To Eternal Youth Is Something You Can Try At Home
By Darshita Goyal
What Is Mary J. Blige’s Net Worth? The 9-Time Grammy Winner Is Doing “Just Fine”
By Hugh McIntyre
Taylor Lautner Copped To Finding Jacob "A Little Annoying" In Twilight
By Stephanie Topacio Long
James Cameron May Come To Regret His 'Titanic' Door Experiment
By Stephanie Topacio Long
Get Even More From Bustle — Sign Up For The Newsletter
From hair trends to relationship advice, our daily newsletter has everything you need to sound like a person who’s on TikTok, even if you aren’t.