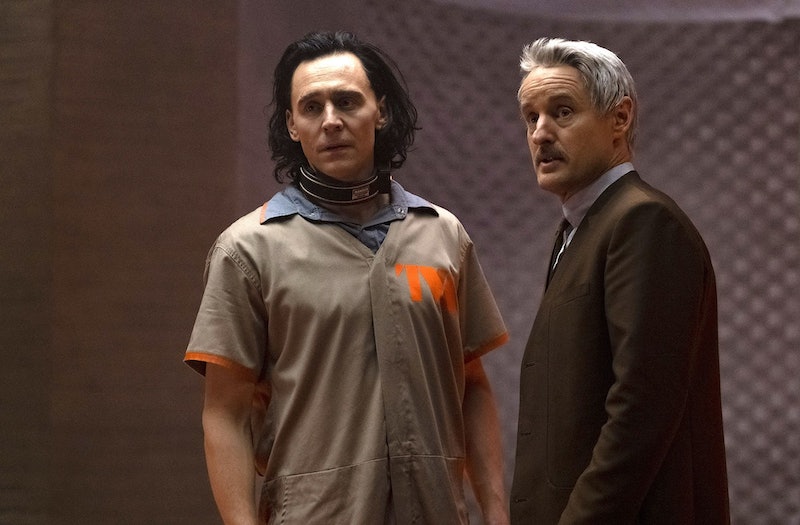 After the mystery box that was WandaVision and the propulsive action of The Falcon And The Winter Soldier, Marvel is expanding its horizons even further with its third Disney+ series, Loki, a time-hopping story that looks to be a cross between Timecop, Doctor Who, and Catch Me If You Can. But Loki isn’t known as the God of Mischief for nothing, and with diverging timelines and multiple realities to keep track of in addition to the protagonist’s usual tricks and illusions, the show is sure to get twisty and confusing fast.

To help you make sense of all the mind-bending adventures, I’ve rounded up the essential Marvel movies to revisit ahead of the show. If you have time to make your way through all of them, I recommend tackling them in chronological order, as you’ll be able to best appreciate Loki’s character arc. But in case you only have time for one or two viewings, they’re listed in order of importance.

The most important thing to do before tuning in to Loki is to remind yourself what Loki was up to the last time we saw him. One of the biggest questions when the series was announced was how Marvel would build a show around a character who’s already dead: in Avengers: Infinity War, the Mad Titan Thanos snapped Loki’s neck. If you’re similarly confused about how Loki is still causing mischief after that fatal encounter, you should revisit Infinity War’s sequel, Endgame. During that film’s “time heist,” a version of Loki from the past is able to nab the Tesseract (which contains the Space Stone) and use it to teleport himself out of S.H.I.E.L.D. custody following the battle of New York — and into his own Disney+ show.

As the Endgame sequence makes clear, the Loki starring on Disney+ isn’t the Loki fans came to know throughout the course of the Infinity Saga. That Loki is still dead; instead, Loki will follow a new version of the character whose experiences diverged from Prime Loki’s shortly after the events of the first Avengers film. Given that fact, it’s probably prudent to revisit the 2012 team-up movie, since the Loki who appears on Disney+ will be a Loki who has just failed at launching an invasion on Earth. It’s important to remember how villainous that version of Loki is: he was the franchise’s first Big Bad, before Ultron and before Thanos. The Loki we see on Disney+ hasn’t yet been through the post-New York events that helped shape him from a villain into the anti-hero fans think of him as today.

Again, given that Loki will star a version of the character who hasn’t yet undergone much of his MCU character development, you should refresh your memory on what the God of Mischief was like when we first met him in Thor: insecure, petty, and manipulative.

Loki’s Loki won’t have experienced the events of The Dark World or Ragnarok, but if you’re a completionist, you would be well-served to revisit those two films — if only to see the contrast between that Loki and the one who will appear on Disney+. Though much derided at the time of its release, The Dark World has earned a bit of a reexamination in the wake of Endgame, as its events proved surprisingly pivotal in the long run. The death of Freya had a huge impact on both Loki and Thor. What will a Loki who never experienced that tragedy be like?

The third Thor movie is one of the purest delights in the MCU, so why not use the impending Loki premiere as an excuse to watch it again — for the second, third, or eleventh time? Plus, the end of this movie sees Loki pretty much finish his arc, finally becoming a true hero as he helps save the people of Asgard from Hela and Ragnarok. It’s no wonder that, once he reached this final point in his development, the writers chose to hit something of a reset button for the character and start over again.

You probably don’t have to watch the whole thing, since Loki dies in the opening scene. But I’d be remiss not to include the film in which the God of Mischief — after many illusions and fake-outs — finally bites the dust for real. Will Loki’s Loki learn of his counterpart’s death? If so, how will it impact this younger, less developed version of him? Will it drive him to emulate his other self’s heroism, or push him further from it in the interest of self-preservation?

That completes the list of films that Loki has appeared in, but there are a couple of other MCU entries you can revisit if you want a truly comprehensive understanding of what’s happening in Loki. Given how integral time travel and other dimensions seem to be to the plot of show, it’s probably a smart to watch the movie that introduced what would become the explanation for the MCU’s version of time travel: the quantum realm. Will time travel work the same way in Loki as it did in Endgame, as discovered by Scott Lang? Or will there be another explanation for the Time Variance Authority’s powers?

It’s possible that some aspects of WandaVision were intended as Easter eggs for Loki. For example, it planted the seeds for one of the weirder ideas in the Marvel universe: nexus beings. According to the comics, a nexus being is someone who exists throughout all worlds in the Multiverse and is imbued with extraordinary mystical powers by this multidimensional existence. The Scarlet Witch is one such nexus being, as is Kang the Conqueror. Jonathan Majors (Lovecraft Country) has been cast to play Kang, one of Marvel comics’ most famous villains, in the upcoming film Ant-Man And The Wasp: Quantumania. But could he appear in the MCU even sooner than that? Kang is in frequent conflict with the TVA in the comics, and one of Loki’s leading players — Gugu Mbatha-Raw’s Ravonna Renslayer — is Kang’s love interest. Will he have a cameo in Loki? Will the show further the franchise’s exploration into nexus beings? If so, WandaVision will be a helpful reference.