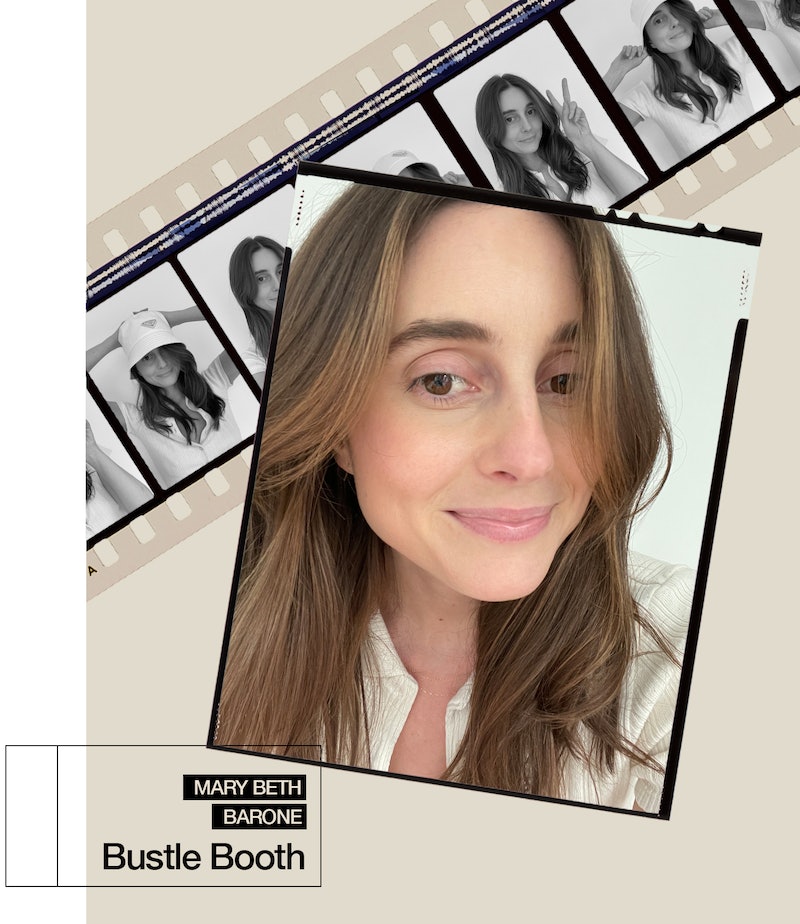 Mary Beth Barone has known her fair share of f*ckbois. But of all the terrible texts they’ve sent her and all the incomprehensibly immature things they’ve done to her, there’s one incident that stands out. “I once had a date and the guy texted me and he was like, ‘Hey, I need to reschedule because my friend just got a shipment of 50 Portillo's hot dogs and he wants to eat them tonight,’” Barone, 29, tells Bustle. “I literally said, ‘Is this a joke?’” Unfortunately, it was not.

When hot dog-gate occurred, Barone was already in treatment for a self-proclaimed f*ckboi addiction — a therapy the comedian devised herself, and for which she was her own patient zero. For the curious, or for those who might also self-diagnose as such an addict, Barone’s program comprises six distinct steps — and it leaves room for the occasional slip up. “Originally I bought this whiteboard where I was keeping track of my number of [f*ckboi free] days like they do at factories with accidents. I would get 70 days in and then I would maybe have a little hiccup and it would reset to zero,” says Barone. “So I made the third step to relapse, because you’re going to relapse and I think it's okay to have that expectation [as long as you] come back stronger.”

What started out as a salve has now become the crux of Barone’s comedy. Her live show, Drag His Ass, explores the perils of Tinder-era dating and has sold out venues nationwide. Barone has a meme account of the same name where she shares choice tweets like, “Has the CDC said yet when it is safe for me to trust a man again?” Now, she’s bringing Drag His Ass to Comedy Central for a four-part web series. With this new platform, Barone will take a more multifaceted approach to her program. “I obviously want to help people that are addicted to f*ckbois, but we also want it to be 360-degree healing,” she explains. “We need the enablers to demand better but we also need the perpetrators to stop being so bad.”

As Barone braces herself to become Comedy Central’s own Dr. Phil for f*ckboi addiction, she can’t help but reflect back on her own journey. “Every time an insane instance would happen to me with dating I would say, ‘Oh well, it's good material [for comedy],’” she says. “Then I finally got to a point where I was like, ‘I have enough jokes about this. I don't want any new material about this.’” That admission was Barone’s first step; little did she know she’d have five more to go.

Get to know more about Barone — including her dream of appearing on Keeping Up with the Kardashians — in her Bustle Booth questionnaire below.

Iced chai latte with almond milk from MUD on 9th. They make the best chai in New York and maybe even the world.

None. I don't trust weathermen. No accountability.

There's this British reality show called Made in Chelsea that makes me laugh so much. I can't get full episodes here because it's British so I just watch the 3 minute clips of the cast having heated conversations on YouTube and try to piece things together.

Keeping Up with the Kardashians. I just wanna shake a salad in one of their kitchens and talk about life, love, and upcoming projects.

More like this
Hailee Kaleem Wright's Topsy-Turvy Path From MTV To Broadway
By Samantha Leach
'That '90s Show' Star Callie Haverda Got Advice From Mila Kunis & Ashton Kutcher
By Brad Witter
Everything To Know About The 'Daisy Jones & The Six' TV Series
By Maxine Harrison and Brad Witter
Here’s What Happens To Bill & Frank In 'The Last Of Us' Video Game
By Brad Witter
Get Even More From Bustle — Sign Up For The Newsletter
From hair trends to relationship advice, our daily newsletter has everything you need to sound like a person who’s on TikTok, even if you aren’t.