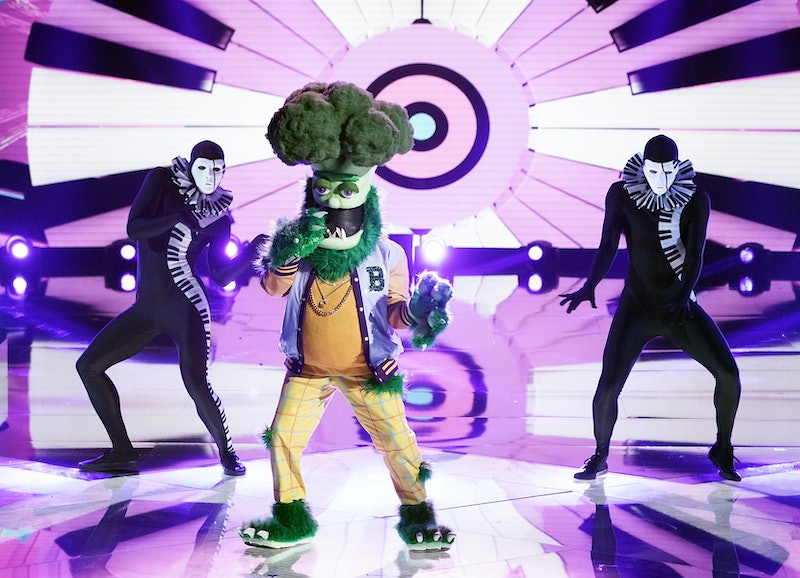 With the Masked Singer semifinals airing next week, fans have pretty much locked in their guesses for the seven remaining singers. One singer in particular, Broccoli, may have stumped younger audiences, but older viewers have already taken note of his familiar pipes. The most popular Broccoli theory is that it's Paul Anka, a Canadian-American singer and songwriter.

If knowing Lorelai Gilmore named her dog after the musician is the extent of your Paul Anka intel, here's a refresher: He was born in Ottowa, Canada in 1941and had his own vocal group by the age of 13. Eventually, he released his first single, “Blau-Wile-Deveest Fontaine." He didn't really hit it big until 1957, though, when he met Don Costa at ABC-Paramount Records in New York City and played him the song "Diana." They signed a contract and "Diana" climbed to the top of the charts, making Anka a 1950s teen idol. Anka went on to write the theme song for The Tonight Show Starring Johnny Carson and the lyrics to Frank Sinatra's "My Way," among many other collaborations. He's written over 900 songs and was inducted into the Canadian Songwriters Hall of Fame in 2008.

The biggest tip-off that Broccoli is Anka, of course, is his voice. On the Oct. 28 episode, Broccoli performed Stevie Ray Vaughan and Jerry Lee's "House is Rockin'/Whole Lotta Shakin Going On." As Candy Willis-ruan pointed out on Facebook, Anka has performed that exact song in the past, and the voice sounds exactly the same as Broccoli's.

The clues also line up with Anka. In the Oct. 28 package, Broccoli said "a contest greased the wheels for my career" while sitting in front of a Campbell's soup can. Per Anka's own website, he won a trip to New York by winning a Campbell’s soup contest, and that's where he met Don Costa. Broccoli described himself as a kid who was "humbled to work with the biggest artists." In Anka's autobiography, My Way, he wrote that he was in awe of touring with artists like Buddy Holly, Little Richard, Jerry Lee Lewis, and Fats Domino. Broccoli also said he is "in the shadow of greats" and has big shoes to fill; similarly, Anka once hung with Frank Sinatra, and did a Sinatra tribute tour in 2019.

In Broccoli's Nov. 4 package, viewers got a "FoodFellas" hint, likely a reference to Goodfellas, which played a version of "My Way" at the end. The package also showed the "Copabanana," and Anka performed at the Copacabana in 1961 as a teen, per The New York Times.

Though fans have floated around other possibilities for Broccoli's true identity — such as Cheech Marin and Joe Pesci — it's pretty hard to deny how many signs point Anka's way.