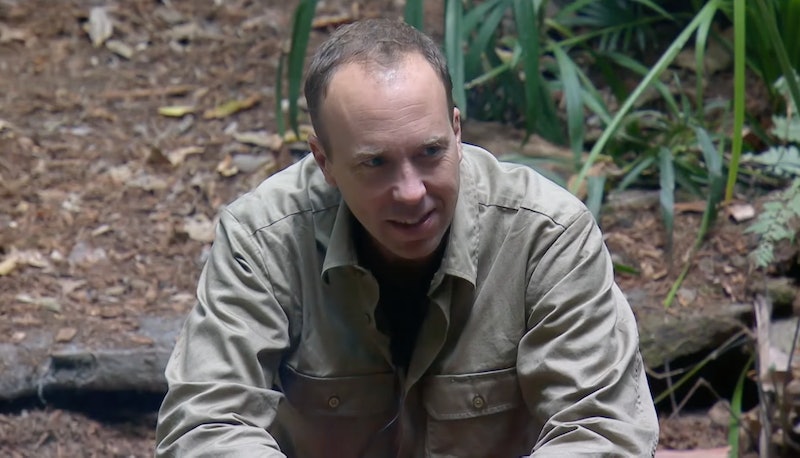 After days of anticipation and criticism, West Suffolk MP Matt Hancock entered the I’m A Celebrity… Get Me Out Of Here! jungle alongside comedian Seann Walsh. Hancock made quite the first impression, sharing his love for Ed Sheeran and treating Walsh and the British public to a rendition of the singer’s song “Perfect.” The late arrivals soon experienced their first trial, “Beastly Burrow,” which involved traversing tunnels full of creepy crawlies in the dark as they tried to earn stars (meals) for the camp. With Walsh clearly terrified of the situation, the former health secretary led the way, and they ended up finishing the trial with a respectable six out of 11 stars.

As is the tradition with late entries, Hancock and Walsh were tasked with a secret mission, being told to act as undercover moles. With the other campmates none the wiser, Hancock had to call DJ Chris Moyles “Greg” three times and steal someone else’s hat and gilet. At the same time, Walsh had to convince his campmates that he had an extensive knowledge of birds, making bird calls as he walked around the jungle.

Hancock and Walsh introduced themselves to the rest of the celebs, who took no time before grilling the MP and asking why he decided to enter the jungle. ITV newsreader Charlene White quickly pulled Hancock aside to ask him the tough questions once more.

The British public asked the same on social media, having already spent the days since Hancock was rumoured to be joining the show roasting him. Now that he’s finally in the jungle, Twitter has a lot to say on the matter.

Below, watch Hancock’s first Bushtucker Trial, and see our top pick of the memes and tweets reacting to the MP’s first day in the I’m A Celeb jungle.