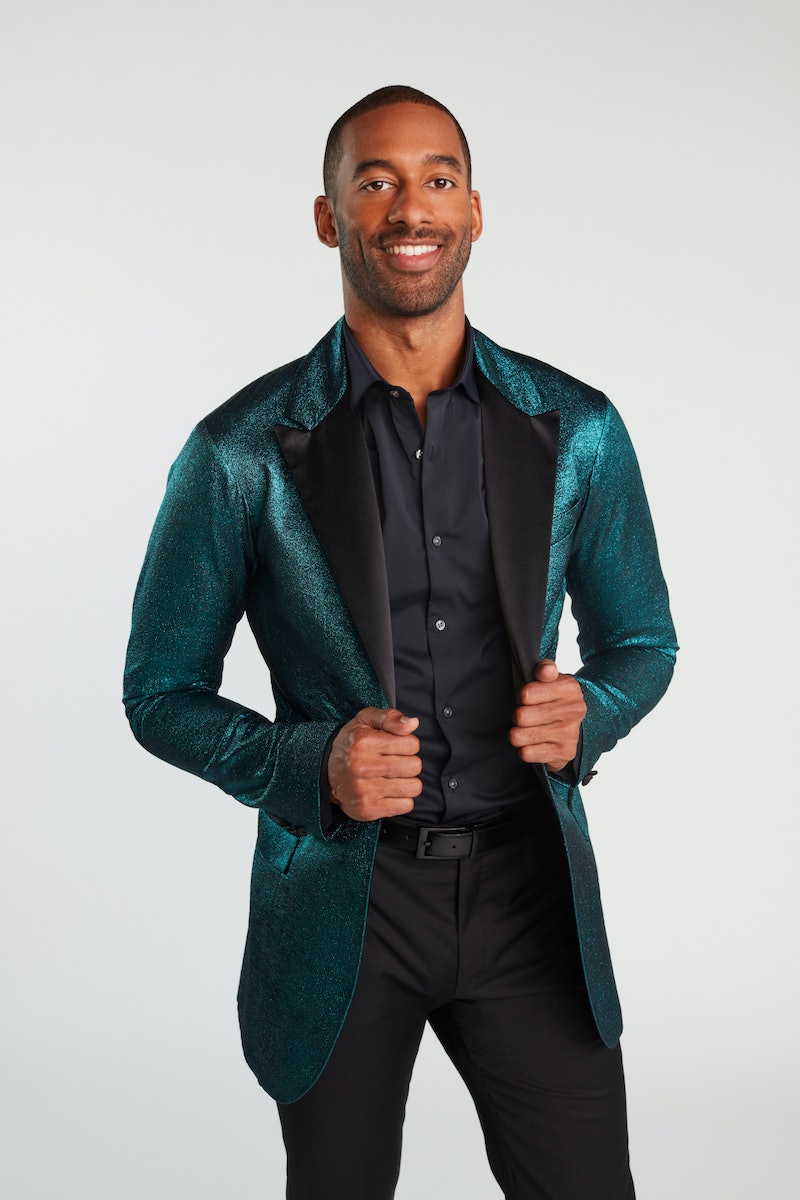 Matt James has been working it out on Dancing With the Stars, and the former Bachelor just proved he’s ready for Season 30’s upcoming “Britney Night.” On Thursday, Sept. 30, James and his DWTS partner, Lindsay Arnold, practiced at the show’s rehearsal studio, and photographers snapped him wearing an iconic Britney Spears T-shirt. James proudly shared one of the photos on his Instagram account afterward, captioning it, “Britney Weeeeek.”

The reality star’s shirt seems to have been a recent purchase seeing as it’s currently for sale at Target, but it’s adorable nonetheless. It features a ’00s-era Spears, grinning as she sits on a chair backward, which gives it a nostalgic vibe. Plus, James gets points for paying homage to the princess of pop, especially as she fights to regain control over her personal life and career.

Dancing With the Stars is collectively honoring Spears with Britney Night on Monday, Oct. 4. The third episode of Season 30 will be packed with some of the singer’s greatest hits, with each pair dancing to Spears’ music. James and Arnold will be dancing to the Tango to “Scream & Shout,” her 2012 collaboration with Will.i.am, as ABC announced in an Oct. 1 press release. Meanwhile, their competition will be dancing to the hits “… Baby One More Time,” “Gimme More,” and “I’m a Slave 4 U,” among others.

James has been off to a solid start on Dancing With the Stars. He made his debut with a Cha Cha to Rick James’ “Give It to Me Baby,” and then followed it up in Week 2 with a shirtless performance of the Samba to “Levitating” by Dua Lipa. While judge Len Goodman said it was “unnecessary” for the former college football player to show all that skin, Arnold later stood behind their decision, telling Extra’s Jenn Lahmers that it was “100% necessary” and “America wanted to see those abs.” They looked ahead to their Tango, which will bring out James’ serious face.

So far, the dancing duo hasn’t been among the top-scoring performers in the competition, but they haven’t landed in the bottom two, either. Plus, they have a big fan in Rachael Kirkconnell, the winner of James’ controversial season of The Bachelor. She publicly gave her boyfriend her seal of approval, posting a behind-the-scenes photo on Instagram after the first performance night, captioning it, “GIVE IT TO ME BABY.”

Kirkconnell’s support has meant a lot to James during his DWTS stint. He told Page Six in September that she was supporting him “in every way imaginable” and “was stoked about this opportunity” for him. Though he’s an athlete, he added that she’s “whipping [him] into shape” as his “dance partner outside of Dancing With the Stars.”

It’s too early to say whether or not James could be a serious contender for the Mirrorball Trophy, but at the very least, he’s bringing some great enthusiasm. He’ll have a chance to make Britney Night memorable when it airs on Oct. 4 at 8 p.m. ET/PT.

More like this
'Bachelorette' Vet Clare Crawley Unveiled 2 Special Wedding Day Accessories
By Stephanie Topacio Long
This 'Bachelor' Contestant Had The Best Reaction To Wearing The Same Dress As Another Woman
By Grace Wehniainen
Cruz Beckham Teased New Music With An Adorable Nod To Mom Victoria Beckham
By Stephanie Topacio Long
Hannah Ann Got Engaged 3 Years After 'The Bachelor' & The Proposal Was Dreamy
By Grace Wehniainen
Get Even More From Bustle — Sign Up For The Newsletter
From hair trends to relationship advice, our daily newsletter has everything you need to sound like a person who’s on TikTok, even if you aren’t.