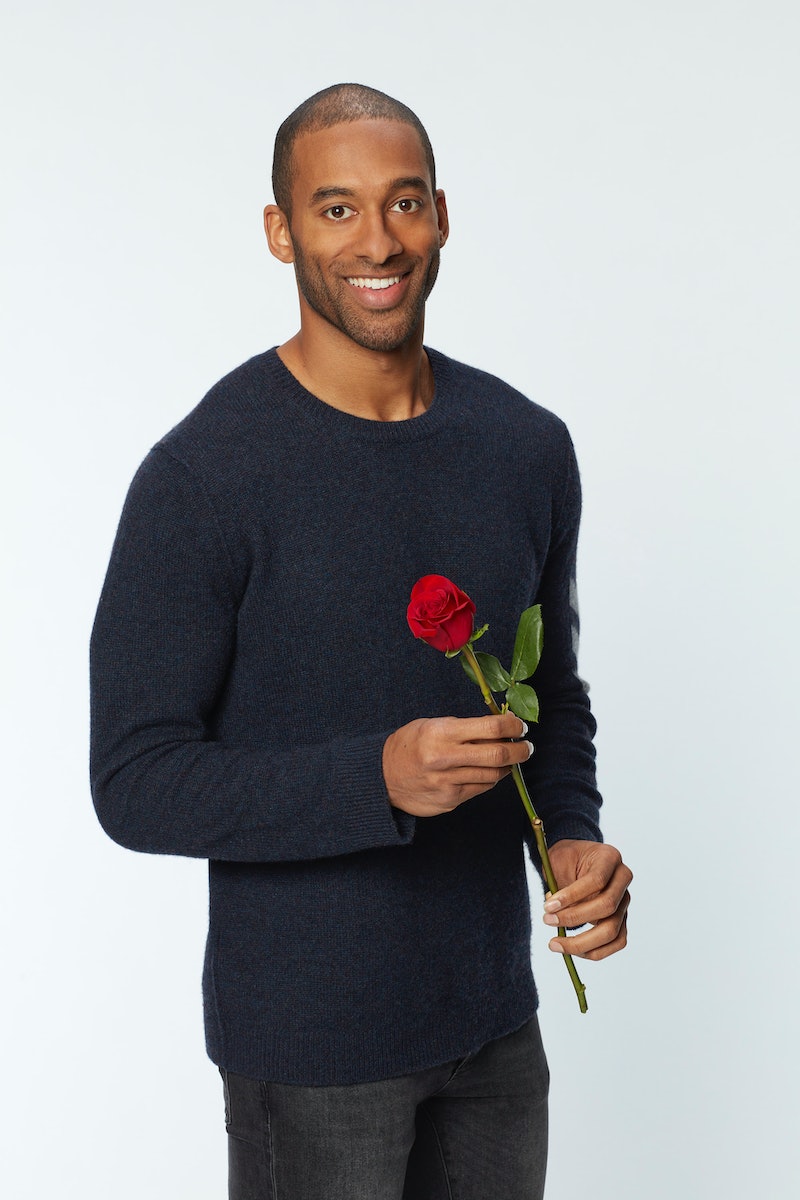 ABC's ready to get their Bachelor schedule back on track. Matt James' Bachelor season will reportedly start filming in late September, a source revealed in an Us Weekly report published on Friday, July 17. If the production schedule goes as planned, the magazine pointed out, Season 25 of the reality dating competition should be ready to debut in January, as usual. (For reference, Bachelor Peter Weber began filming last September, ahead of a Jan. 6 premiere.) Bustle has reached out to ABC for confirmation on The Bachelor's reported start date, but did not hear back at the time of publication.

Aside from gearing up for The Bachelor, ABC is preparing to film Clare Crawley's Bachelorette season now, for which Matt was originally cast as a contestant before production temporarily shut down in March due to the coronavirus pandemic. Earlier in the week, the network revealed an updated list of Clare's 42 new contestants for 2020, with 17 suitors from the original group remaining among 25 new additions. Although Matt will no long be part of her season, he recently revealed that he will be watching anyway.

Being chosen as the first Black Bachelor, however, held a greater significance that isn't lost on the 28-year-old — or his loved ones. “I’ve heard from a lot of my Black friends that aren’t Bachelor Nation faithful that are excited about me and honored that I’m in the position I’m in and have this opportunity to just represent what it’s going to look like to have diverse relationships and tell those love stories,” the real estate broker (and close friend of Bachelorette alum Tyler Cameron) shared during the June 29 episode of The Bachelor: The Greatest Seasons — Ever, per Us Weekly. “I couldn’t be more excited about that.”

Matt's mother is also among those who have high hopes for her son's season. "I think that the grandkid counter for my mom started when that announcement was made," he joked with Chris Harrison via video-chat on June 29, according to the magazine. “She wants a basketball team! I’ll have a minivan, that’s the max."

As for how his season plays out, fans will have to stay tuned. If all goes as reportedly planned, however, at least they won't have to wait any longer than usual to find out.