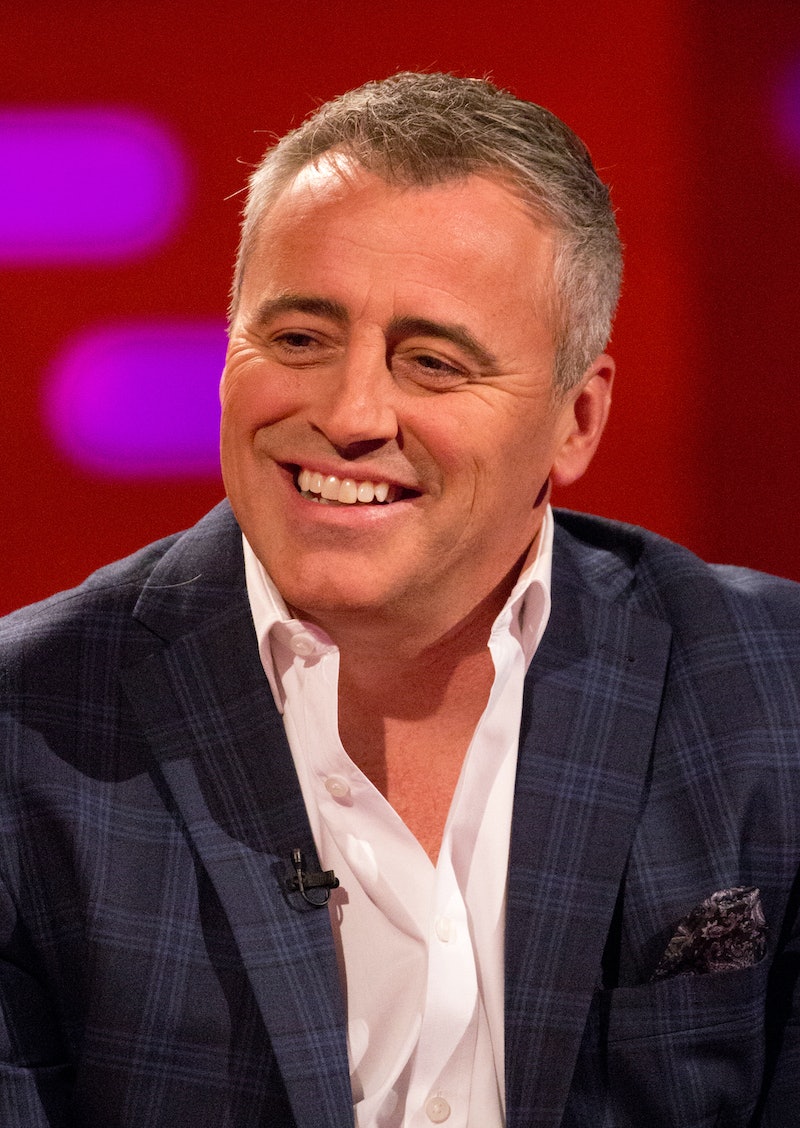 In one iconic Friends episode, some fictional roughhousing turned into a real-life injury for Joey’s actor Matt LeBlanc. After filming the bottle episode "The One Where No One's Ready," LeBlanc ended up with a dislocated shoulder, and they ended up writing his injury into the show. LeBlanc broke down the incident during HBO Max’s Friends: The Reunion, which brought back the main cast to the original Studio 24 where it was filmed.

The segment first opens with an interview with David Beckham, who explains that Friends was his way to smile and destress during travels. He reveals his favorite episode is "The One Where No One's Ready.” “It’s one of those episodes that when I’m away and I’m feeling a little bit low, I just put it on, and it makes you smile to the point of crying,” Beckham says.

In the special, the producers explain that some Friends episodes had to be cheaply made “bottle shows” that were contained to one set, and this one was the first episode they shot in real time. To refresh your memory, in the episode Ross is anxious for everyone to get dressed, as he has a big event speech to make. Chandler and Joey are lounging around in casual clothes, and instead of getting ready they end up bickering about who gets to sit in Chandler’s favorite armchair. Chandler tells Joey it’s his seat, to which Joey asks, “How is this your seat? You left.”

Their dispute quickly balloons to ludicrous proportions. Joey walks off with the seat’s cushions, and Chandler hides his clothes. Joey ends up lunging commando in all of Chandler’s clothes, and somewhere in there, some airborne hummus is involved. The episode culminates in Chandler and Joey running to the chair and diving into it to call dibs. But when Joey dove on the fourth take, something went wrong.

“I went just to jump over the coffee table and somehow tripped and my legs went up in the air and my shoulder came out of the socket,” LeBlanc explains to his former cast mates. They end up watching a clip together of the incident. “It doesn’t look like anything until I stand up,” LeBlanc explains. The clip shows LeBlanc diving for the couch, hitting the bottom of the seat at an odd angle, and then standing up with his shoulder clearly lopsided as he walks off set.

“Ow!” you hear him yell offstage, as David Schwimmer tells the crew to cut. Apparently the paramedics ended up on set, and they had to wrap up for the night, as the whole point of the episode was to film all of them together in one space.

Later, LeBlanc’s sling was written into the show — Joey claims he fell off a bed while jumping on it. “So we had to put that into the show, but we waited until he was OK again to film the ending where no one was ready,” producer Kevin Bright explained. Ultimately, “what started out as the simplest Friends episode ended up taking the longest amount of time to shoot!”

More like this
The 8 Best Aidan Shaw Moments On 'Sex And The City'
By Grace Wehniainen
Ashton Kutcher Wants Danny Masterson “To Be Found Innocent” In Rape Retrial
By Jake Viswanath
All The ’70s Easter Eggs You Missed In 'That ’90s Show'
By Grace Wehniainen
At 28, Debra Jo Rupp Was Living A Much Different '70s Show
By Grace Wehniainen
Get Even More From Bustle — Sign Up For The Newsletter
From hair trends to relationship advice, our daily newsletter has everything you need to sound like a person who’s on TikTok, even if you aren’t.