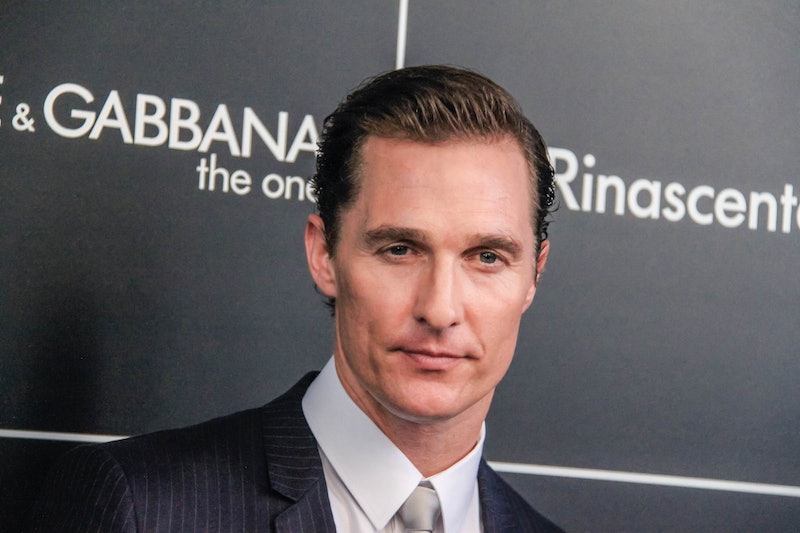 Matthew McConaughey isn’t running for Texas governor — at least not yet. After saying that a gubernatorial run was a “serious consideration” for him on The Balanced Voice podcast in March, the Dallas Buyers Club star revealed that he’s no longer considering running for public office on Sunday, Nov. 28. “As a simple kid born in the little town of Uvalde, Texas, it never occurred to me that I would one day be considered for political leadership. It’s a humbling and inspiring path to ponder,” the 52-year-old actor said in a video shared on social media. “It’s also a path that I’m choosing not to take at this moment.”

The Interstellar actor went on to explain that instead of running for governor, he feels that he can make the most impact by supporting entrepreneurs, businesses, and foundations that are “creating pathways for people to succeed in life” and that “have a mission to serve and build trust while also generating prosperity.” He also said that while politicians can certainly help get things moving in the right direction, it’s the responsibility of each citizen to take on “more responsibility today so that we can have more freedom tomorrow.”

Elsewhere in the video, McConaughey said that he’s spent much of the last several months “studying Texas politics and American politics” and that he’s learned a lot. He said that American politics “needs new purpose” and that American citizens have “divides that need healing.” He also said that people “need more trust in their lives.” “We’ve got to start shining a light on our shared values,” he continued. “The ones that cross party lines. The ones that build bridges instead of burn them.”

McConaughey’s decision to run may come as a surprise, especially since the Magic Mike star has been fairly vocal about running against Republican Gov. Greg Abbott in the next election, which is set to take place next year. And although McConaughey hasn’t been clear about where he aligns politically and what exactly his positions are on various issues, polling from the Dallas Morning News and UT Tyler showed him ahead of both Abbott and democratic candidate Beto O’Rourke, per Yahoo.

The actor initially expressed interest in entering the race in a November 2020 episode of The Hugh Hewitt Show, when he was asked if he would consider running. “I don’t know, I mean, that wouldn’t be up to me,” he said. “It would be up to the people more than it would me.” A month later, he said in an interview with Russell Brand that “there are a lot [of people] on that illiberal left that absolutely condescend, patronize, and are arrogant towards the other 50 percent.” He also suggested that the U.S. should make “an aggressive move” to be “aggressively centric” to fix division.

Roughly three months later, McConaughey appeared to be more serious about making a foray into politics. “I’m looking into now again, what is my leadership role?” he said on The Balanced Voice podcast. “Because I do think I have some things to teach and share, and what is my role? What’s my category in my next chapter of life that I’m going into?” And although he won’t be moving forward with his plans to challenge Abbott in the next election, Texas political consultant Keir Murray told The Hollywood Reporter in October that his lack of experience could’ve given him a leg up.

“Traditional political folks will criticize him by saying that nobody knows where he stands,” Murray told the publication. “But for a true outsider candidate, it’s actually advantageous. It’s a blank canvas to paint a candidacy, and it’s harder to be defined out of the gate.” However, running for public office would also risk McConaughey’s acting career. “He’s got a positive and favorable brand, but as soon as you dip your toe in the political pool people start to hate you,” Murray added. “Does he want to change that brand and damage it? Because that’s inevitable.”

More like this
Taylor Swift, Kerry Washington & More Speak Out On Uvalde Mass Shooting
By Jake Viswanath
10 Times Diana & Meghan Spoke Similarly On The Royal Family
By Sophie McEvoy
Here’s Everything Coming To & Leaving Netflix In June
By Alyssa Lapid
Britney Spears Met The Weeknd & Sam Levinson, So She May Actually Be On 'The Idol'
By Jake Viswanath
Get Even More From Bustle — Sign Up For The Newsletter