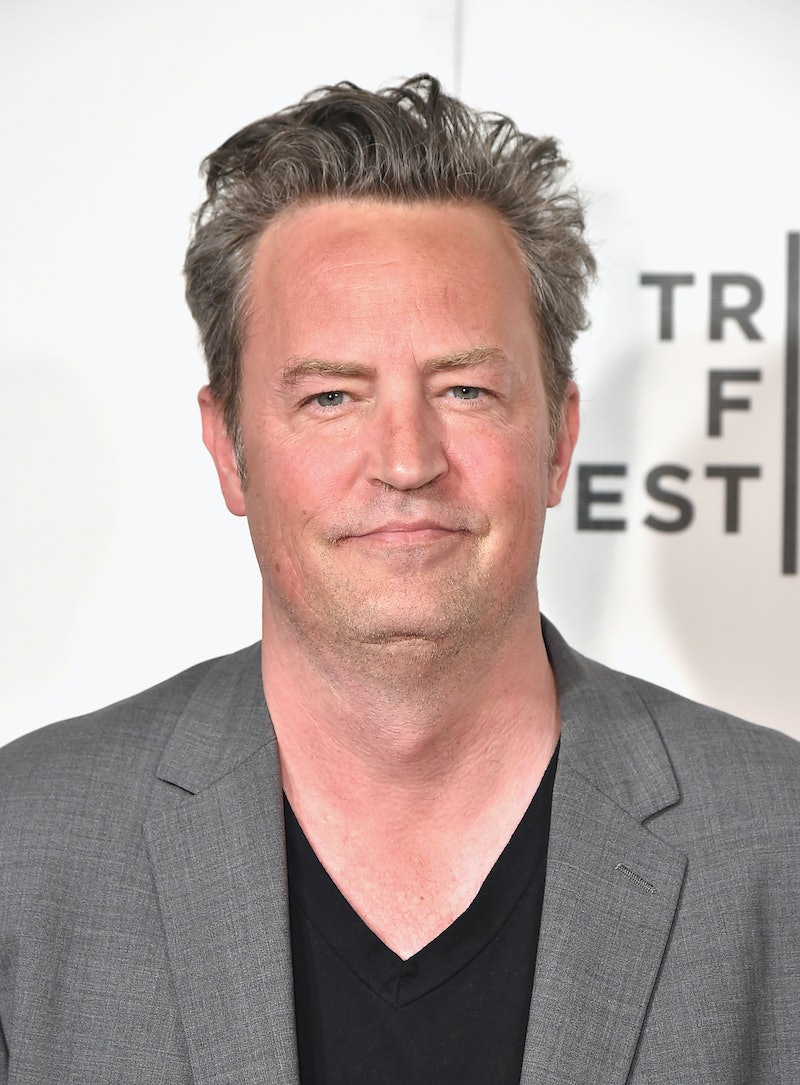 Matthew Perry won’t “sugarcoat” his relationships with his Friends co-stars in his upcoming memoir. According to Us Weekly, the 52-year-old actor will be very honest about the “tougher times” that he and his castmates have been through in his tell-all, which is scheduled to hit shelves on Nov. 1. “He’ll delve into his addictions, of course, plus clear up rumors about his feelings for the Friends co-stars,” the insider said.

Perry struggled with addiction for more than a decade, including many years while filming the beloved sitcom. “I don’t remember three years of it,” the actor confessed in a BBC interview from 2016. “I was a little out of it at the time — somewhere between seasons three and six.” Us Weekly’s insider confirmed that it “wasn’t always a bed of roses for Matthew on and off the Friends set” and that his book will explore the “good and bad” of the Friends reunion, which premiered on HBO Max in May 2021.

“It’s not going to be salacious or mean, just totally honest. But given the nature of Matt’s life and his experiences, that guarantees this will be an incredibly juicy read,” the source continued. Recent comments from Courteney Cox, one of Perry’s former co-stars, suggest that The Odd Couple actor has a lot of personal stuff to unpack in his upcoming book. In particular, she told Sunday Times that Perry felt pressure to make the audience laugh while filming the show.

“That was a lot of pressure he put on himself,” Cox told the UK paper. “That’s a lot to think how much he relied on that for his own self-worth.” Elsewhere in the interview, Cox said that Perry “struggled for a while” but is “doing great now.” She also said that she looks back fondly at her time on the show with her five co-stars, including Perry, Jennifer Aniston, Lisa Kudrow, Matt LeBlanc, and David Schwimmer.

“That was such a huge part of my life,” she said. “It was such a lucky situation that I fell into the show, and I went through so many things in those 10 years.” And when asked about her relationship with her co-stars, she told the paper that they’re all “just really comfortable” with each other. “We’ve shared so much history together and we laugh ... We have deep conversations, we also have silly times,” she said.

While it remains unclear what Perry will say about his co-stars in his memoir, what we do know is that his time on the show wasn’t easy. Even after last year’s reunion, Perry got a disproportionate amount of attention for seemingly slurring his speech, which concerned fans because of the actor’s history with substance abuse. But according to The Sun, Perry’s altered speech was the result of a dental procedure he got earlier that day.

“That was said to impact his wellbeing and also how he was feeling,” a source told the paper. “He had been in pain from what we understand, which caused the slurred speech.” According to The Los Angeles Times, the actor also told his friends that he didn’t relapse. Per Page Six, he has been sober since 2001, but “voluntarily checked back into rehab to keep his sobriety in check” in 2011.