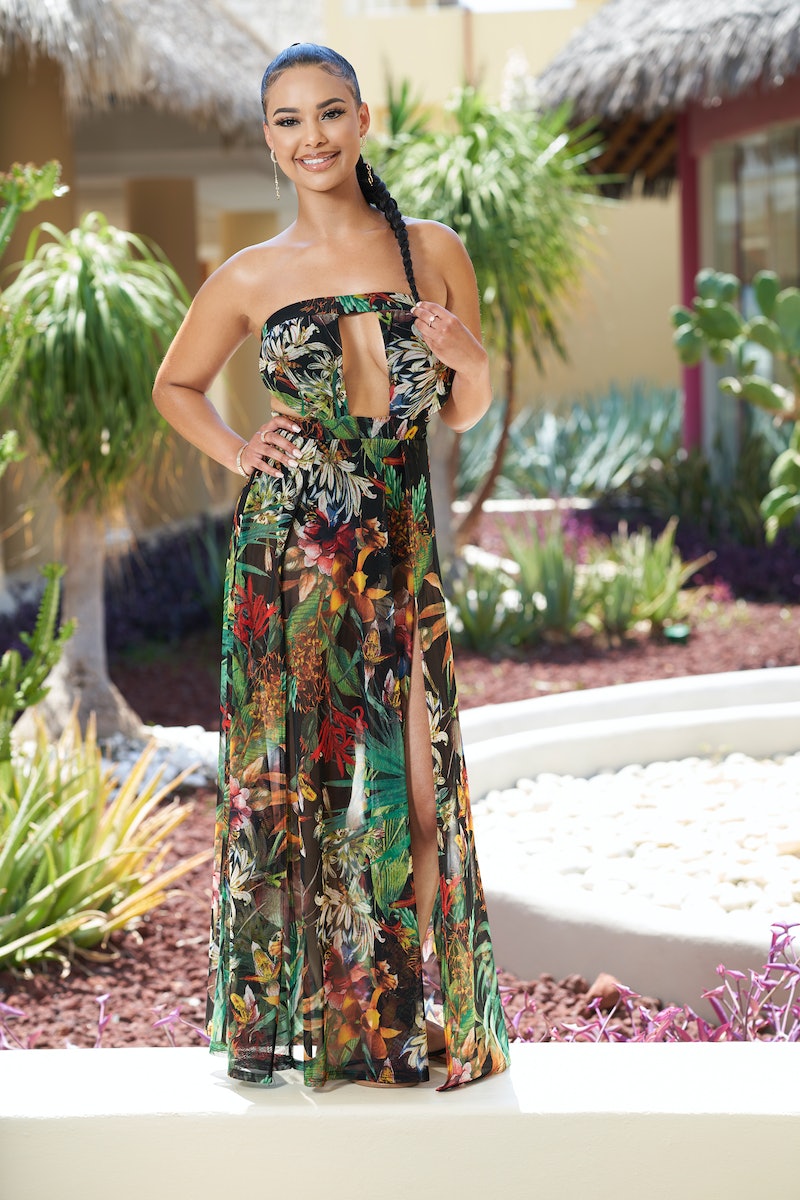 During Peter Weber’s season of The Bachelor, Maurissa Gunn stepped out of the limo and made Peter pinky promise they’d be honest and true to themselves throughout their journey together. The vow turned out to be pretty easy to keep: Peter sent Maurissa home during Week 1.

After the episode aired, Maurissa told People that she was disappointed that Peter didn’t give her more time. “I wish he would have gotten to know more about me and the person I actually am because I’m not just this pretty face that walked out of a limo,” she said.

While reflecting on the “journey of a lifetime” on Instagram, however, Maurissa said she wasn’t giving up on romance. “I am so extremely thankful for this amazing journey, and the chance to find love,” the 24-year-old Atlanta resident captioned a January 2020 post, quoting Ariana Grande’s “for Pete I’m so thankful” lyric from “thank u, next.” “Turns out Pete didn’t have what it takes to win my heart ... but I have faith that this journey is not over. I am confident that I will soon have the chance to experience this thing called ‘Love.’”

Indeed, Maurissa is getting second chance on Bachelor in Paradise Season 7. Here’s what else to know about her heading into the show.

Born and raised in Laurel, Montana, Maurissa lettered in all-state softball and varsity cheerleading in high school in addition to competing in beauty pageants. She joined the pageant circuit during her sophomore year at Laurel High School, and in 2012, she was crowned first runner-up and Miss Congeniality at Miss Montana Teen USA. In 2013, she won the Miss Montana USA crown, but quit competing the following year to attend Montana State University Billings.

Upon being cast on The Bachelor, Maurissa said it was important to her to open up about her “body image struggles” and hoped to use her platform to shed light on her experience. In an essay for Women’s Health in January 2020, Maurissa shared that she developed an eating disorder, restricted calories, and over-exercised when she competed in Miss Teen USA.

“I would read all the blogs and comments about me, even though I knew I shouldn’t,” she wrote, describing her “athletic, muscular build” in high school. “People would say things like, “Montana has the face to win, but her body might ruin it for her.” After arriving at college, the diet and fitness regimens of the pageant world had taken such a toll that Maurissa gave them up completely and gained 80 pounds.

Ultimately, she learned how to ignore other people’s judgment. “Now I’m at a point in my life where my happiness is all that matters,” she wrote. “It doesn’t matter what size I am as long as I’m happy and healthy where I’m at right now. And I can honestly say that I’m at the happiest point in my life that I’ve ever been.”

Maurissa has worked as a patient coordinator at Panacea Plastic Surgery in Atlanta since April 2019. Given her history with body image, Maurissa understands it might seem “strange” that she works at a plastic surgery center, but she wrote for Women’s Health that she just “wants to make people happy.”

“Women come in to the office all the time and say they’re worried about appearing vain because they want to make some physical changes to their appearance, but I’m like, ‘If you’re happy and you’re doing what you want, nobody can stop you.’ I absolutely love my job for that reason.”

Maurissa dated her high school sweetheart for five years, but they broke up because he didn’t want to get married as soon as she did. Soon afterward, she moved to Atlanta, and she’s been single ever since.

In January 2020, Maurissa was spotted at a restaurant with Mike Johnson from Rachel Lindsay’s Bachelorette season, but Mike later explained they were just friends. “That was not a date at all,” he told Us Weekly at the time. “She reached out to me and I was in Atlanta and she said, ‘Hey, I just have some questions about the show and how the process works being off the show now.’ And so I’m just being a friend, she’s my sister and a Bachelor alum, so therefore, can two people just be friends and give advice? Really, that’s all it was.”

After being eliminated from The Bachelor, Maurissa told People that Peter is “typically not someone I would go for,” noting she prefers her partner to be at least 10 years older than her. Adding at the time that she “would definitely be open to going to Paradise,” Maurissa listed Derek Peth and John Paul Jones as two men she’d like to get to know. She told the website Bachelor Nation that she’s “ready for a commitment” from a fun-spirited man and, as the oldest of 10 siblings, knows “what it means to love unconditionally.”

The self-described “manifest queen” and perfume fanatic primarily posts solo shots on Instagram, but there have been a few Hollywood guests lately. After appearing on The Bachelor, Maurissa posted a photo with Bachelorette alum Wells Adams and Good Morning America correspondents Michael Strahan, Keke Palmer, and Sara Haines. “Last night I got dumped on NATIONAL television, and today I was on @goodmorningamerica,” she captioned the January 2020 shot.

Around the same time, Maurissa also had “a total fan girl moment” when she got the chance to meet Olivia Culpo, who she called “one of my biggest role models since I was a teenager.”