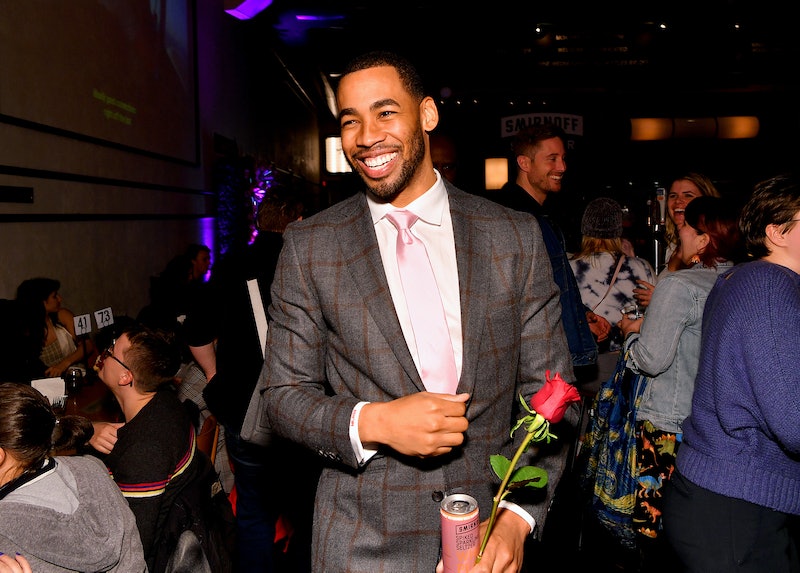 After being spotted out in Atlanta together on Jan. 6, Bachelorette alum Mike Johnson denies he's dating one of Peter's Bachelor contestants and insists that their casual hang out was completely innocent. “That was not a date at all, to be honest,” Mike told Us Weekly at the launch of the “Will You Accept This Rosé” campaign on Monday, Jan. 13. The contestant in question is Maurissa Gunn, a 23-year-old Patient Care Coordinator who was eliminated on night one of the Season 24 premiere. And while rejection comes with the territory when participating in a reality dating show, it can be a difficult process, which is evidently what prompted the two of them to meet up in the first place.

“She reached out to me and I was in Atlanta and she said, ‘Hey, I just have some questions about the show and how the process works being off the show now,'" Mike explained. "And so I’m just being a friend, she’s my sister and a Bachelor alum, so therefore, can two people just be friends and give advice? Really, that’s all it was.”

Mike went on to admit that at first he found the speculation about their relationship to be somewhat frustrating, but he ultimately realizes that his fans are just trying to support him and want to see him find happiness with someone special. "I mean people will say what they want to say and that’s just because they, people support me," he added. "I’m not mad about it at all. People will support me and want me to find love, so therefore, it will be known when I have love, but I’m not in love with no one right now.”

This isn't the first time Mike's love life has been a topic of conversation among Bachelor fans. During an appearance on GMA3: Strahan, Sara & Keke back in October, Mike asked Keke Palmer out on a date, which left her understandably flustered. He also dated Demi Lovato briefly last year, admitting on Ben Higgins and Ashley Iaconetti's Almost Famous podcast back in September that the singer "kisses really well."

But while neither of those relationships ended up panning out, he is still the eternal optimist and remains very open to finding love. “I’m looking for someone that’s extremely confident, someone that is all about self-love, someone that can be my biggest competitor and my biggest shoulder to cry on,” Mike added to Us Weekly during the same interview. “Someone that can be the person that I confide in, be the biggest diary for me ever. … Someone to be honest and open.”

With any luck, he'll find that special someone soon.