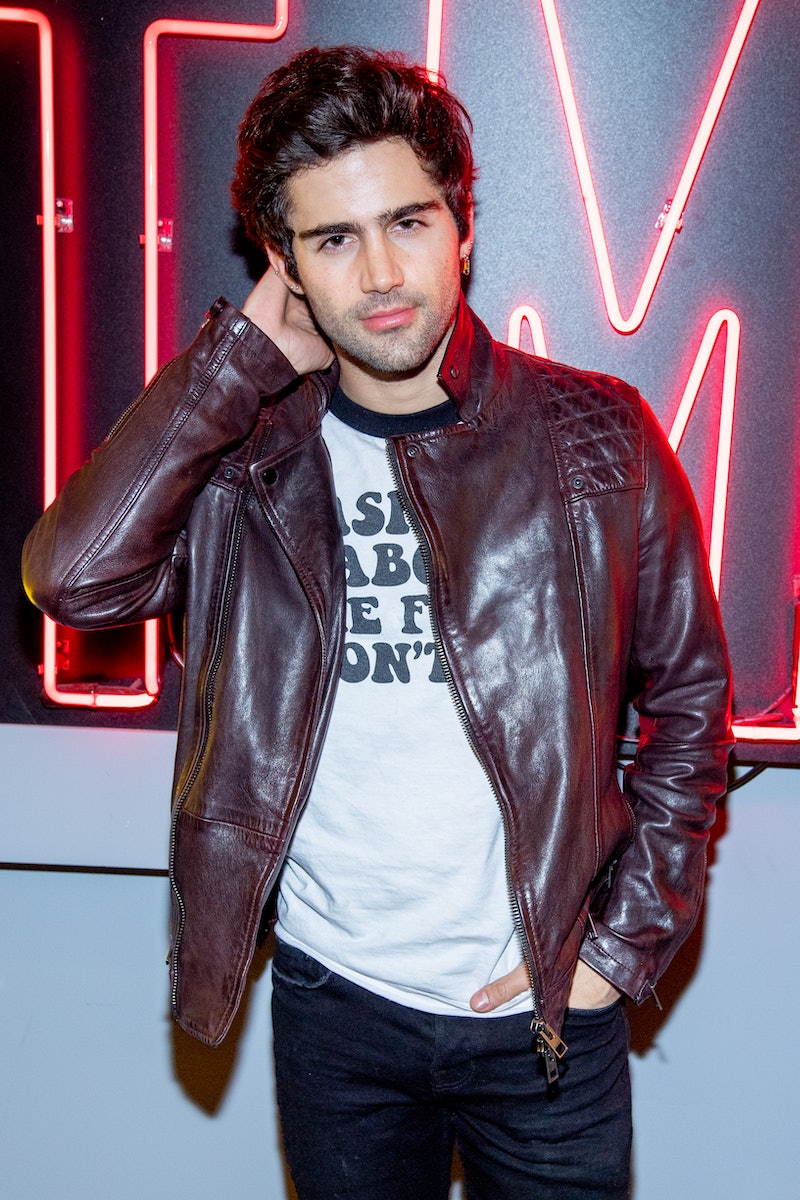 Demi Lovato fans weren't the only ones who were shocked to read that the singer had ended her engagement. Just a few days after the news broke, Max Ehrich said he learned about his breakup with Demi Lovato in the press, sharing his account of the breakup in a series of Instagram Stories on Saturday, Sept. 26. A source had previously told People that Lovato and Ehrich decided to end their engagement after two months, amicably and in a "tough decision."

On social media, Ehrich implied that the split wasn't exactly as mutual as it seemed. "Imagine finding out the status of your relationship through a tabloid," the actor and singer wrote. He added that he saw the news while "in the middle of filming a biopic movie about a Pastor in a Christian Church whose intention of the film is to help people." He concluded his posts with a simple message — telling his fans, "God bless you" — along with a dove emoji.

Ehrich is currently shooting Southern Gospel on location in Atlanta, Georgia; Lovato, on the other hand, has been in LA, and she recently released a new single with EDM producer Marshmello. The singer has yet to publicly comment on the split; however, on Sept. 25, the day after the People story broke, she posted a mirror selfie to her Instagram Story without a caption, and it was clear that she was no longer wearing her 10-carat, diamond engagement ring.

Lovato and Ehrich reportedly began dating in March, and subsequently began quarantining together in Los Angeles. "We were able to share this time together that we wouldn't have normally gotten to spend. And that accelerated our relationship on a level that you can't really explain to people, but quarantine either makes or breaks the deal," Lovato said during an appearance on SiriusXM's The Morning Mash Up about the decision to shelter in place together so early in their relationship. "And it really made that. So I'm really blessed, really fortunate, and continuing to count my blessings every day."

By the end of July, the couple's whirlwind romance culminated with a romantic beach proposal. "I’ve never felt so unconditionally loved by someone in my life (other than my parents) flaws and all," Lovato wrote on Instagram at the time, alongside several photos from the proposal. "You never pressure me to be anything other than myself. And you make me want to be the best version of myself. I’m honored to accept your hand in marriage. I love you more than a caption could express but I’m ecstatic to start a family and life with you."

However, despite the pair's effusive social media posts about one another, rumors of a breakup began swirling in September, after tweets allegedly written by Ehrich between 2010 and 2015 went viral. In the posts, the actor allegedly wrote about wanting to marry Lovato's former best friend, Selena Gomez, and even compared the "I Love Me" singer unfavorably to her fellow Disney Channel alum. On Sept. 14, Lovato defended her then-fiancé, claiming on Instagram that the posts were "fake," and that they were being used to "pit women against one another."

Still, a source close to the couple told People on Sept. 24 that Lovato and Ehrich split due to their different work schedules, rather than any lingering issues over the alleged tweets. "Demi and Max have decided to go their separate ways to focus on their respective careers," the source said. "They have respect and love for one another and will always cherish the time they spent together." Whatever the reasons, marriage is no longer on the horizon.

More like this
Shakira’s Record-Breaking New Song Takes Direct Aim At Her Ex Gerard Piqué
By El Hunt
5 Wild Theories About Miley Cyrus’ “Flowers” Music Video
By Jake Viswanath
Hilary Duff's Husband Matthew Koma Has Her Name Tattooed On His Butt
By Jake Viswanath and Stephanie Downs
Britney Spears Shares & Deletes Photos Of Justin Timberlake From 22 Years Ago
By Jake Viswanath
Get Even More From Bustle — Sign Up For The Newsletter
From hair trends to relationship advice, our daily newsletter has everything you need to sound like a person who’s on TikTok, even if you aren’t.