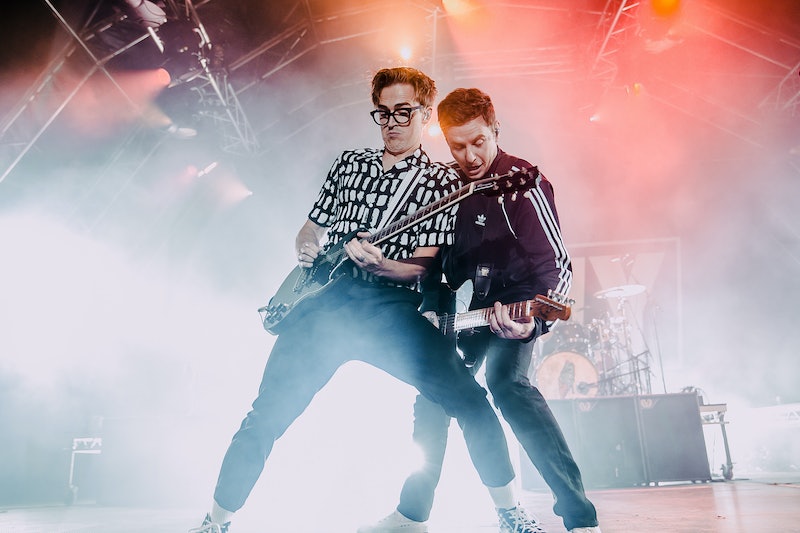 After a nineteen-year wait, McFly finally gave their first performance at Glastonbury 2022 on Sunday afternoon (June 26). Fans were so eager to see the band live that the festival had to close Avalon field due to overcrowding. “We really did not expect to see this many people,” McFly’s Danny Jones told the audience, who lost themselves in hit after hit.

“To finally be here is a dream ticked off the bucket list,” co-lead singer Tom Fletcher told NME backstage. While the band were only on for an hour, they managed to cram in their most recognisable tunes like “Star Girl,” “Obviously,” “All About You,” and “Room on the 3rd Floor” among newer tracks and a cover of Queen’s “Don’t Stop Me Now.”

In between songs, bassist Dougie Poynter noted how Billie Eilish was a toddler when they released their first record, and Jones made the point that if fans were enjoying the show, they “are McFly; if not, we are Busted!” referring to their supergroup venture with Busted in 2018, aptly going by the name McBusted.

McFly weren’t the only noughties moment that graced the Avalon stage at Glasto. Sugababes kicked off the post-millennium stylings on Friday night as Billie Eilish was performing her headline set on the Pyramid Stage. As was the case with McFly, the festival had to close Avalon field due to the sheer number of people hoping to get a glimpse of the original Sugababes line-up: Mutya Buena, Keisha Buchanan, and Siobhán Donaghy. “So many of you turned up to watch us, they had to close Avalon field. We can’t believe it!” the band wrote on Twitter. “Thank you.”

Evidently, Glastonbury didn’t anticipate the crowds that McFly and Sugababes would draw. If they ever do grace the Somerset fields in the future, they may well be entertaining crowds on the main stage.