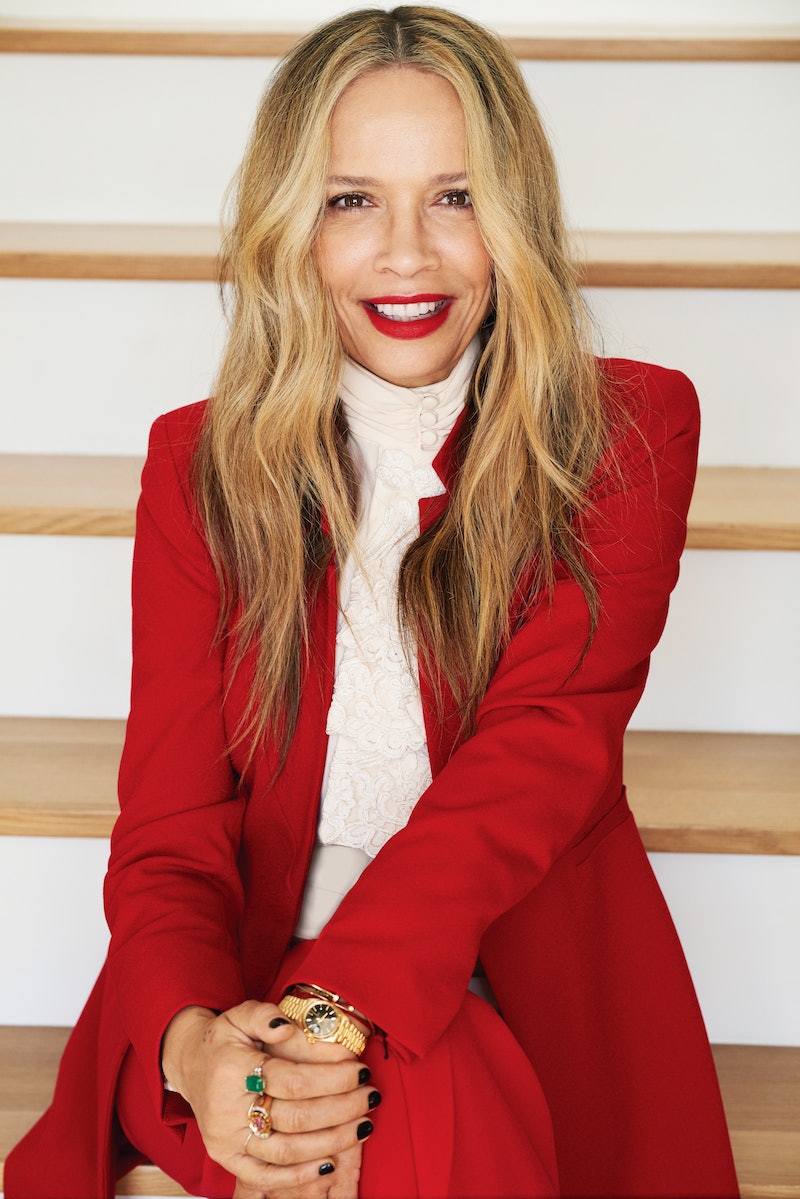 The Star Wars universe features planets full of different cultures and species, but here on Earth, we're only just beginning to scratch the surface of diversity. As the second unit director on The Rise of Skywalker, Victoria Mahoney is the first woman to direct a Star Wars film. She's responsible for anything not involving the main talent or dialogue, including filming intricate stunts, establishing shots, aerial footage, effects, inserts, and more. The unit is often in charge of expensive, dangerous, and time-consuming shots, leaving the main crew free to focus on capturing performances. "Tons of money, tons of explosions, tons of risk," is how Mahoney describes it.

A television veteran and independent filmmaker, Mahoney is also a sci-fi devotee — she and Ava DuVernay are adapting Octavia Butler's Dawn into a series — who was inspired by the Star Wars franchise as a child. "My connection to Star Wars is the same as every little kid that saw it the first time," Mahoney tells Bustle. "I had my mind blown. [I] was really affected by the places it invited me to go after the film ended. And that was what enticed me. It kept my brain and my mind, my spirit and my heart, roaming long after I'd seen it." Star Wars sparked her craving for more adventures in that world, and now Mahoney is a part of creating one herself.

It all started when Rise of Skywalker director J.J. Abrams made an unusual request. "He was looking around for a list of filmmakers that aren't on the traditional list of filmmakers, and he made an outreach call to Ava DuVernay. And Ava kindly responded that she would not give him a list but would give him one name, and one name only — Victoria Mahoney." It was an incredible and unexpected call to get, but Mahoney remained wary.

"I don't know if I would have done it if it wasn't for J.J., to be quite honest," she says. While it's an honor to be considered to work on an iconic franchise, being involved in a project of this scale means "you don't know what you're walking into." But after meeting Abrams, Mahoney decided to trust her gut and say yes. "It was just an incredibly respectful interaction that he could have done differently. And I've been at meetings before and where people have done it differently," she says. "He's quite honest, and that's what appealed to me."

Though Mahoney is a film and TV veteran, showing up on the Rise of Skywalker set felt like the first day of school in a new town. Much of the crew had worked on at least one film in the franchise before, while Mahoney had not. "It was really, really challenging to go to work and not have any crew that I've worked with before," she admits.

Though it was intimidating, Mahoney stayed focused on the world they were working together to create. "You can't go to work thinking about how big this thing is," she says. "To some degree you have to erase the scale and the scope and get back to the one thing you're there to do." Whether on a budget of $2.50 or $2.5 million, she says the job is the same, adding, "I'm there to make space for the truth. To make people feel safe to share what's inside of them and to rise past whatever it is they think they know... from the key crew to the actors." And for a TV veteran like Mahoney, The Rise of Skywalker's set was a variation of already familiar workspaces.

"What was new was playing in a mythology that has decades of love and care and regard for audiences," she says. "Something that's bigger than what you're doing on the ground at any point in time, and that has a legacy that precedes you."

She didn't let awe distract her for long, though. She notes, "That lasts for a few minutes, and then you just get into, what camera, what lens... what's the goal of this precise second, and how do we find a way to capture a little bit of magic?"

Now, she's excited to share what she's created with the wider world. She's especially hoping another generation will have the same life-altering experience with The Rise of Skywalker she had seeing the original trilogy for the first time. "When you watch young people, see their brains explode and their minds crack open, it's just my favorite thing in the world," she says.