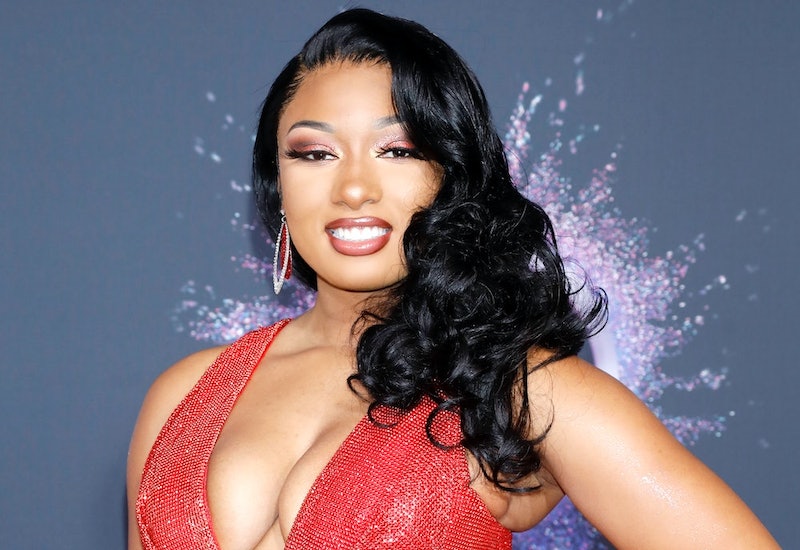 Alongside a call to believe and protect Black women, Megan Thee Stallion shut down reports that she dropped charges against Tory Lanez. The Canadian rapper was charged last October for shooting the "WAP" artist in July in Los Angeles. Lanez pleaded not guilty to the felony assault charges in November. A court date, initially scheduled on Inauguration Day, had been pushed back to Feb. 25. After an outlet claimed that Megan dropped the charges against Lanez, the "Hot Girl Summer" rapper slammed it as "fake news."

Megan urged her Twitter followers to "stop believing everything you read on the MF internet" in a series of tweets on Jan. 21. "Imagine how I feel waking every day seeing people LIE and turn my trauma into a joke?" she wrote. "That whole team figures out ways to create doubt with my story every week and the media eats it up." In a separate tweet, she explained why the court date changed. "Y'all still don't see an ABUSER picking with me?" she asked. "The first court date got pushed back bc of the inauguration but I can't wait until the MF FACTS come out!"

The rapper also seemingly addressed Lanez directly, writing: "B*tch you shot me AND MY STORY NOT CHANGING AND B*TCH YOU GOING TO JAIL." In another tweet, she called out people on Twitter who always say to "believe Black women" but continue to doubt her story. "I'm not open abt anything on the internet usually bc I like to keep my emotions private but I'm reaching my limit," she wrote, reflecting on the trauma. "Im going to keep staying positive."

Lanez's reps confirmed to Page Six that the charges weren't dropped, maintaining that they weren't behind the claims. "The false report came from a d-list blogger (I can't even find their contact) that doesn't know how to read a court docket," the rep said. "The trial was pushed back due to inauguration security reasons at all courthouses. So no, we had NOTHING to do with it." A second source clarified that only the Los Angeles County District Attorney could drop the charges. "The reality is he will have to deal with the consequences of his actions," the source said.

Lanez is facing one felony count each of assault with a semiautomatic firearm, personal use of a firearm, and carrying an unregistered, loaded firearm — as well as an additional gun charge pertaining to inflicting great bodily injury. If convicted, he could face up to 22 years behind bars, according to the Associated Press.

More like this
The Meaning Of Steve Lacy’s “Bad Habit” Lyrics
By Radhika Menon
9 Photos Of Celebrity Couples & Unexpected Duos At The 2023 Grammys
By Jake Viswanath
What Is Mary J. Blige’s Net Worth? The 9-Time Grammy Winner Is Doing “Just Fine”
By Hugh McIntyre
The History Of Taylor Swift's "All Too Well" & What The Lyrics Actually Mean
By Jake Viswanath
Get Even More From Bustle — Sign Up For The Newsletter
From hair trends to relationship advice, our daily newsletter has everything you need to sound like a person who’s on TikTok, even if you aren’t.