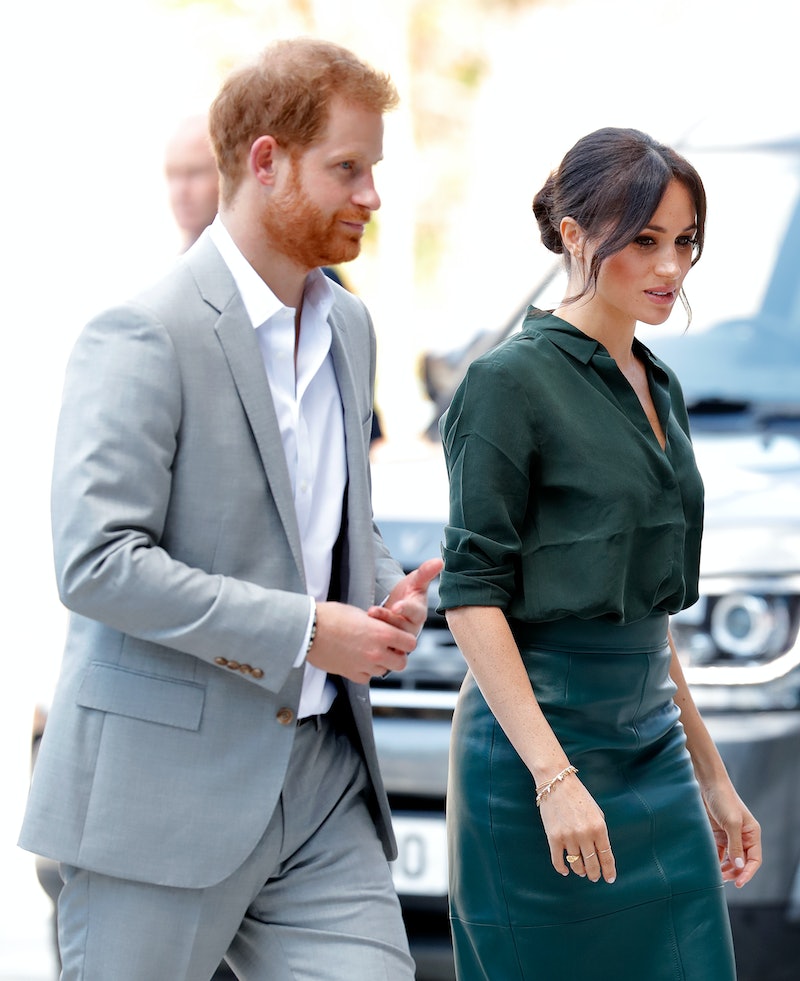 Among the things that Meghan Markle and Prince Harry spoke about during their interview with Oprah Winfrey, their claim that someone in the royal family allegedly asked “how dark” Archie would be when he was born stood among the rest.

When pressed by Winfrey as to who they alleged had said the racist remark, Harry replied that it was an “awkward” conversation he would “never share” which left him “shocked”.

But in a revised version of their 2020 book Finding Freedom, authors and royal correspondents Omid Scobie and Carolyn Durand report that Meghan and Harry considered naming the royal who allegedly made the racist remark about Archie. Mentioned in a new epilogue, Scobie and Durand claim that Markle told Winfrey that they decided not to share who it was, as they thought “it would be very damaging to them.”

The newly-added epilogue claims that Queen Elizabeth hasn’t watched the couple’s interview with Winfrey, but it is said to have affected the royal family immensely. “There is a feeling that if it’s ignored it will go away,” a Buckingham Palace staffer told the authors, “but surely by now they should have learned that never happens?”

Scobie and Durand also claim that the royal family were “quietly pleased” that Meghan didn’t attend the funeral of Prince Philip, fearing her presence would have caused a media “circus”. Another royal source added that there is some sense of “actual progress” being made to mend the seemingly fractured relationship.

Harry and Meghan have consistently denied co-operating with Scobie and Durand on Finding Freedom and sought to distance themselves once again after the new chapters were announced. The Daily Beast reports that the couple’s lawyers Schillings wrote to at least one British newspaper to issue warnings over the nature of the publication’s coverage. A source from the newspaper in question told The Daily Beast: “The attorneys for Harry and Meghan claim the authors do not speak for them and that the writers have ‘written about their take on matters.’”

More like this
Oprah Winfrey Revealed Her Hopes For Prince Harry & The Royal Family
By Maxine Harrison
10 Photos Of William, Harry, & Their Cousins Honoring The Queen Together
By Stephanie Topacio Long
William & Kate Shared How Their Kids Are Doing As They Mourn The Queen
By Stephanie Topacio Long
King Charles Ensured These Subtle Tributes Were Included In Queen Elizabeth’s Funeral Wreath
By Sophie McEvoy
Get The Very Best Of Bustle/UK