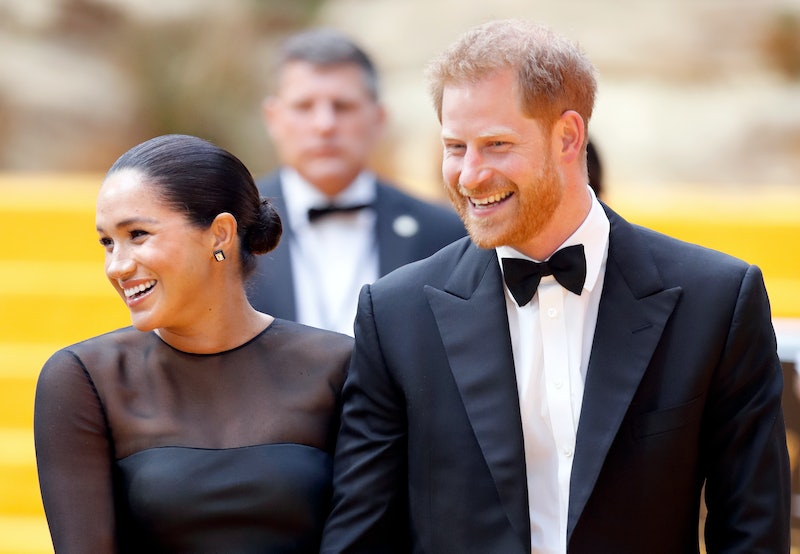 2020 was an undeniably difficult year, but Meghan Markle and Prince Harry kicked off the new year with a message of hope. On the newly relaunched website for their non-profit, Archewell, they posted a poignant "Letter for 2021" that included both a sweet tribute to their moms and a reminder of the importance of compassion.

“I am my mother’s son. And I am our son’s mother. Together we bring you Archewell,” the couple wrote on the website. "We believe in the best of humanity. Because we have seen the best of humanity. We have experienced compassion and kindness from our mothers and strangers alike. In the face of fear, struggle, and pain, it can be easy to lose sight of this. Together, we can choose courage, healing, and connection. Together, we can choose to put compassion in action."

They ended the letter with a call to action: "We invite you to join us as we work to build a better world, one act of compassion at a time."

The Duke and Duchess of Sussex also shared two childhood photos on the site’s new homepage. One image was from 1986 and showed a young Prince Harry sitting on the shoulders of his late mother, Princess Diana. The other image showed a young Meghan being held by her mother, Doria Ragland.

Harry and Meghan launched Archewell shortly after stepping down as senior royals on March 31. The name is partially a homage to their son Archie, but it's also a play off of the Greek word "arche," which means "source of action." Per PEOPLE, the couple said in a statement that they've always connected deeply to that concept, and it became the inspiration for both Archie's name and the non-profit. "To do something of meaning, to do something that matters. Archewell is a name that combines an ancient word for strength and action, and another that evokes the deep resources we each must draw upon," they said.

Today, Archewell encompasses the non-profit foundation, a Hollywood production company, and an audio-only production company. In September, Archewell Productions signed a multiyear deal with Netflix to make uplifting documentaries, feature films, and children’s programming. "Our focus will be on creating content that informs but also gives hope,” the couple said in a statement, per The New York Times.

On Dec. 15, Archewell Audio announced a partnership with Spotify to "elevate underrepresented voices" through audio storytelling, per Harper's Bazaar. Meghan and Harry's first full podcast episode debuted on Dec. 29. It included guests like Elton John, Japanese tennis ace Naomi Osaka, and teen activist Christina Adane, who all reflected on the difficulties and joys of 2020.

"We believe that compassion is the defining cultural force of the 21st century, and we support a growing community of organizations fueling systemic cultural change," Meghan and Harry wrote on the website. "At Archewell Foundation, we listen to people and their communities, help them tell their stories, put real action behind our words, and spotlight a new generation of leadership."