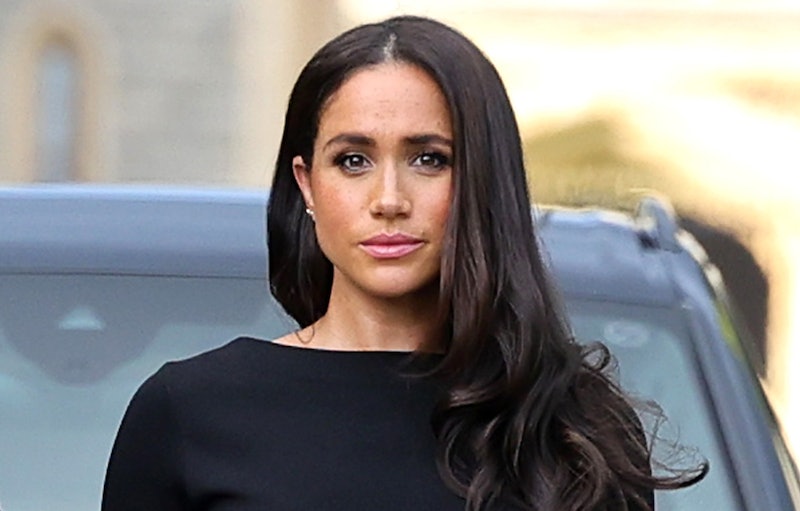 After resuming her Spotify podcast following a break to mourn Queen Elizabeth II, Meghan Markle returned to Archetypes with another gripping instalment, this time discussing the way women are often labelled “crazy or hysterical.” The Duchess of Sussex was joined by actors Jenny Slate, Constance Wu, and Deepika Padukone in the episode titled “The Decoding Of Crazy.” After issuing a trigger warning ahead of the mental health topics discussed, Markle opened the floor with: “Raise your hand if you've ever been called crazy or hysterical, or what about nuts? Insane, out of your mind, completely irrational. OK, you get the point.”

Remarking on how often those labels are used against women, including herself, she noted: “Now, if we were all in the same room and could see each other, I think it would be pretty easy to see just how many of us have our hands up. By the way, me too.”

Markle, who has previously opened up about how she was treated by the tabloids in the UK and the devastating impact it had on her mental health, pointed out how prevalent these labels have become in society. To highlight this, a series of soundbites from popular culture played. Among them was a clip from the hit series How I Met Your Mother, featuring Barney Stinson [Neil Patrick Harris] saying: “A girl is allowed to be crazy, as long as she is equally hot.” As Markle later says, “no one wants this label.”

“Calling someone crazy of hysterical completely dismisses their experience. It minimises what they’re feeling,” she remarked. “And, you know, it doesn’t stop there... anyone who has been labelled it enough times can be gaslit into thinking that they’re actually unwell. Or sometimes worse, to the point where real issues, of all kinds, get ignored.”

As the conversation continued, Markle and her guests discussed the importance of looking after our mental health and getting the support needed. The former actor revealed that it was her husband, Harry, who found her a referral for a therapist. Reliving the moment she picked up the phone and said “I need help,” Markle recalled: “She [the therapist] could hear the dire state that I was in.”