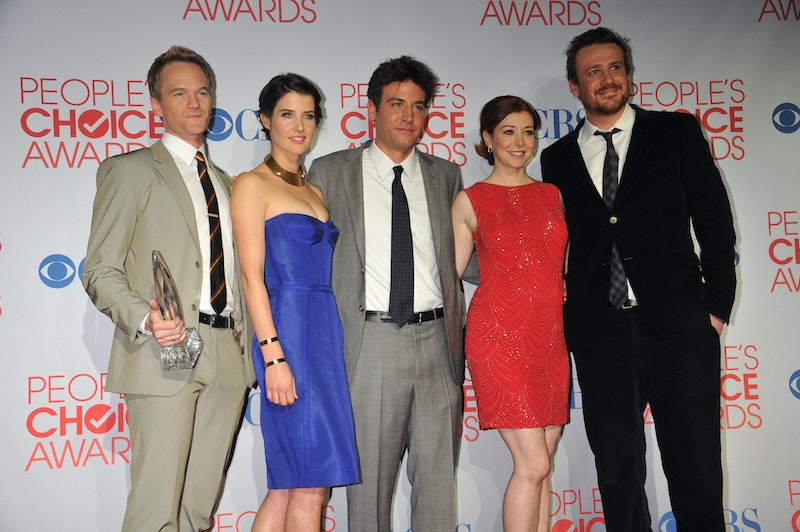 The premise of How I Met Your Mother was essentially about the main character, Ted Mosby, recalling, via flashbacks, how he met the mother of his two teenage kids. It took nine seasons before the Mother’s identity was unveiled, but fans had time to enjoy Ted, Robin, Lily, Marshall, and Barney’s shenanigans leading up to the exciting reveal.

Now, as fans relive the best moments of the show on Hulu and Amazon Prime, it’s become easier to spot all of the clues leading to the identity of Ted’s future wife. With the new spinoff, How I Met Your Father, starring Hilary Duff, there’s even more reason to watch the original series that’s confirmed to “tie in” with Duff’s latest TV project. Whether you’re enjoying HIMYM for the first or 50th time, here are some clues to help you find the Mother well before the show officially IDs her.

The Mother’s Name Is Revealed In The First Season

One of the biggest hints about the Mother — her name — is said in the Thanksgiving episode during HIMYM’s first season. In this episode, called “Belly Full of Turkey,” there’s a scene where Ted, Robin, and Barney find themselves at a strip club. Ted buys a lap dance for a homeless man and is thanked by one of the club’s exotic dancers, whose name is Tracy. Tracy is also the name of Ted’s wife, but those watching during the show’s original run were unaware. After Tracy’s introduction to Ted in the club, Future Ted tells his children this is the true story of how he met their mom, much to their shock, only to add that he was joking. It turns out that perhaps the joke was on fans all along.

Given that Robin and Ted end up with one another in the series, it was thought Robin would be unveiled as the Mother. Their on-again, off-again romance seemed like it would stay off for good. Barney and Robin marry one another during HIMYM’s final season, though the pair decide to consciously uncouple with a divorce after several weeks. Ted and Tracy also marry, but Tracy passes away from an undisclosed illness in the year 2024. Tracy is the mother to Future Ted’s offspring, but it’s Robin he ultimately spends the rest of his life with.

The yellow umbrella is another crucial sign in HIMYM’s nine-year history. It was first owned by Tracy but comes into Ted’s possession after Tracy leaves it behind at a St. Patrick’s Day party. Tracy ends up getting her umbrella back, but throughout the course of the series, she’s still acknowledged as a mysterious girl with a yellow umbrella until the season finale. In addition, the umbrella is either referenced or seen from Season 3 onward. Per Screen Rant, the serendipitous item “served as a symbol of Ted and the Mother’s relationship” before their destined encounter. In the end, the yellow umbrella was a sign pointing viewers to Tracy as the Mother during most of the series’ run.

A scene in Season 9 featuring Tracy singing along to Edith Piaf’s “La Vie En Rose” can be traced back to an episode from Season 1. In “The Limo,” Ted and Robin kiss as “La Vie En Rose” plays in the background. The title of the French song means “Life in pink,” in English, and its message describes a woman who only sees life positively because of the man she loves. According to Screen Rant, “La Vie En Rose” is significant given that Tracy not only performs the song many times during her relationship with Ted but also because of the scene with Ted and Robin in Season 1. It can be argued that Ted’s love story with both Tracy and Robin centers around hope in different ways: the hope that Ted has for a serious relationship with Robin and meeting the mother of his children, Tracy, which he eventually does.

Throughout the show, Future Ted recalls all the events leading up to meeting his wife in the past tense. This makes sense considering he’s talking to his children about earlier chapters of his life. But, throughout the series, viewers find out that Ted recounts his memories of Tracy in the past tense because she’s dead. Alyson Hannigan, who plays Lily, told HuffPost in 2015, “I didn’t know who the mom was going to be, but I did know that the reason he was telling these stories is because she passed away, which was very sweet.”

Years later, How I Met Your Mother viewers continue to search for hints they might have previously missed about the Mother on fan sites. With the debut of How I Met Your Father, it’s likely followers will have a whole new set of clues to sift through, but this time about the Father.

More like this
Bill & Frank’s 'The Last Of Us' Episode Has Twitter Emotionally Wrecked
By Alyssa Lapid
Anne Hathaway Shared A "Thrilling" 'Princess Diaries 3' Update
By Darshita Goyal
Ashton Kutcher Wants Danny Masterson “To Be Found Innocent” In Rape Retrial
By Jake Viswanath
At 28, Debra Jo Rupp Was Living A Much Different '70s Show
By Grace Wehniainen
Get Even More From Bustle — Sign Up For The Newsletter
From hair trends to relationship advice, our daily newsletter has everything you need to sound like a person who’s on TikTok, even if you aren’t.