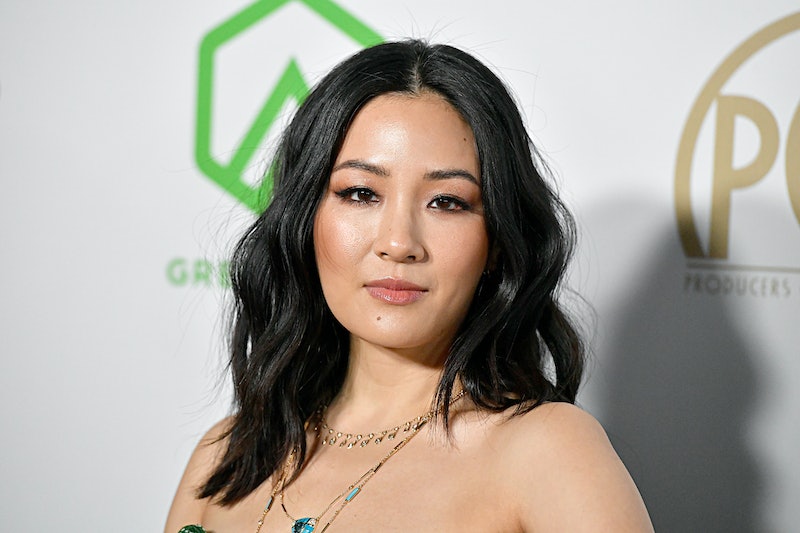 Warning: This article contains mentions of suicide and sexual harassment.

Constance Wu is opening up about the social media backlash she received in 2019 in a new book. In the collection of essays, Making A Scene, published Oct. 4, the actor sheds light on what was going through her mind after she came under fire for expressing disappointment about the renewal of her sitcom Fresh Off The Boat on Twitter.

“Because of my studio contract, I’d have to drop everything else — all the exciting jobs that the network had given us permission to pursue — and return to FOTB,” she writes in Making a Scene. “The fresh start I’d looked forward to would have to wait.” As Wu details in her book, that fresh start was needed: she had allegedly been sexually harassed by a Fresh Off the Boat producer prior to the renewal. She hadn’t publicly spoken about her experience because she was afraid of the repercussions. “I wanted to have a fresh slate where I didn’t have to start a show with all these memories of abuse,” Wu said in an interview with The Atlantic. “I loved everybody on that crew, and I loved working on that show, but it had that history of abuse, that it started with, and even though I handled it after two years, I was looking forward to a clean slate.”

The Crazy Rich Asians star reveals in the book that even after she apologized for appearing insensitive, she couldn’t escape her tweets. “My head spinning, I realized I needed a wound to prove it, to prove that I hurt as bad as everyone said I deserved to hurt and it couldn’t be a little wound, it had to be the biggest wound in the world for it to be enough.” The constant backlash almost cost Wu her life.

A friend found Wu after she attempted to take her life one evening and contacted Wu’s publicist asking for help. Her publicist sent her to the psychiatric ER of a mental hospital, where she spent the night “on a cot in the empty waiting room, under surveillance. Weeping until the exhaustion wore me out.” Wu was ultimately told she needed help, and was connected to a therapist who “worked with high-profile actresses and musicians” and understood her “unusual circumstances.”

“Getting a new therapist wasn’t as difficult as I’d thought; the retelling of stories wasn’t tiring but, well... therapeutic. And it was through a daily, then tri-weekly session commitment to therapy that I clarified my values, learned how to allow my emotions without overwhelm, and developed better tools for managing big feelings. I still go to therapy once a week. I’m still learning, too.”

A few months after the tweets, Wu went back to film the final season of FOTB. She was nervous about returning to the set, she details in the book, “not because of the public response, but because of the personal one — the cast and crew I’d worked with for more than a hundred episodes.” She wanted to apologize to her castmates, so she started with the actors who played her sons: Hudson Yang, Ian Chen, and Forrest Wheeler.

“Forrest and Ian seemed a little uncomfortable — probably a normal reaction for teenage boys when adults break down in front of them,” she said of how she cried through her apology. “But Hudson, who played my oldest son, his face softening with so much love and forgiveness, said, ‘Hey... it’s okay, Constance. We know you didn’t mean it. We love you. It’s okay. You’re okay.’ He hugged me. My shoulders shook as I wept. He held me tighter... ‘It’s okay,’ he kept reassuring me, my gratitude for his forgiveness overwhelming me. Then, like a good big brother, he made Ian and Forrest come over and hug me too. I had come into that conversation with the intention of caring for my kids. And instead, my kid took care of me. I’ll never forget that.”

She then spoke to the cast, crew, producers, writers, and executives at the first table read of the new season. One of the producers set aside time before they started for Wu to have the floor. Her hands were shaking before she spoke. “I hadn’t even started talking and I was already crying. Somehow, I finished reading the whole apology I’d written. It was the bravest thing I’d done in a long time. Maybe you will think that calling myself brave is tooting my own horn; go ahead and think that, I don’t fucking care. The apology wasn’t for you. It was for the people in that room. Chelsey [Crisp] held my hand as I read it. In a way, it felt like everyone in that room held my hand that day.”

Wu said she was thankful for her coworkers, and felt luckiest having co-star Randall Park in her corner, which she compared to “winning the lottery.” “I don’t have enough words to ever express my enormous gratitude for his grace and patience. I am embarrassed I wasn’t as wonderful as him, but I aspire to be, and know I’m getting better every day. In terms of how to be a good human being, he is my gold standard.”

More like this
Taylor Swift Reacts To The Ticketmaster Controversy After Twitter Outrage
By Jake Viswanath
Who Is Pete Davidson Dating? He "Courted" Emily Ratajkowski At A Knicks Game
By Jake Viswanath
Matt Smith Proves He's Daddy Daemon In This Viral 'House Of The Dragon' Video
By Marina Watts
Elizabeth Debicki Explains Her Approach To 'The Crown’s Most Debated Scene
By Grace Wehniainen
Get Even More From Bustle — Sign Up For The Newsletter