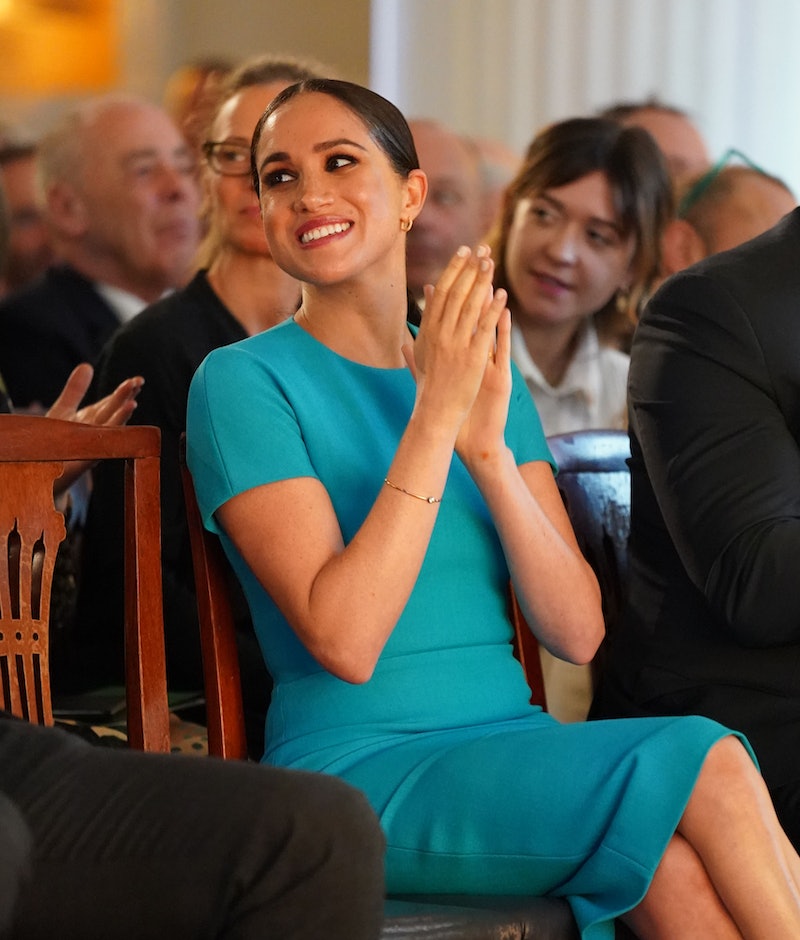 Meghan Markle’s privacy court case against Associated Newspapers rumbles on, but the Duchess has secured one win today (August 5). A judge has ruled that Meghan will be allowed to keep the identities of her friends involved in the case anonymous. Mr Justice Warby said she had won the High Court order to protect their names "for the time being at least".

Meghan is suing Associated Newspapers for publishing a private letter between her and her father in the Mail on Sunday. The defendant is arguing that they published the letter because Meghan's friends referred to it in an interview with People magazine in February 2019, meaning it was public knowledge. For this reason, it's possible that the friends' identities may have been revealed during court proceedings: something that Meghan was determined to avoid.

Meghan sought to protect the identity of her friends as confidential journalistic sources but also under their own privacy rights. She said that Associated Newspapers was "threatening to publish the names of five women" and "each of these women is a private citizen, young mother, and each has a basic right to privacy." Her statement continued:

"Both the Mail on Sunday and the court system have their names on a confidential schedule, but for the Mail on Sunday to expose them in the public domain for no reason other than clickbait and commercial gain is vicious and poses a threat to their emotional and mental wellbeing. The Mail on Sunday is playing a media game with real lives."

In response, a spokesperson for the Mail on Sunday said that while the newspaper “had no intention of publishing” their identities, they see “no reason why their identities should be kept secret” as their evidence “is at the heart of the case.”

In written submissions to the court, Associated Newspaper lawyer Antony White QC said "Reporting these matters without referring to names would be a heavy curtailment of the media's and the defendant's entitlement to report this case and the public's right to know about it."

He added: "No friend's oral evidence could be fully and properly reported because full reporting might identify her, especially as there has already been media speculation as to their identities."

Despite this, Justice Warby has sided with Meghan and decided to keep the names hidden for now.