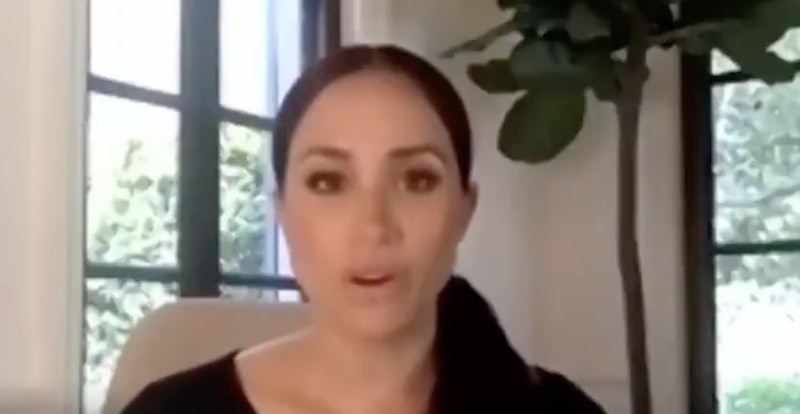 Ahead of the US presidential election on November 3, the Duchess of Sussex joined an online "couch party" urging people to vote. From her Santa Barbara home, Meghan Markle supported Michelle Obama's When We All Vote initiative by reminding US citizens about the very real impact of their vote.

"We’re only 75 days away from Election Day, and that is so very close and yet there’s so much work to be done in that amount of time because we all know what’s at stake this year. I know it," she said to viewers.

As part of organisation United State Of Women, the Duchess also reminded viewers that it was soon the 100th anniversary of the 19th Amendment, which gave just some women the right to vote. Women of colour were given their right decades later. For Markle, this was also a perfect opportunity to acknowledge that voter suppression was still a problem today.

She said: "We look at the attempts of voter suppression and what that’s doing, it’s all the more reason we need each of you to be out there supporting each other, to understand that this fight is worth fighting, and we all have to be out there mobilising to have our voices heard."

Meghan Markle has been making great use of Zoom and video calling over the pandemic. As Bustle reported, Meghan Markle and Prince Harry just did their first joint Zoom call from their new home in Santa Barbara, for an important reason.

The Sussexes joined four young leaders from around the world, all of whom have founded important organisations or are social entrepreneurs in their own right, to discuss how the digital world can be used as a positive force.