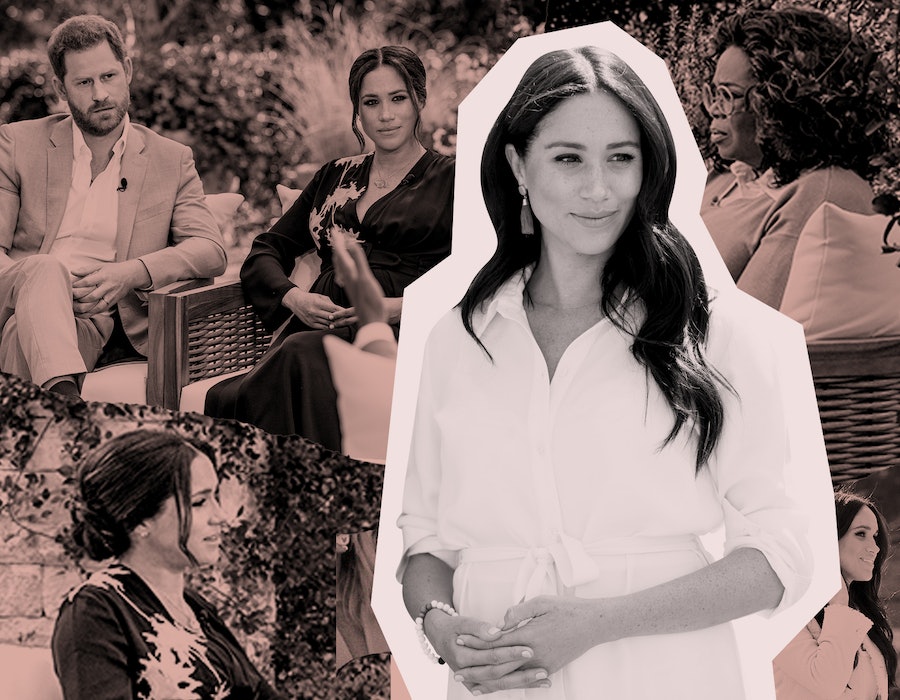 Over the past week, I’ve been trying to reconcile my impression of Meghan Markle with the one I see others having (very loudly) on the internet. To me, Meghan Markle comes across as a beautiful and charismatic actor who fell in love with a cool, rich, very famous guy, and didn’t quite expect that the monarchy in the 21st century was as, well, monarchical as all that. They get that not being allowed to wear dark nail polish is weird, right? I imagine her thinking. Like, behind closed doors — they realize this is insane, right? They’re all secretly cool and normal, yes? Turns out, no, Meghan, they are not! Being a member of the royal family is like signing up for a retroactive cold and lonely childhood at some terrible boarding school.

The way I see it, Meghan felt isolated, unsupported, and condescended to, all while being brutally ripped apart by the British press. Can you blame her, or her husband, for taking a moment to say, “Hold on, we’re eighth in line for the throne; barring an insane catastrophe, we’re never actually going to be king and queen. Why are we living in these terrible chintz sitting rooms, not allowed to see our friends or go out to dinner, when we could live in California and enjoy our lives?”

Well, apparently, you absolutely can blame her!

Those doing so veer from the merely put-off to the outright racist, from people who feel it’s appropriate to call a woman they’ve never met a liar for claiming to have had suicidal thoughts. The general tenor of hatred toward Meghan Markle is non-specific. There’s no one event or statement she’s issued that has made people so furious — people whom, I add, will go out of their way to tell you that they are absolutely not racist. Their impression of Meghan is that she’s a social climber, that she’s a gold digger who should have known what she was getting into, but at the same time, had this plan from the start, to manipulate Prince Harry to steal him away from his family.

There appears to be an age divide when it comes to people’s feelings about Meghan Markle.

Coming up with that straw-man version of a person requires taking several leaps. Whether or not Meghan’s critics are willing to acknowledge it, the portrayal of a woman of color as a seductress and manipulator has deeply racist roots that go back centuries, and that says nothing of how weirdly condescending it is to craft a narrative in which Prince Harry, one of the most privileged and powerful people in the world, has absolutely no agency in his own life or marriage. (As a side note: It’s kind of funny that the far right in America is so primed and ready to be against anyone who dares claim that they experienced racism that they would rather side with the, uh, actual British monarchy.)

Perhaps the most consistent through-line in the criticism — aside from the fact they want to do reprehensible things like earn their own money — is the notion that Meghan Markle is complaining. “Oh, she couldn’t handle being a princess, and now she’s whining to Oprah.” As someone who sat rapt on my couch throughout the entire Oprah interview, I can say it didn’t feel like complaining to me; it felt like a woman who had felt deeply frustrated by her inability to communicate her side of the story while the media turned her into a villain. She was just speaking up to defend herself. Why is that wrong?

I remember when the #MeToo revelations were first in the forefront of the public consciousness; some women, particularly older women, became upset by the stories some women shared about mistreatment at work.

From my non-scientific observations, there appears to be an age divide when it comes to people’s feelings about Meghan Markle. Younger people seem more sympathetic, less resentful of someone breaking with the seemingly arbitrary traditions of the royal family. Older people, particularly Baby Boomers, as a whole seem to take Meghan’s move toward autonomy as a personal affront.

It’s not a particularly original thought to point out that as people become older, change becomes scary. We become set in our routines, for one, and technological change threatens to make us obsolete, leaving us panicked and wondering if we’re going to need to learn how to make Reels if we want to keep our jobs as culture writers. But on a more fundamental level, larger cultural change threatens us with the possibility that our beliefs are fundamentally wrong. The jokes we made as kids aren’t appropriate anymore? But I thought those jokes were funny! Are you saying that I’m a bad person? Stasis is more comfortable than reckoning; rejection is easier than engaging with the possibility that the younger generation might be correct.

And so, someone like Meghan Markle can feel viscerally upsetting, someone who rejects a system, and explicitly criticizes it.

Being a member of the royal family is like signing up for a retroactive cold and lonely childhood at some terrible boarding school.

I remember when the #MeToo revelations were first in the forefront of the public consciousness; some women, particularly older women, became upset by the stories some women shared about mistreatment at work. We were treated like that, the older women said, and we didn’t complain! We understood that a pat on the butt was playful! Sexism was all in good fun! Speaking out was seen by them as turning yourself into a victim. To me, some of the anger toward Meghan Markle shares that same flavor of criticism: What right does she have to complain? Why couldn’t she just keep quiet and tolerate it?

Is it that empathy gets harder as we get older? Or is it that our worldview becomes crystalized by time? Maybe reevaluation becomes too difficult lest it take the entire structure down. If we admit that Meghan Markle — yes, even rich Meghan Markle, even divorced Meghan Markle, even American Meghan Markle — is worthy of kindness, of support, of being heard when she’s hurt, it stands to reason that the rest of us do, too. Maybe some of the anger people have toward Meghan Markle is a frustration they have toward themselves, the tiny nagging voice that they didn’t advocate for themselves when now it’s all too apparent that maybe they should have.