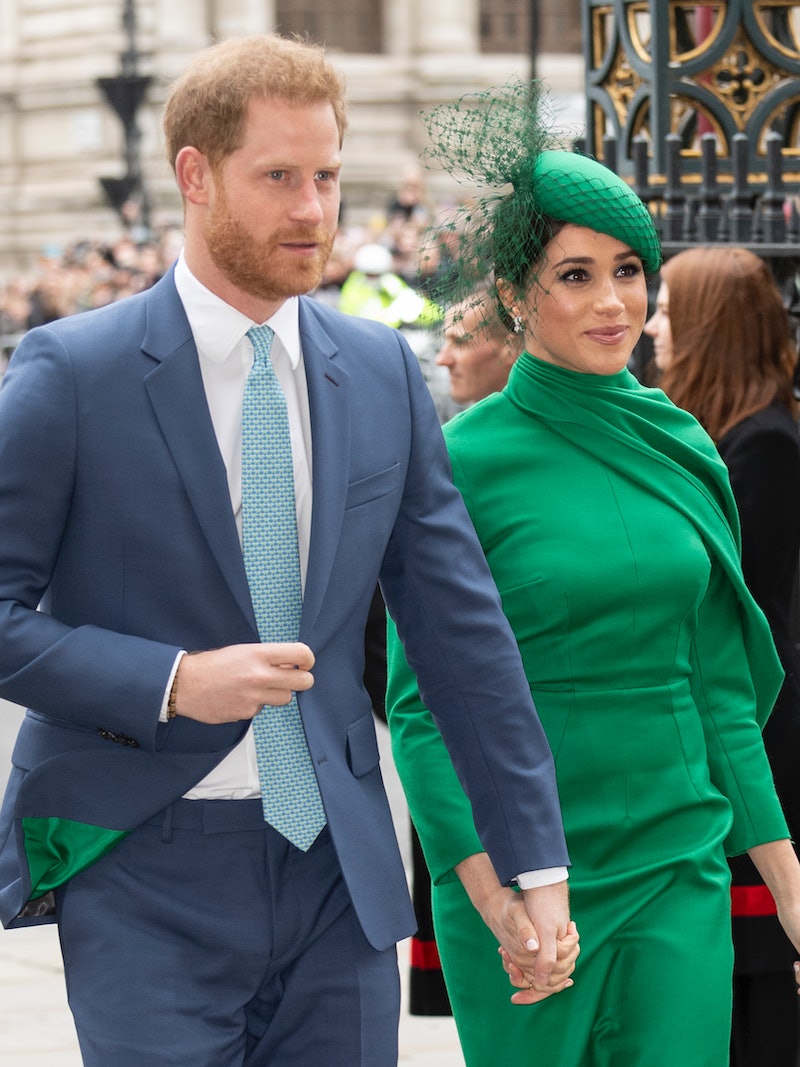 The Duke and Duchess of Sussex have joined efforts to support the crisis in Texas. Meghan Markle and Prince Harry helped a Texas women's shelter damaged in last week's winter storm, chipping in to repair the facilities with funds from the Archewell Foundation. On Sunday, the Genesis Women's Shelter & Support in Dallas shared a thank-you message for Markle and Prince Harry on Twitter, revealing that the couple had given them funds to replace the damage done in the winter storm.

"Today the news of our damages reached Prince Harry and Meghan, the Duke and Duchess of Sussex!" the shelter wrote. "Through their nonprofit, they are supporting us by replacing the roof at our transitional housing facility & helping us meet our immediate needs." The organization added: "THANK YOU, ARCHEWELL FOUNDATION!"

The damage and flooding caused by the severe weather in Texas forced Genesis Shelter, which provides safety, housing, and support for women who are victims of domestic violence, to close its doors for the first time in 40 years, according to People. The shelter posted on Twitter on Saturday to assure the community that, while major long-term repairs would be needed, the emergency shelter would be able to reopen thanks to "the support and generosity of people from all 50 states and five foreign countries."

Omid Scobie, a Royal reporter, shared a statement from Genesis Shelter CEO Jan Langbein on Twitter. Langbein reported that the gift from the Duke and Duchess of Sussex would not only help restore operations but would also shine "an international spotlight on violence against women and children, letting survivors know that they are not alone.” Meanwhile, Scobie also reported that the Sussexes are "heartbroken" over the crisis in Texas, tweeting that the couple hopes the donation "will bring relief, comfort, and certainty to @GenesisShelter as well as inspire others to help."

In February, Buckingham Palace revealed that Prince Harry and Meghan Markle would not be returning to their positions as senior, working members of the family, according to Glamour. The Queen confirmed that with stepping away from the Royal family, "it is not possible to continue with the responsibilities and duties that come with a life of public service." In their own statement to the news, Markle and Prince Harry shared, "We can all live a life of service. Service is universal."