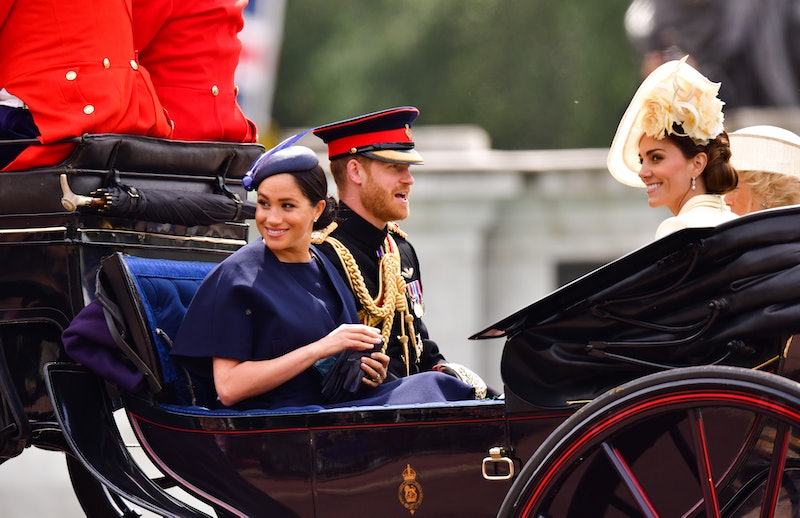 Many of us are hoping for more fun and festivities in 2021, hopefully with our loved ones around us. And it would seem the royals are among those looking to get the family back together this year, in honour of the Queen’s birthday. It’s been reported that Meghan Markle and Prince Harry have been invited to the her majesty's birthday parade in June. If they attend, it’ll be the first time that they’ll have been back to the UK since early 2020.

Meghan Markle and Prince Harry spent much of the past year LA with baby Archie. Due to travel restrictions they didn’t come back to the UK for Remembrance Sunday or Christmas. However, they may be heading to London in June in time for the Queen’s 95th birthday. The Sunday Times reported that Meghan and Prince Harry had both received invitations to her birthday parade on June 12. If the Trooping the Colour goes ahead it’ll be the first national event since lockdown in March 2020.

The BBC said that the Queen and Prince Phillip received their COVID-19 vaccine on Jan. 9 by a household doctor at Windsor Castle. The Sunday Times said that after last years celebrations were moved to Windsor Castle with reduced numbers, the Queen is determined to get “back to business.”

However like everyone else, the Queen’s birthday plans very much lie at the mercy of COVID-19 restrictions. A royal aide told The Sunday Times, “The current plan is for the Queen’s birthday parade to go ahead in London as normal, with the acceptance that it may need to be adapted or scaled back depending on what guidelines are in force at the time. But the aspiration and the ultimate desire is to make it happen.”

While the royals held out hope that 2021 would see a return to parties and duties as normal they announced that large-scale events would be ruled out again on Jan. 5 in line with Boris Johnson's announcement. A spokesperson told the Sun, “the decision has been taken that garden parties will not take place in 2021."

Birthday parties may be out of the question for now but the royal family may be reunited in June to raise a glass for the Queen.