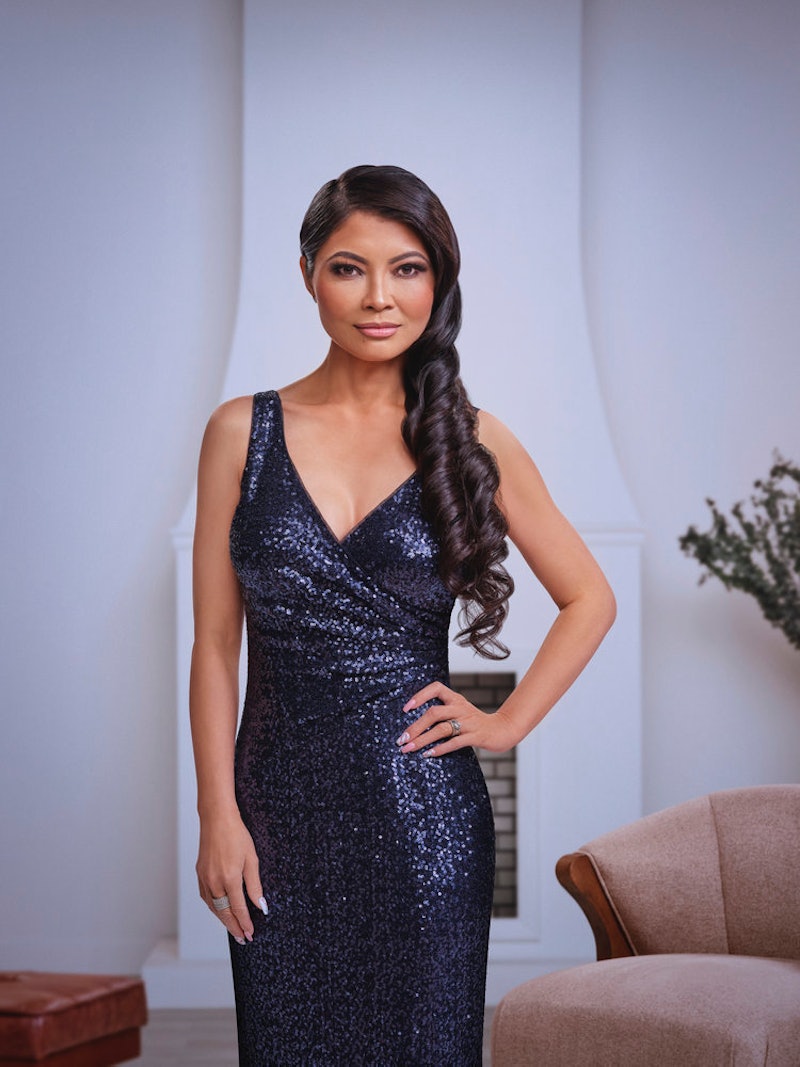 The Real Housewives of Salt Lake City drama has already been spilling into mainstream headlines this season (Exhibit A: Jen Shah’s legal battle against money laundering and wire fraud charges), but Season 2 will be wrapping up on an even more explosive note. RHOSLC newcomer Jennie Nguyen was fired from the show on Jan. 25, Bravo confirmed, after resurfaced social media posts pointed to a (very recent) history of posting racist imagery, as well as condemnation of vaccines and the Black Lives Matter movement.

After announcing that Bravo had “ceased filming” with the reality star in a Twitter statement, the network apologized for delaying to cut ties with Jennie sooner. “We recognize we failed to take appropriate action once her offensive social media posts were brought to our attention,” the statement continued. “Moving forward, we will work to improve our processes to ensure we make better informed and more thoughtful casting decisions.”

News of Jennie’s 2020 Facebook posts swirled in mid-January 2022. As Vulture reported, Redditor MontyBurner shared a collection of screenshots of offensive posts that Jennie shared — including a Blue Lives Matter flag and a cartoon encouraging violence against protesters.

The delayed firing comes six days after Jennie acknowledged the posts herself. “At the time, I thought I was speaking out against violence, but I have since learned how offensive and hurtful my words were,” she wrote on Instagram on Jan. 19. “It’s why I deactivated that account more than a year ago and why I continue to try to learn about perspectives different from my own. I regret these posts and am sincerely sorry for the pain they caused.”

Though Jennie is no longer part of the show, viewers may still see her again. According to a source cited by Entertainment Tonight, Jennie “had already filmed scenes for Season 3, including a sit-down confrontation with at least one co-star to discuss the social media scandal.” It’s unclear who that co-star is, but it wouldn’t be far-fetched to think it could be Jennie’s longtime friend and RHOSLC mainstay, Lisa Barlow. When news of Jennie’s posts broke, Lisa took to Instagram to write, “I do NOT condone, nor am I aligned with them. The posts were harmful and hurtful to a community that I love.” When a follower commented, “Say Black Lives Matter baby gorgeous,” Lisa replied, “BLACK LIVES MATTER!”

Whether or not the reported confrontation with an unidentified co-star will actually air, of course, is unclear.

In the meantime, viewers are celebrating Jennie’s exit — though, as many point out, she’s not the only Real Housewives star with a history of reported racism. (Last year, Real Housewives of New York City’s Ramona Singer was the subject of two formal complaints for “racist comments,” per Variety.)