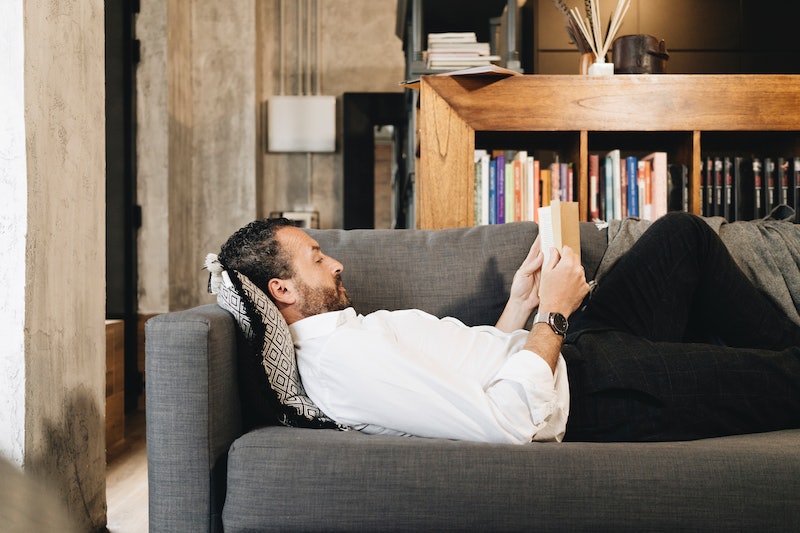 While Twitter typically isn't the place to go to spark joy, this week Books Twitter has devoted itself to a bit of humorous discourse: identifying and discussing the warning signs on men's bookshelves. Otherwise known as the books that should give their potential mates pause. Following a tweet from journalist Jess McHugh, bookshelf-centric tweets blew up users' feeds and spawned numerous variations, including some grossly misogynistic tweets about women's bookshelves and some truly funny and self-deprecating lists of "personal red flags."

This isn't the first time Twitter has seized the opportunity to dunk on cis men's tastes in decor. Back in 2018, a tweet about "male minimalism" — read: sad, unfurnished apartments — had users clamoring to share their stories of encounters with men's apartments in the wild.

Whether you've been following this Twitter trend from its inception, or you're just finding out about it now, these 25 tweets about men's bookshelves — and a few non-men's — will have you examining your own bookcases for cliché titles and other warning signs. If you're looking for a bit of levity, definitely take the time to amuse yourself with these hilariously on-point takes.